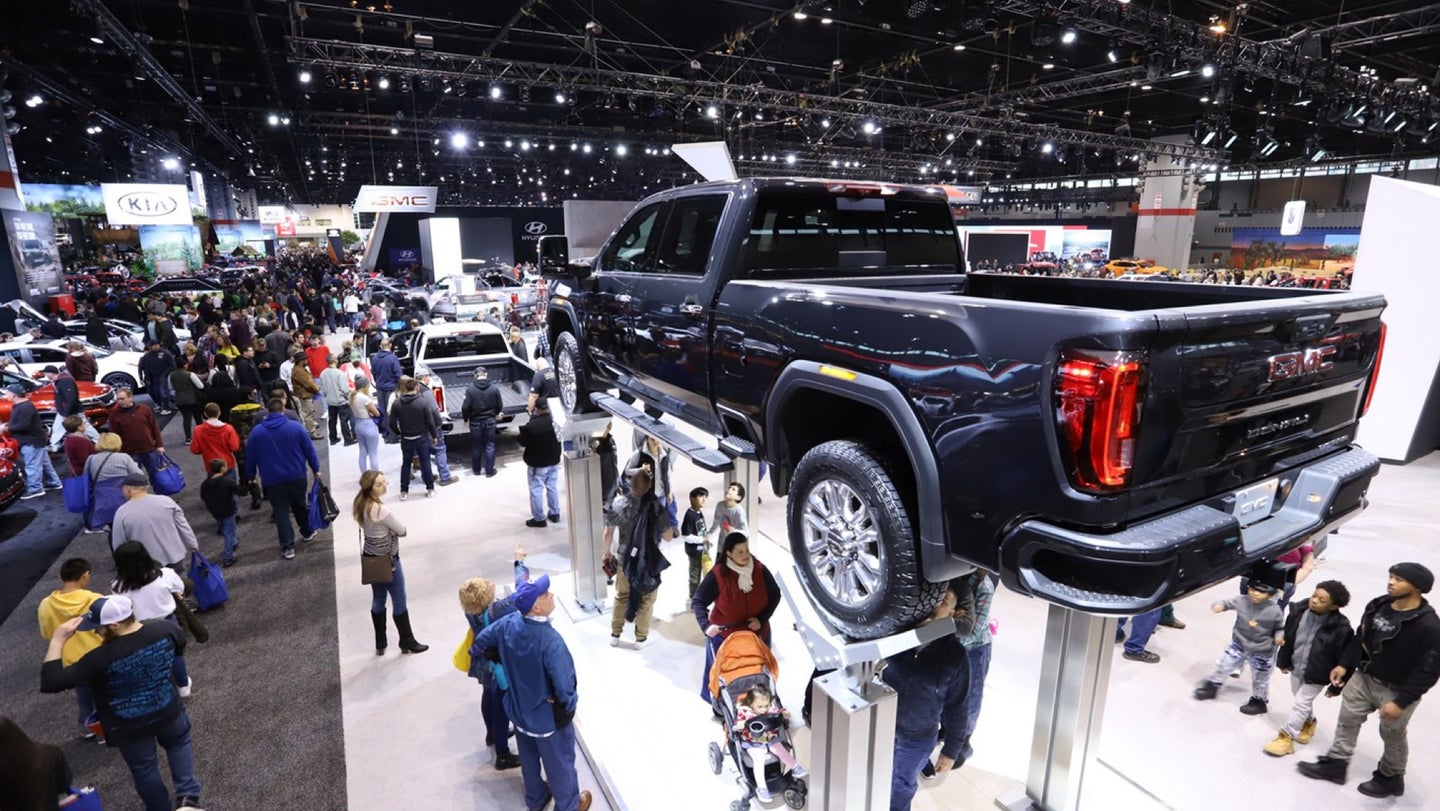 Organizers of the 2021 Chicago Auto Show announced today that the show will be delayed from February until a to-be-determined date in the Spring, Automotive News reports. The auto show is the most consumer-oriented of the major shows in the United States, with reveals that typically focus more on what regular folks will buy.

The reason for the delay probably goes without saying at this point, but just to confirm your wild guess here, yes: it's because of the ongoing coronavirus pandemic. Chicago Auto Show Senior Director of Communications and Technology Mark Bilek told Automotive News:

"At this point, with the recent increase in [COVID-19] cases, it doesn't look like February is realistic, so we wanted to make sure that we let people know that we're still very excited about trying to have a show in spring of 2021, at some point, be it in March, April or May."

The auto show was originally set to run from February 13-21, 2021. Bilek told Automotive News that they don't want to announce a date only to move it once the situation changes, which is why the Spring date remains TBD for now. The automotive show is working with both the state and city health departments to nail down an appropriate date. Currently, the auto show has submitted revised plans to both the city of Chicago and the state of Illinois that are awaiting approval.

Another thing the Chicago Auto Show organizers are keeping in mind is the number of other rescheduled dates for other shows. As Automotive News notes, the Los Angeles Auto Show is scheduled for May 2021, New York in August 2021 and Detroit in September 2021. Meanwhile, Canadian auto shows in Montreal and Toronto have been cancelled outright, even though they were supposed to be all-digital for 2021. However, as we're all used to by now, circumstances could change yet again, and those dates could be affected, too.