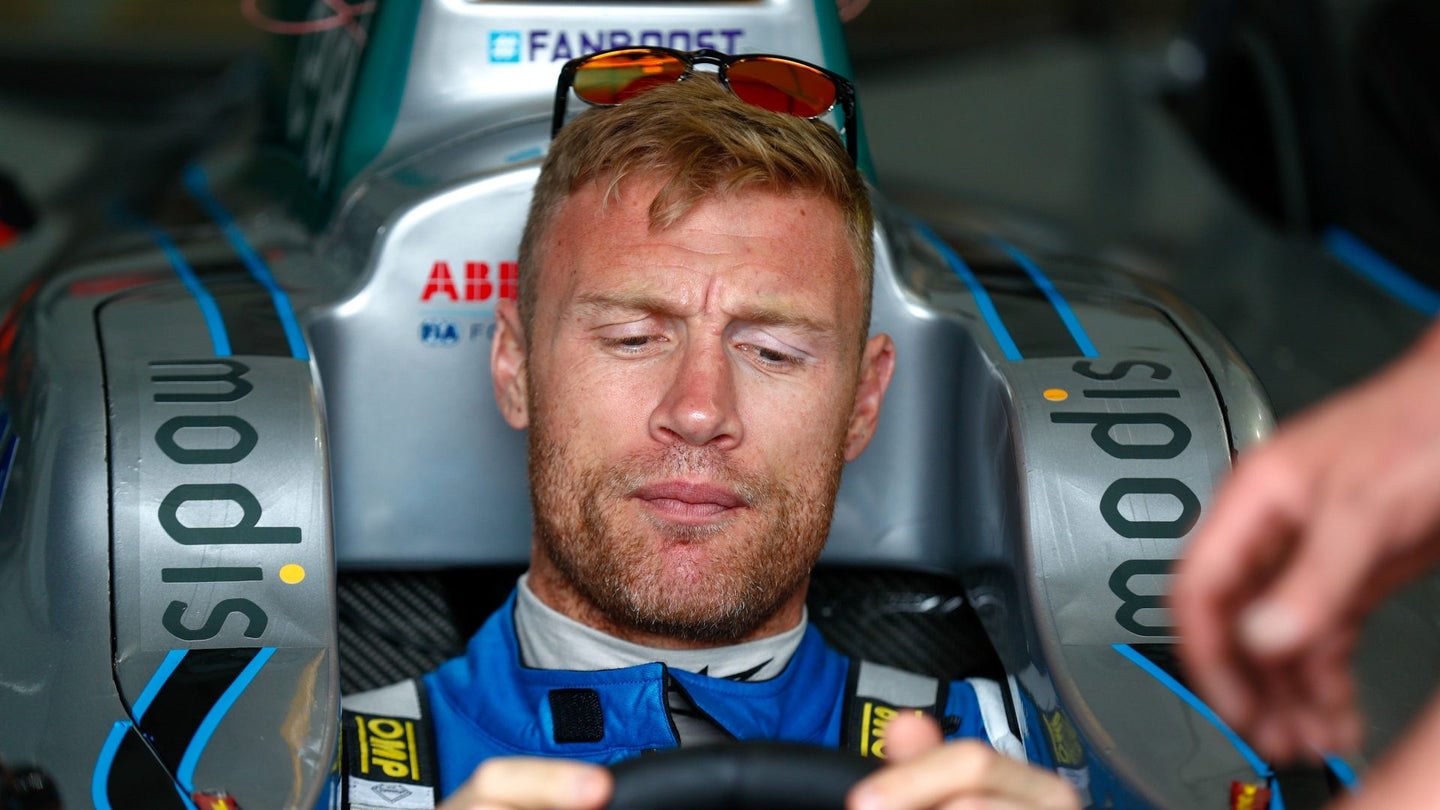 It looks like the next season of Top Gear will once again feature a headline-making vehicular mishap. Host Andrew "Freddie" Flintoff is reported to be "absolutely fine" after a harrowing accident on what's known as a Time Bandit tricycle—a machine that looks like a cross between a three-wheeled Can-Am Spyder and a prone bicycle—according to the BBC.

It happened during a drag race against costars Chris Harris and Paddy McGuinness. Judging from photographs and video allegedly captured earlier in the day, the trio was out filming a three-car item featuring an Aston Martin Vanquish, Ferrari Portofino, and a Porsche 911. How the Time Bandit trike fit in is unclear but in any case, Flintoff was believed to be traveling at 124 miles per hour when he "ran out of runway."

"He was going flat out," a witness told The Sun. "Then there was an almighty bang. Dust was flying everywhere and everyone raced over."

Notably, it didn't happen at Top Gear's own test track in Dunsfold but instead at Elvington Airfield, the same location Top Gear alum Richard Hammond crashed a jet-powered Vampire dragster at 288 mph back in 2006, leaving him in a coma. "[Flintoff] was so lucky it wasn’t worse, especially after Richard Hammond’s crash," the witness added. "Freddie may not have been going at the same speed but it could easily have been a similar outcome."

Flintoff, meanwhile, reportedly did not require any medical attention and seemed more concerned with how the whole thing would translate on-screen.

"I'm absolutely fine and was back filming today," said Flintoff. "I go to great lengths to make sure I do well in Top Gear drag races but on this occasion, I went a few lengths too far! It will look more ridiculous than dangerous when you see it on TV."

In a statement, a BBC Studios spokesperson said, "The health and safety of our presenters and crew on Top Gear is paramount. As viewers of the recent series will have seen, Freddie is often keen to get 'off the beaten track.' Tuesday's filming at Elvington Airfield was no exception—but he suffered no injuries as a result of his spontaneous detour, as fans will see for themselves when we show the sequence in full in the next series."