A decade’s worth of collective work came down to this very (tense) moment. 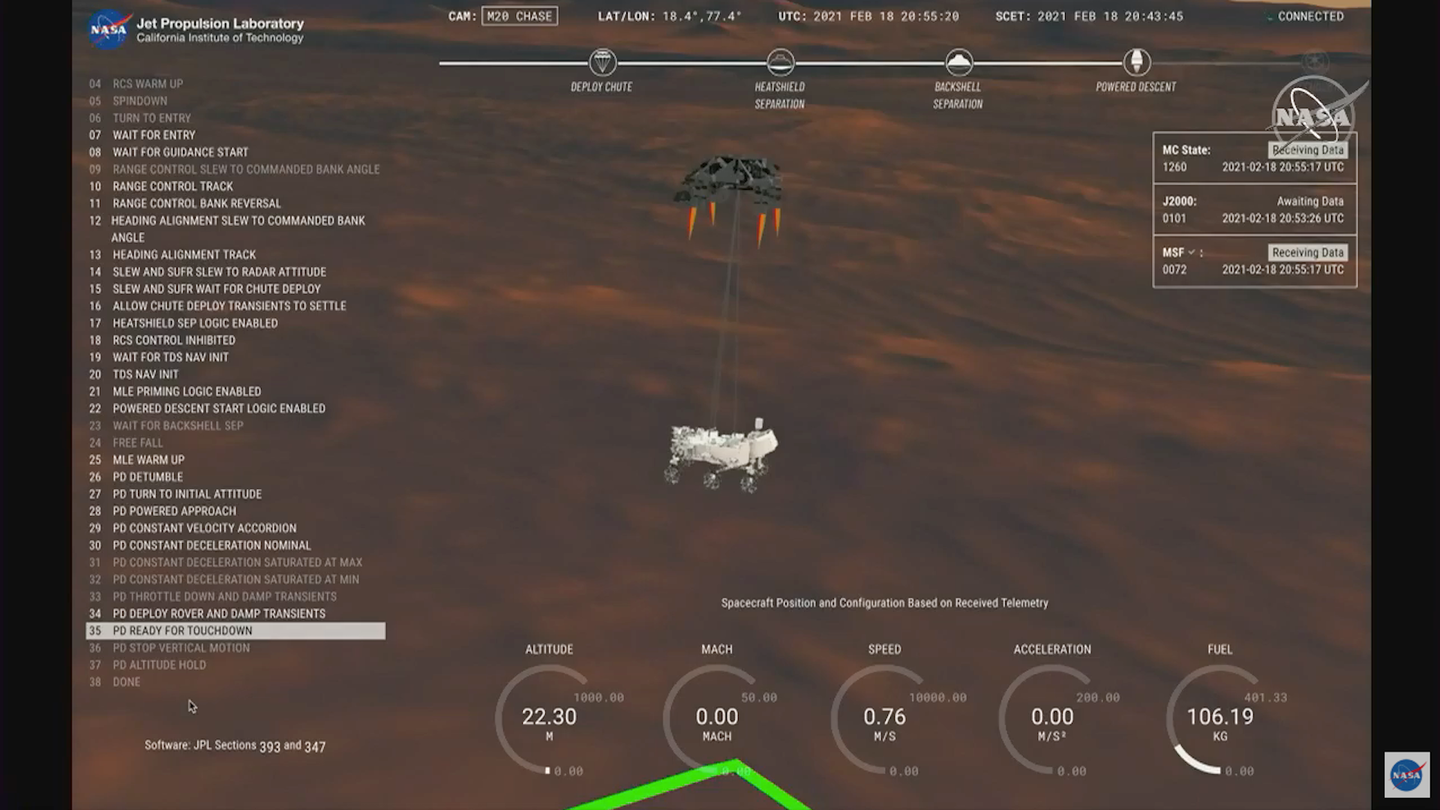 NASA's advanced robotic explorer, dubbed the Perseverance Rover, successfully landed on the surface of Mars today after what NASA personnel described as "seven minutes of terror." The nickname for the approach and landing procedures highlights just how nerve-wracking navigating the rover onto the planet's surface truly was. Perseverance took off from South Florida in July and is the culmination of 10 years worth of collective work.

Perseverance, the successor to "Curiosity," has been traveling through space for the last several months on a United Launch Alliance Atlas V rocket in preparations for today's events. Designed to live on the planet's surface for up to a year, Perseverance is tasked with collecting ground samples and investigating possible life forms, as well as experimenting with atmospheric conditions and other Mars-specific variables known to man.

Upon landing, it captured and shared the image below:

The nuclear-powered six-wheeled explorer is one of five Mars rovers to conquer the terrain, but as NASA explained, things don't always end up on a positive note. Out of the 14 attempts that have been made to land on the planet, nearly 50 percent have failed. All eight spacecraft that have pulled it off are American.

The landing procedure, as you may have expected, is quite a tricky affair. First, the rover must detach itself from the supportive ship, only to begin the aforementioned "seven minutes of terror" approach at an approximate 12,000 to 13,000 miles per hour into Mars' atmosphere. Following the high-speed endeavor, in which the heavy-duty heat-shield gets put to the test, the rover can deploy its thrusters and correct course as needed.

Once within reach of the surface, Perseverance's supersonic parachute comes into play, slowly lowering the nearly-priceless rover. All in all, the cost of the Mars program is a staggering $2.7 billion.

CNN reports that Perseverance is bringing along a rather touching memento to Mars: a tribute to healthcare workers around the globe. Per the report, a 3x5-inch aluminum plate installed on the chassis of the rover with a serpent intertwined around a rod, which is the ancient symbol of the medical community.

"We wanted to demonstrate our appreciation for those who have put their personal well-being on the line for the good of others," said Matt Wallace, Perseverance deputy project manager at NASA's Jet Propulsion Laboratory in Pasadena, in a statement to CNN.

"It is our hope that when future generations travel to Mars and happen upon our rover, they will be reminded that back on Earth in the year 2020 there were such people."

With a 60 mph top speed and between 70 and 120 miles of range, this sixties car is on par with some cheaper modern-day EVs.