Toyota hopes to put a hydrogen-powered, pressurized rover capable of supporting two people on the moon by 2029. 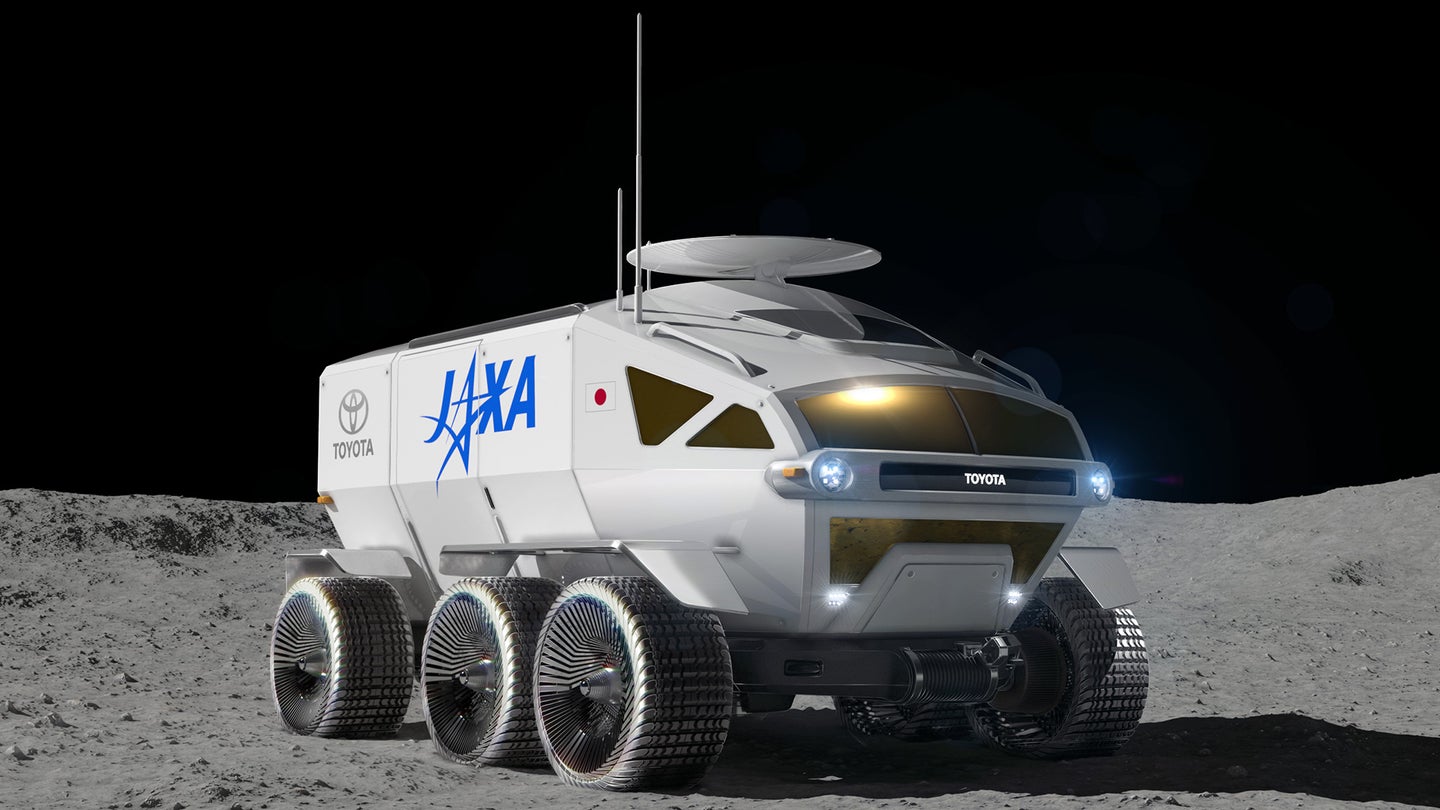 Tesla CEO Elon Musk has high-flying plans to colonize Mars, while Toyota aims to drop something that looks like a futuristic RV onto the Moon.

Toyota announced its intentions to go into space at a joint session held today with JAXA, the Japanese equivalent of NASA. The meeting took place at Tokyo’s Toranomon Hills, and it was in a fight for attention with a big press conference at Nissan in nearby Yokohama, where less far-reaching matters were discussed, namely how the Renault-Nissan-Mitsubishi Alliance wants to spend its life after Carlos Ghosn. The umpteenth installment of the Ghosn soap attracted more media.

Together with JAXA, Toyota wants to heave a 20 by 17 ft  six-wheeled vehicle onto the moon.  The vehicle has living space for two in a sealed and pressurized cabin. In a pinch, four can cram into the vehicle. Being a Toyota, of course the moon-RV will be hydrogen-powered, offering an eye-watering range of 10,000 km (6,200 miles) on a single tank.

According to JAXA VP Koichi Wakata, the first hydrogen-powered lunar rover is scheduled to be launched in 2029, and a fleet of them “will be an important element supporting human lunar exploration.”

In Tesla-time, Musk plans to send humans to Mars anywhere between 2024 and 2032. It will be interesting to see who will conquer space first, a Tesla, or a Toyota.