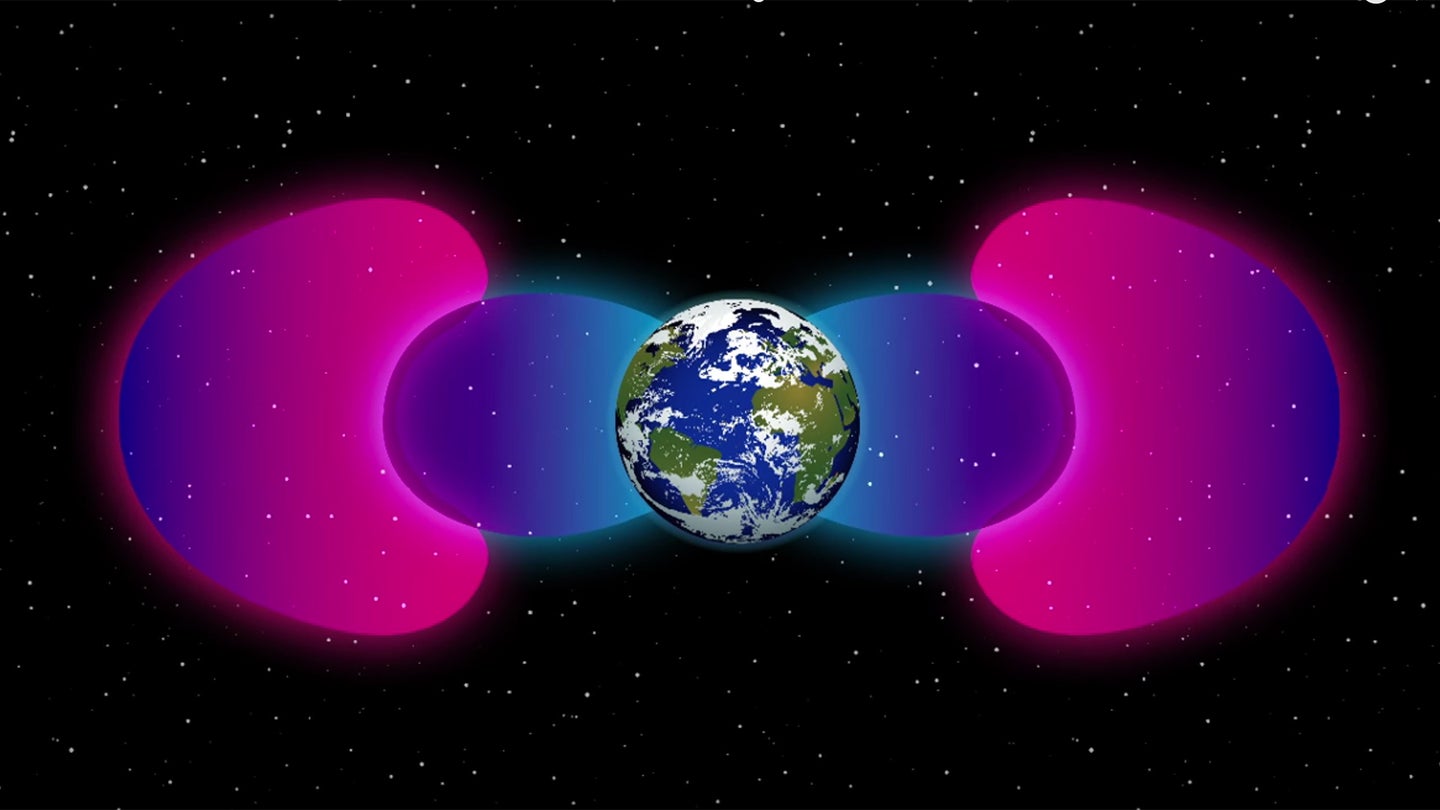 Talk about unexpected benefits. Without even realizing it, humankind has created an artificial shield around the planet Earth, NASA says—one that could help protect mankind from future catastrophe.

The unexpected barrier, which was detected by NASA's Van Allen probes, was created by the interaction between man-made very low frequency (VLF) radio waves and charged particles in space. NASA says this interplay can, when conditions are right, actually create a de facto barrier that can block high energy particle radiation from hitting the Earth. Or, to put it another way, humanity has raised deflector shields around the entire goddamn planet.

VLF radio was widely used for cross-country telegraph transmissions in the early 20th century; in more recent years, however, it's been used largely to communicate with submarines traveling beneath the surface. The powerful VLF transmitters are capable of blasting waves across thousands of miles of air and water alike—but they also travel off into space, slamming into particles.

In fact, NASA's research has found that the so-called VLF bubble extends directly to the edge of the Van Allen radiation belts, twin bands of charged particles surrounding the planet that are created by the interaction of the Earth's magnetic field and the torrents of solar wind blowing outwards from the Sun. According to NASA, Dan Baker, director of the University of Colorado’s Laboratory for Atmospheric and Space Physics in Boulder, hypothesizes that without human VLF transmissions, the Van Allen belts would wrap more tightly around the planet. (He also named it the "impenetrable barrier," which is kind of misleading, but still an incredibly awesome name for a scientist to be bandying about. Especially if he's talking about an energy shield around the Earth.)

Now that scientists have figured this out, NASA says it intends to test the shield by intentionally blasting VLF into the upper atmosphere to see if people can purposefully manipulate the field. If they can, the "impenetrable barrier" could theoretically be strengthened to better protect the Earth from solar storms, which could theoretically knock out most modern technology in a stellar bout of pique.