A throwback to the future. 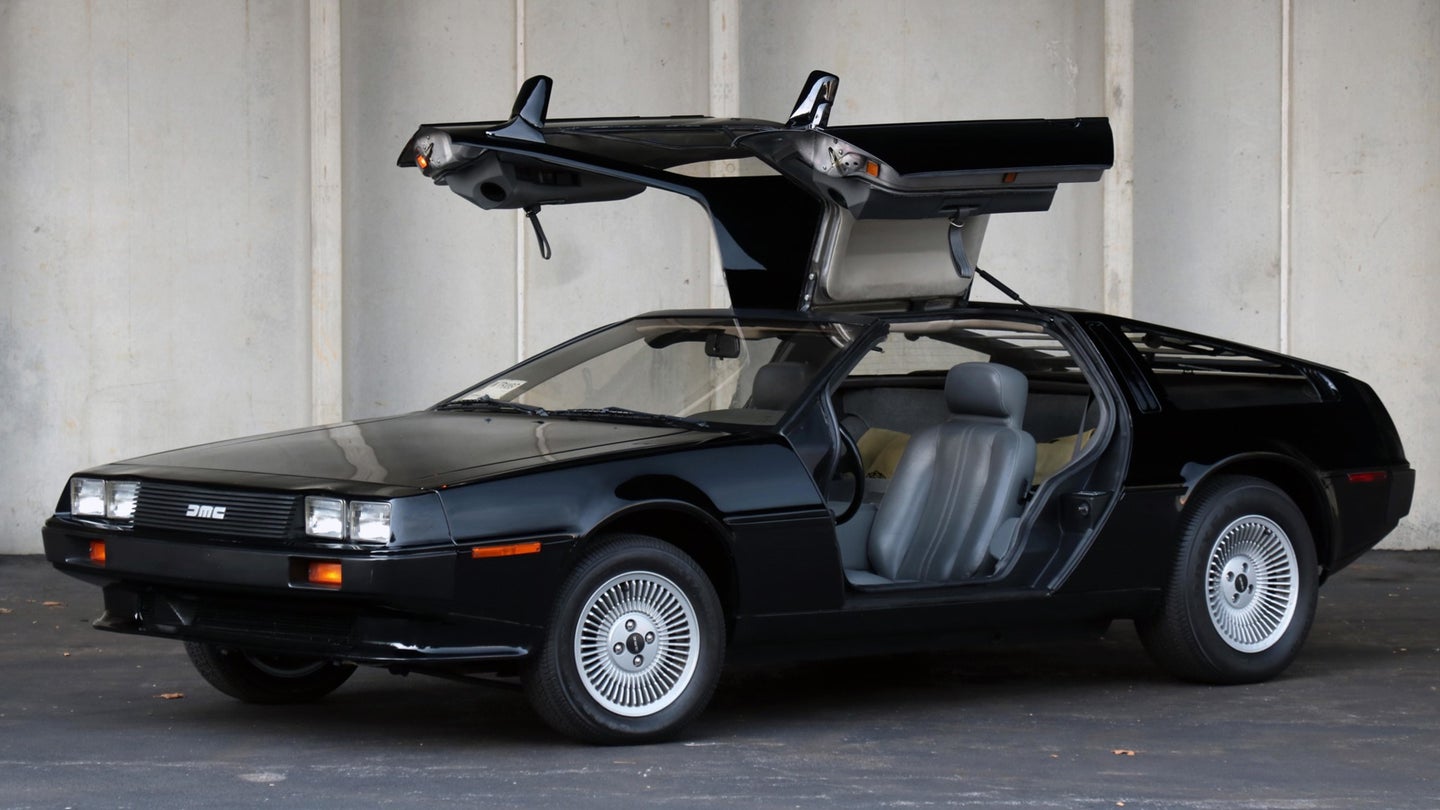 The DeLorean DMC-12 is one of those cars that everyone recognizes despite its short-lived presence on the market. In fact, the car didn't earn its notoriety until it became a movie star in the hit film Back to the Future, well after vehicle production ended and the company went belly-up. Much like a cult-classic movie, the DMC-12 became a collectible and as the years went on, the cars began to increase not just in mileage, but also in value.

Much like the car's movie persona, this particular example that just sold for $31,751 on Bring a Trailer is stuck in time. Not only has the 1981 model been extremely well preserved over the past 38 years, but its odometer has only racked up a mere 5,900.8 miles in that time, making it one of the lowest-mile DeLoreans known to still exist.

Even though the car has barely been used, it's received meticulous maintenance—fueling, ignition, and cooling component overhauls have been made over the past year, as well as various fluids and sensors swapped out for more modern equipment. The offering seller even had the cars sagging headliner replaced to ensure it was in tip-top shape before it makes its way to the next owner.

Still, there's just one factor that might have affected the price: paint.

Despite rumors suggesting otherwise, DMC never produced a factory-painted car. It did, however, contact a third party paint shop to explore the option of painting its gull-winged masterpiece. As such, three examples were sent from the factory in Ireland to a subcontractor in the USA: one was painted black (serial 667), one red (serial 661), and one yellow (serial 672). According to DMC, only one of these cars remain untouched.

After using the three examples as DeLorean company cars, the automaker sold them off around the time it went bankrupt following the arrest of founder John DeLorean in 1982. The red car was eventually sold to an individual who, unaware of its historical significance, stripped it down to bare metal. The black car made its way to New Jersey where it is said to have been repainted blue. Finally, the yellow car was last known to be in its original painted condition and last resided in Pennsylvania as of 2018.

Sadly, this isn't a factory painted example. In fact, this particular variant has been painted black only to cover up the previously-pink coating that the original owner commissioned to have painted over the factory brushed stainless steel finish. Perhaps the best move would be to actually build Doc Brown's time machine and prevent the original owner from painting it to begin with. But as this auction shows, painted DeLoreans just don't fetch as much as stainless variants.

The seller, Performance Auto Gallery of Gaithersburg, Maryland, has a long-standing history with dealing DMC-12s. It has previously sold a 7,000-mile car for $41,111 as well as a 1,600-mile automatic example for $30,250 in 2018. Another seller unloaded a similar-mileage, unpainted variant earlier this year for more than $38,000.

Realistically, if it wasn't for the car's exposure on the big screen, the DMC-12 may have undergone the same forgotten treatment of any off-brand born of the Malaise era. Despite the car being the product of some of the biggest names in the game (a powertrain by Peugeot, Renault, and Volvo plus a chassis engineered by Lotus), Its high price tag made it too difficult for most people to look past the car's bloated weight and abysmal performance.

But $31,751 for a 6,000-mile cult classic car is far from unreasonable—you probably would be hard-pressed to find another unless you actually went back in time.