It’s thirsty business as usual—albeit less so with the hybrid—while we wait for the electric F-150s to hit the market. 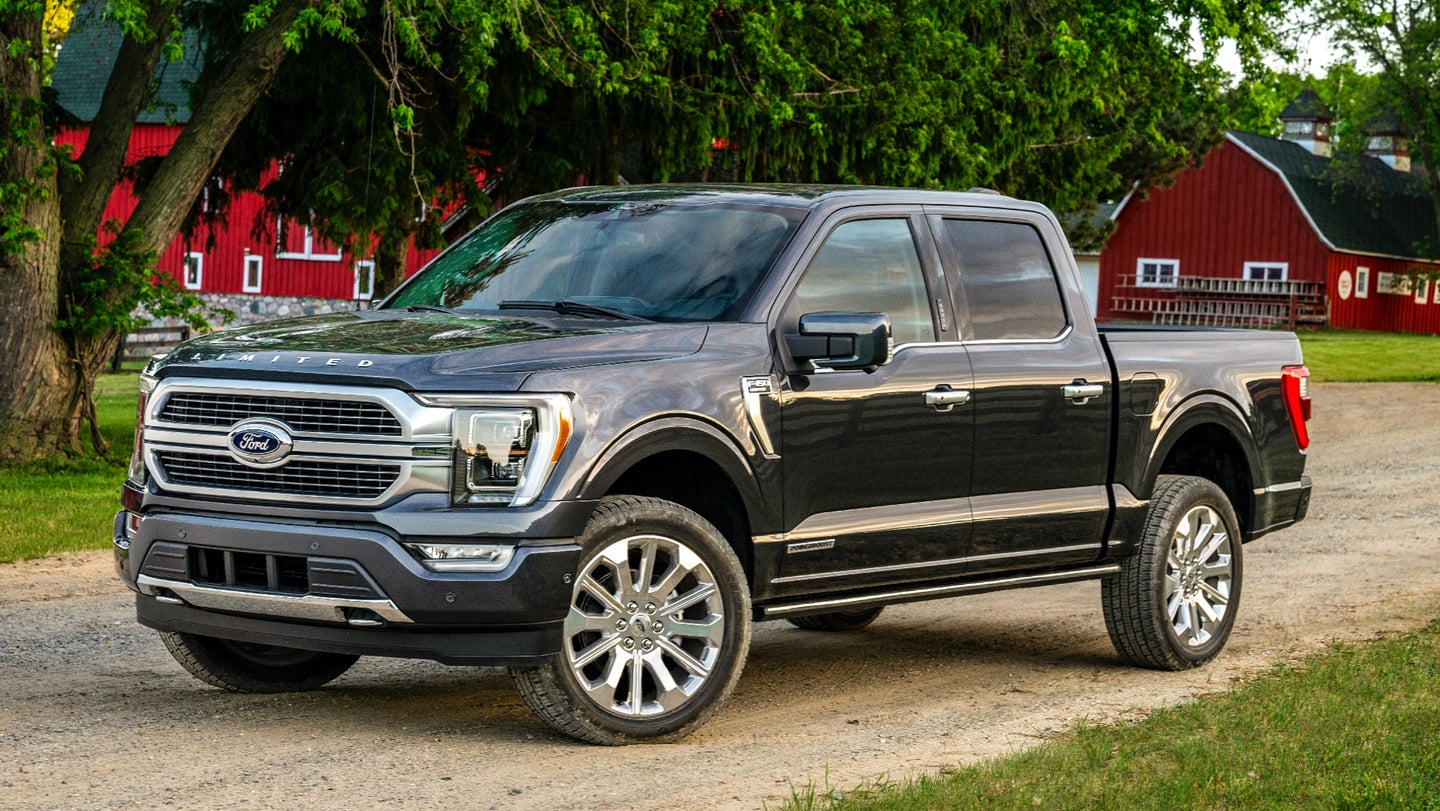 The U.S. Environmental Protection Agency's official fuel economy ratings are out for the new 2021 Ford F-150 and they're not that far off from the outgoing generation's ratings. What, were you expecting punch and pie?

This won't be the case for long, though, because the F-150's average fuel economy across the board is about to drop thanks to the soon-to-come full-electric version of the popular pickup.

The F-150 Gen 14 forums spotted the new figures out today on the EPA's website for the gasoline versions of the trucks. Figures for the 2021 F-150 range from 19 to 24 combined city/highway MPG on regular gasoline. Notable omissions from the 2021 model year list are the diesel models (which got the best fuel economy in the outgoing 2020 model), the tricked-out Limited trims, the upcoming Raptor and the upcoming full-electric F-150. We're still not sure when exactly when the full-EV F-150 will drop, but we do know that it won't be long before we see it.

All of the above mentioned trucks have automatic transmissions and run on regular gasoline, and if you're curious, you can see the FlexFuel versions' E85 ratings on the EPA's site here. As noted above, this isn't all that far off from the 18 to 22 combined MPG that the similar 2020 F-150s got from the EPA, which you can browse here. However, it's also worth noting that the 3.5-liter EcoBoost Turbo V6 and the 5.0-liter V8 both have increased power and torque for 2021.

The new 2021 F-150 PowerBoost hybrid might be a little bit of a letdown if you were hoping for a big mileage bump. It's rated for 24 combined MPG, with 24 MPG city and 24 MPG highway. Various versions of the 2020 F-150 with the 3.0-liter six-cylinder turbodiesel also had a combined MPG of 24, so while the emissions no doubt improved in the most miserly-with-fuel F-150, the mileage really didn't.

Then again, the hybrid is the heaviest of the new F-150s with curb weights that ring in between 5,228 and 5,540 lbs, per Ford's own spec sheet. The outgoing diesel models didn't have to lug around big batteries, so that hybrid F-150 is far more impressive than it sounds on the EPA list, especially considering that the hybrid drivetrain gives you the most powerful F-150 in the lineup so far with 430 horsepower and 570 pound-feet of torque. It's also only listed in four-wheel-drive trim on the EPA's website, which typically uses more fuel than the two-wheel-drive version.

A quick comparison of the curb weights listed by Ford for 2021 and on Car & Driver for 2020 showed that none of the other trucks had a wild change in curb weight for the new generation.

It should be interesting to see just how heavy and how efficient the new electric F-150 is. I, for one, welcome our new cheap-to-fuel tow pig overlords.