Looking for a unique whip without breaking the bank? Say no more. 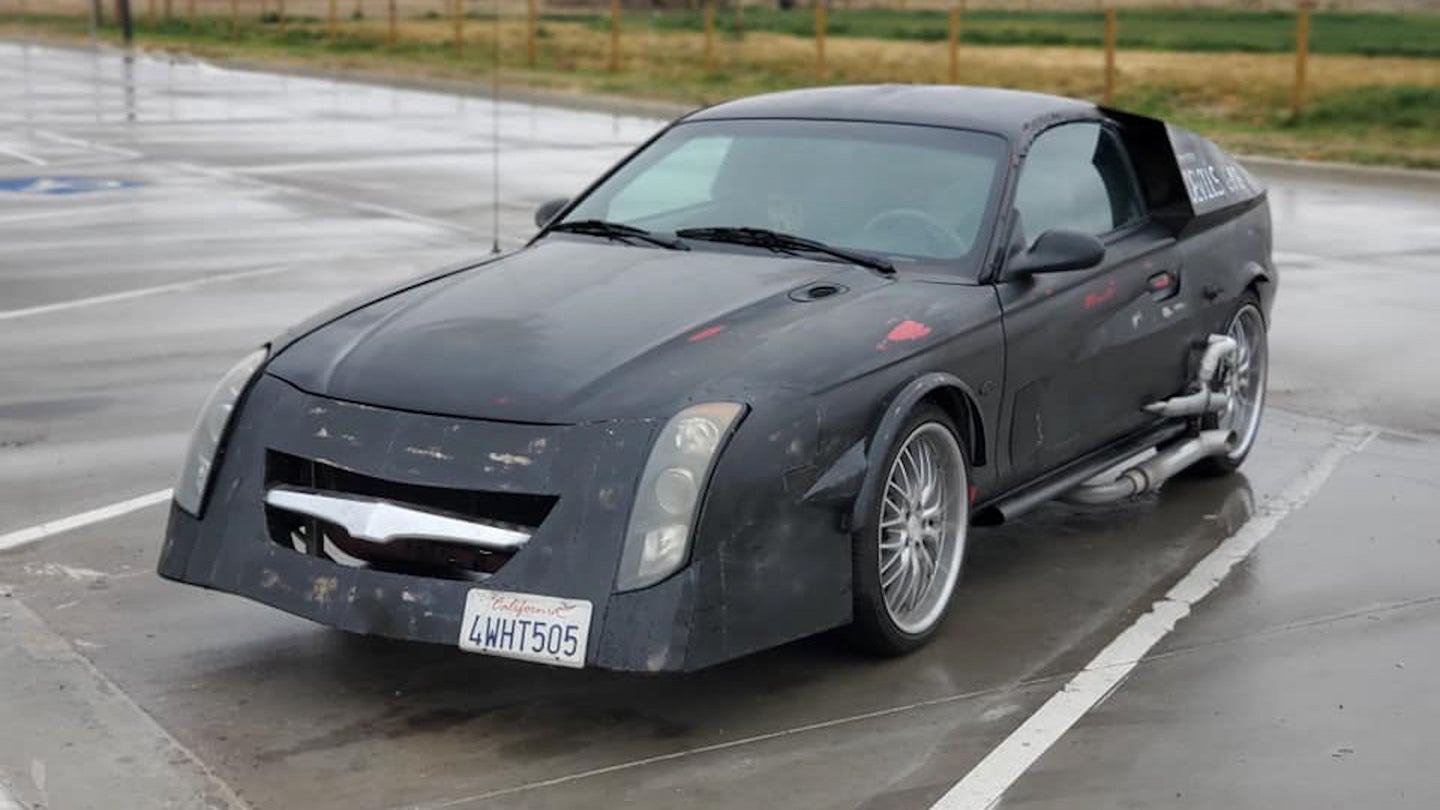 Sometimes people get so carried away with the fact that they can do something that they don't stop to think about whether they should. An extreme case of that sentiment is what we're looking at here: A 1998 Ford Mustang for sale on the San Antonio, Texas Facebook Marketplace that's had some, err, homemade modifications performed.

The listing claims the car to be a V6 model and, as we glean from the photos, we can see that it features an automatic transmission. Back in 1998, the 3.8-liter V6 produced a yaw-worthy 150 horsepower and 215 pound-feet of torque. The transmission choices were a five-speed manual or the five-speed auto found in this thing. We're at least thankful for the fact that the builder didn't ruin a V8 Mustang GT, but then again, this thing looks to be right at home on Facebook, where we typically find oddball creations.

Looking past the faded black rattle-can paint job, which is nearly impossible to do, we can see what appear to be functional side-exit exhaust pipes, a faux side air intake system, and some sort of fuel delivery system that involves a red cylinder and metal brackets. All of that is before we get to the car’s body kit, which is the Mustang’s most noticeable feature by far. A quick Google search for aftermarket bodywork can easily locate some truly "glamorous" 'Stangs, but none come close to reaching the looks of this SN-95 example.

After all the effort that went into making the exterior look the way it does, the interior was left in stock condition. The seats and dash appear to be in great shape for the 156,000 miles that the car has traveled, so it’s clear that somebody cared at least a little bit about its condition. It also shows that the owner looked after the parts of the car they could actually see while driving, though the same can’t be said about the exterior.

The car appears to pay tribute to Devil’s Gate which is, as far as we can tell, a rock formation on the Sweetwater River in Wyoming. We could be way off base, however, because the expertly applied text on the side of the Mustang states that it was established in 2074, so it’s possible that our 2020 brains just aren’t ready for this level of thinking.

Either way, this is a one of a kind car—and we're okay with that.