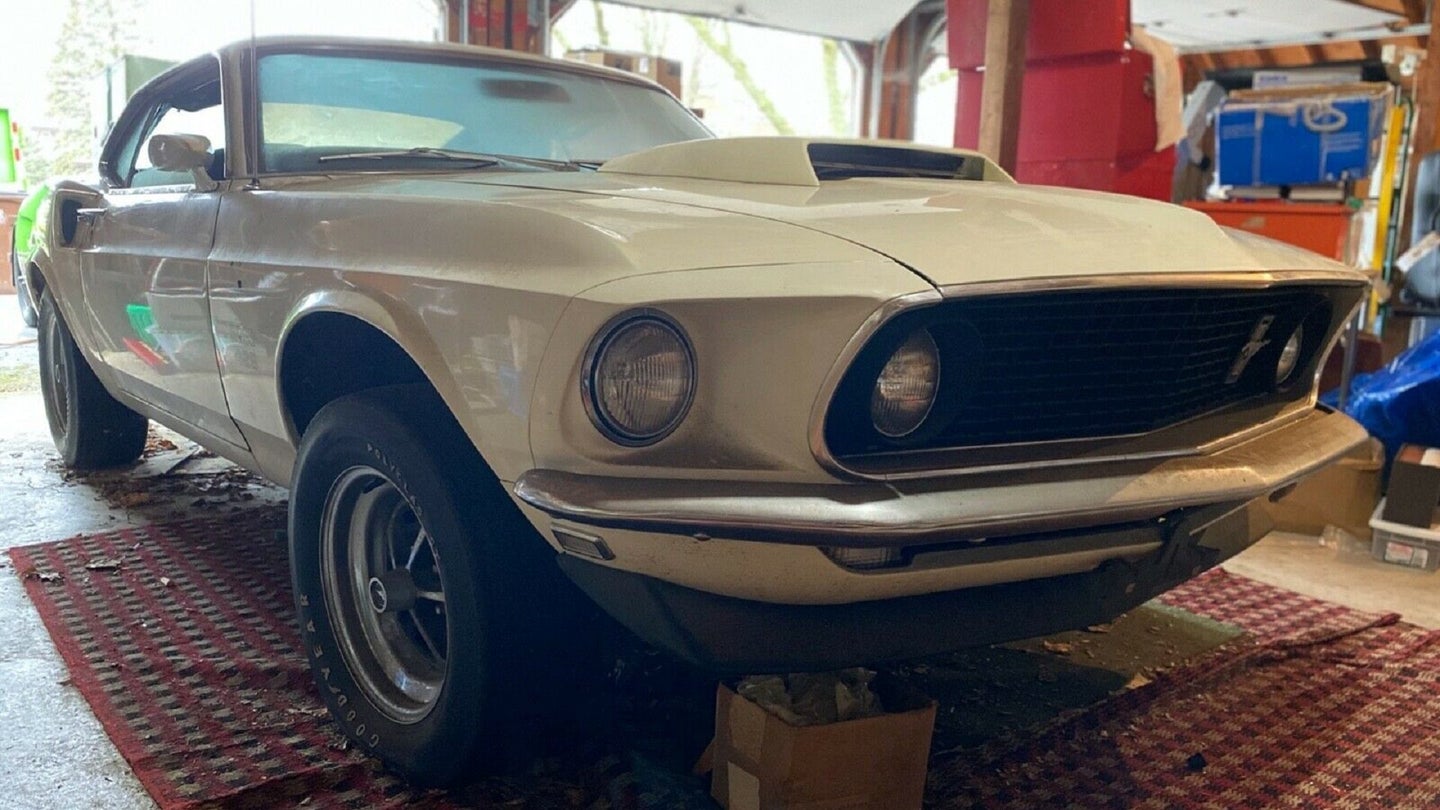 Car museum curators may want to check in between their couch cushions for an extra couple hundred grand (and get their restoration guy on the phone) because spotted on eBay is a 1969 Ford Mustang Boss 429 with just 13,271 original miles.

Brought to our attention via Road and Track, this barely used, completely stock, four-speed manual Mustang was apparently purchased from its original owner back in 1981, driven 30 miles to its current location, and has not been driven since. Low miles and limited activity don't make this a Concours-grade Mustang, though, and judging by the photos, it doesn't look it's been washed since 1981 either. There's a good amount of dust and grime coating pretty much all surfaces; the windows are unusably hazy; and light rust can be seen caked underneath the trunk lid and in the engine bay. Stuff like this is essentially why car-bubbles are a thing.

Plus, given the fact that this car hasn't been driven in almost 40 years, most if not all of its rubber components will undoubtedly need to be replaced. We'd probably start with the tires. Nevertheless, the auction's highest bid sits at $165,100 as of this writing, which isn't enough to clear the undisclosed reserve set by the seller. As a reference, a pristine, show-car quality example was listed for $429,900 several years ago.

When new, the 1969 Boss 429 generated 375 horsepower and 450 pound-feet of torque from its 429-cubic-inch V8—the most powerful factory Mustang at the time, hence its name. In other words, get this thing to the right restoration shop/body guy/detailer and this might be the classic Mustang to end all classic Mustangs.