This eBay-Find, SEMA Built Ford Mustang is Missing Four Cylinders, But Does That Matter?

Will it reach its reserve price without a V8? 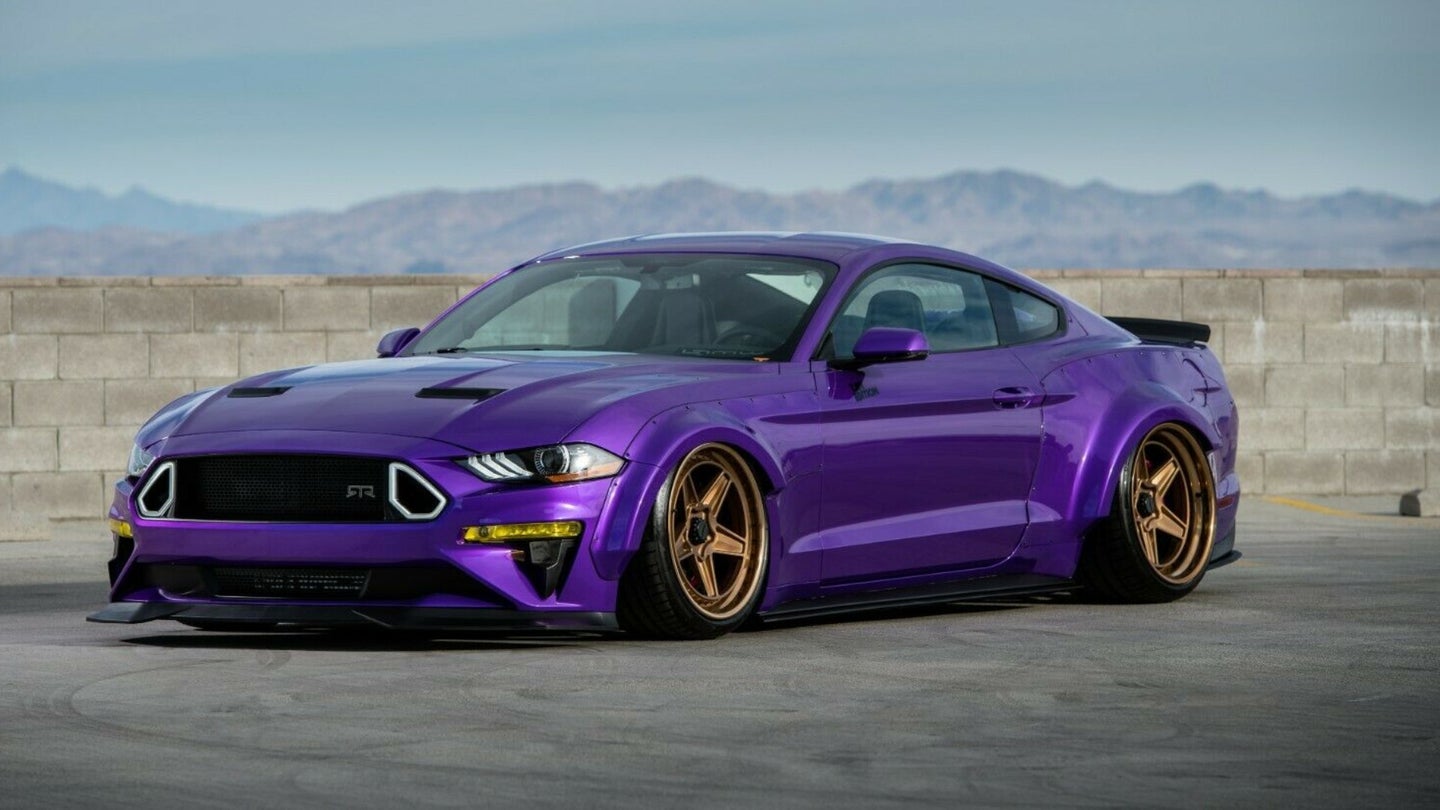 It's amazing what you can find on eBay. From the obscure to the ridiculous, there is a good chance eBay has a listing for it. In this case, a former SEMA-built 2019 Ford Mustang EcoBoost that was on display at the Ford booth at SEMA 2018 is up for grabs, and it's more interesting than you may think.

According to Motorious, the car was built by Neil Tjin, and every aspect of this Mustang has been modified. The car has everything one could want in a "modded" Ford Mustang. It has an RTR wide-body kit dressed in a custom BASF Majestic purple paint job that could make a Lamborghini turn green with envy. It sits low thanks to a fully adjustable Air Lift suspension featuring ViAir compressors.

The 20-inch wheels are center lock Forgeline finished in two-tone bronze that works beautifully in contrast to the purple exterior paint. Inside, you get Recaro leather seats and Kicker audio system complete with subwoofers and amplifiers in a custom trunk enclosure.

However, when you look at this car, one assumes it will have a 5.0-liter Coyote rumble to complement the RTR wide-body kit. Never mind the fact that Tjin programmed a custom tune on the EcoBoost along with Borg Warner turbo, race-spec intercooler, and manifold, with a Ford Performance exhaust and Baer brakes. But, paying $55,000 for a four-cylinder Mustang is a thought that doesn’t sit well with most.

The next owner of this custom Mustang is going to simultaneously not care what people think and want to be seen. You know he or she is going to get “could’ve gotten a new GT for less money” remarks on a regular basis. But I could be wrong. EcoBoost Mustangs have their own following, and the stigma of driving a four-banger pony car isn’t as common anymore.

At publication time, the eBay listing on this SEMA Mustang has 11 days before the auction is closed with a buy now price of $54,999. Granted, this is a unique Mustang that will turn heads and collect likes on social media, but will the 2.3-liter turbo EcoBoost engine prevent it from reaching its reverse price?