Not all of ’em are bound for the crusher. 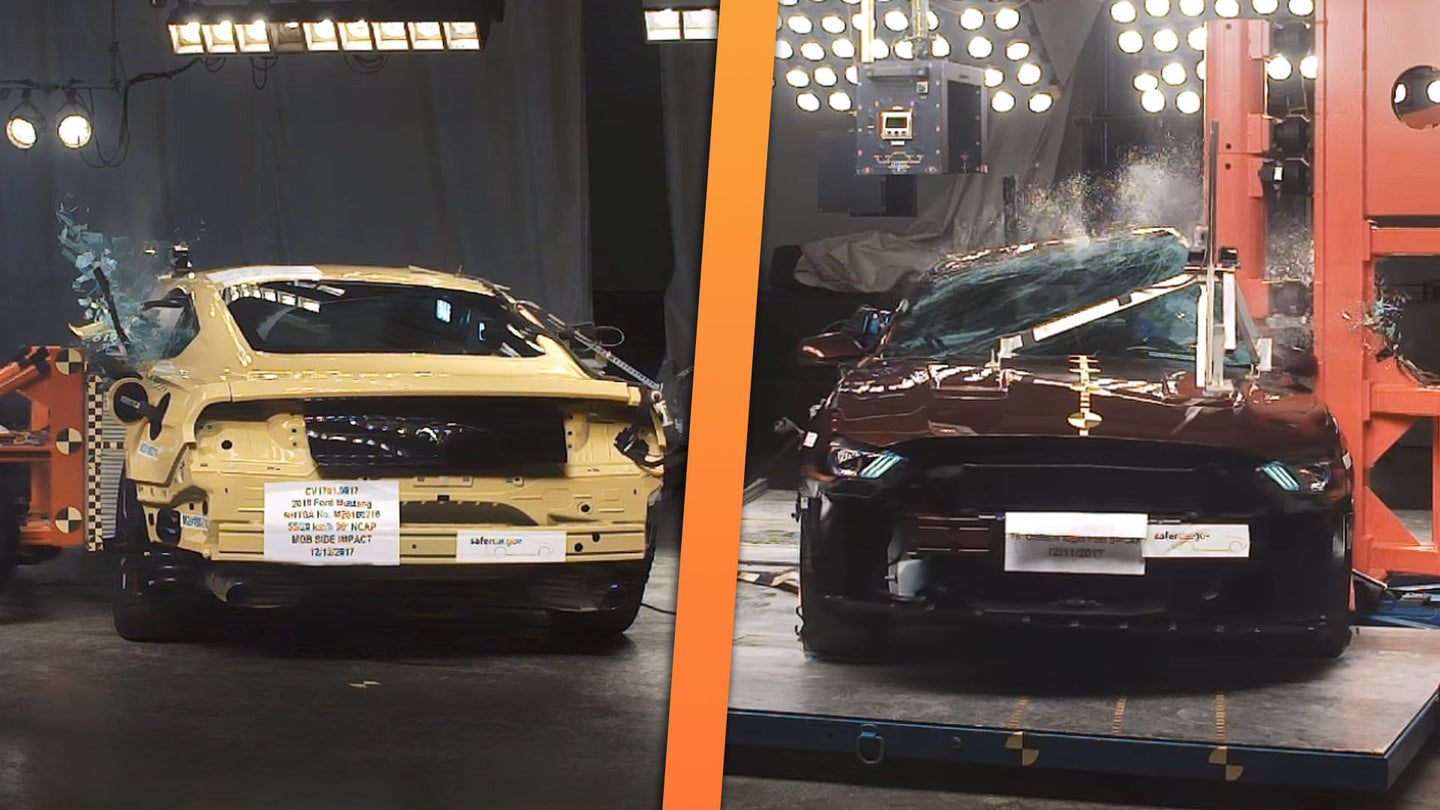 Buying an ex-rental car is said to be a pretty bad idea, and as someone who's rented a car... Yeah. But while rental cars may be hiding abuse that's not plain to see, former crash test vehicles have no such tricks up their sleeve. Typically, they're destroyed by the government, but in some cases, they survive the tests well enough to be auctioned off.

Case in point—these two 2018 Ford Mustangs. One's yellow while the other's maroon, and they were both crash-tested by the NHTSA. As luck would have it, they're also for sale in Buffalo, New York. They aren't GT models, but they are equipped with Ford's tunable 2.3-liter EcoBoost, which is ripe to snatch out of their respective engine bays.

Both listings claim unknown mileage, but it's likely very low. As far as the transmission that each car sports, the yellow car is a stick, and the maroon car is an automatic. How do we know that? We found the crash test videos for both the yellow and maroon Mustangs in question, which includes shots of the interior.

Unfortunately, the interior shots didn't include a good view of the instrument cluster, so the mileage is still a mystery. I suppose it's at least easier to surmise the damage to these vehicles now because according to NHTSA, they can only be used for parts. Yes, they say that it's illegal to repair these vehicles and drive them on the highway, and when you buy them you must agree not to do so. That doesn't mean there aren't a lot of valuable parts still intact, though.

Aside from the drivetrain, one can imagine that all of the wheels are still salvageable, the headlights are in good shape, and much of the interior can probably be pulled out of both cars. Even some body panels—at least, the ones on the non-crashed sides—are likely still good to go. Many other mechanical components like the driveshaft, radiator, rear end, and others could still be good, too.

These cars are also going pretty cheap right now. They're both involved in auctions, so prices will certainly increase, but the yellow Mustang has been bid to $2,469, while the maroon machine is bid even lower at $1,247. It would be pretty easy to part these things out and make a healthy profit, and there are loads of other crash-tested cars for sale on the GSA Auctions website.