Buy the Bucket Seats From the First-Ever Corvette Prototype for $90,000 on eBay

They belong in a museum! 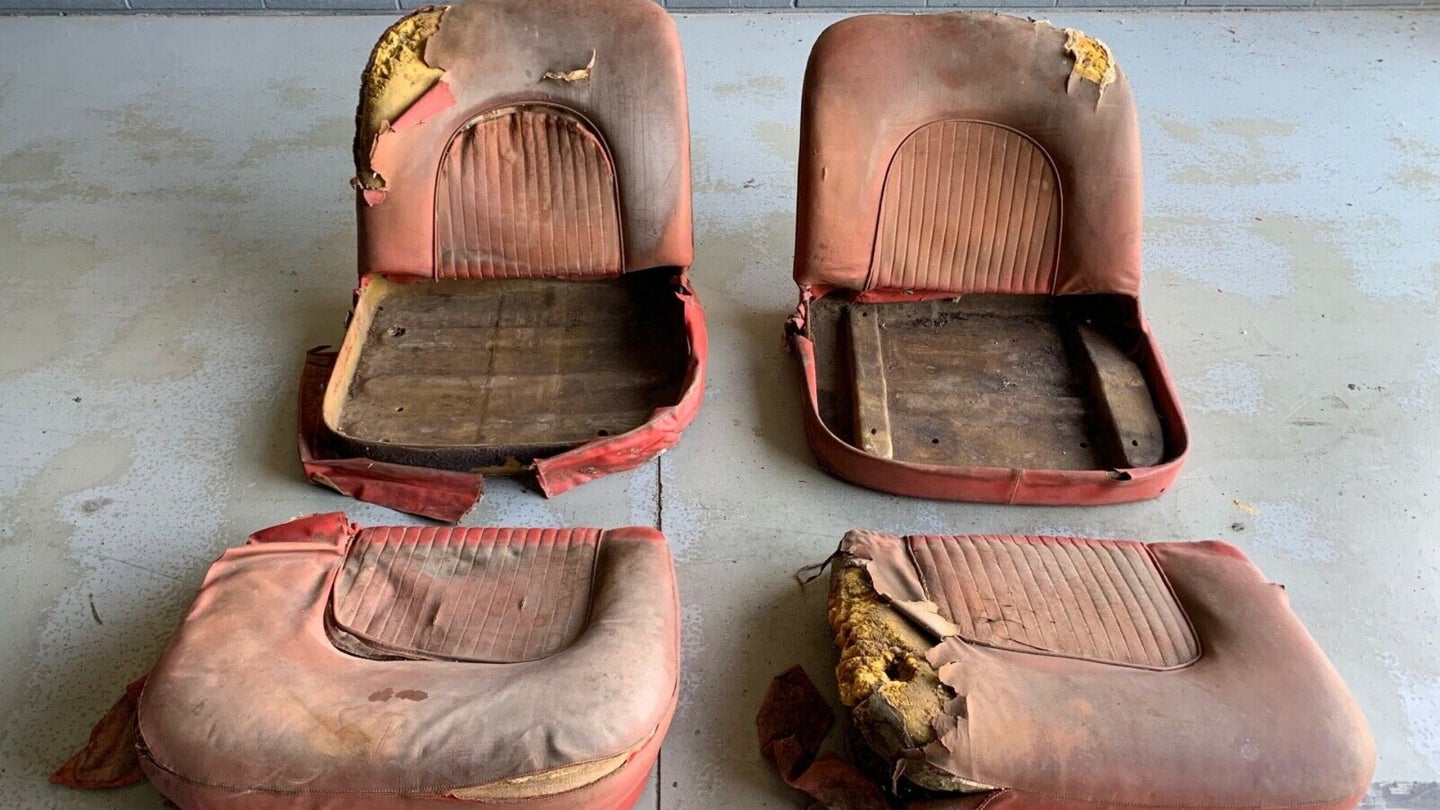 How about this for an eBay find? If you have about $90,000 burning a hole in your pocket, you can own the original bucket seats fitted to the first-ever Corvette prototype. Technically, these seats were installed in 1952, so they are 68 years old, and boy have they lived a hard life since then.

One line in the ad description reads, “These historical First Corvette Seats are the perfect conversational element for the finest Automobile Collector’s Man-cave (or She-shed).” The very idea of these seats being on display next to a 55-inch flat-screen is funny. The ad does state that a chain of past owners is included to whoever buys these seats.

One can only imagine how many swap-meets these seats have visited, only to be overlooked by Corvette owners.

According to an article by John Amgwert in the National Corvette Restorers Society magazine, a total of five cars were made under the name Project Opel and given the internal tracking numbers 852-856. Three were running pre-production prototypes. Two of those were built for shows and one was made for development and testing. Two other vehicles were never completed and used as spares for development purposes.

These seats belong to number 852, the first one.

Corvette 852 was born on Dec. 22, 1952. It was to be featured in the General Motors Autorama at the Waldorf-Astoria in New York on Jan. 17, 1953. The car was fitted with the Chevrolet 235ci inline-six, and although it was a running car, it was never used for testing. Number 852 toured the country as a show car until it was ordered for scrap in October 1953. The Corvette Restorer mag goes on to say that car 852’s fiberglass body was in a fire test on November 6, 1953. The fact that these old bucket seats are still around is pretty incredible.

Here is a video clip of Corvette 852 on display at the 1953 Chicago Auto Show wearing these very seats.

Looking at the significance of what they represent, it is easy to start quoting Indiana Jones. One could argue that these seats would probably benefit from being donated to the National Corvette Museum instead of private hands.

I’m Going to Daily-Drive a 2020 Chevy Corvette Stingray. What Do You Want to Know About It?

It is my duty and honor to answer your most complex and highly scientific questions.