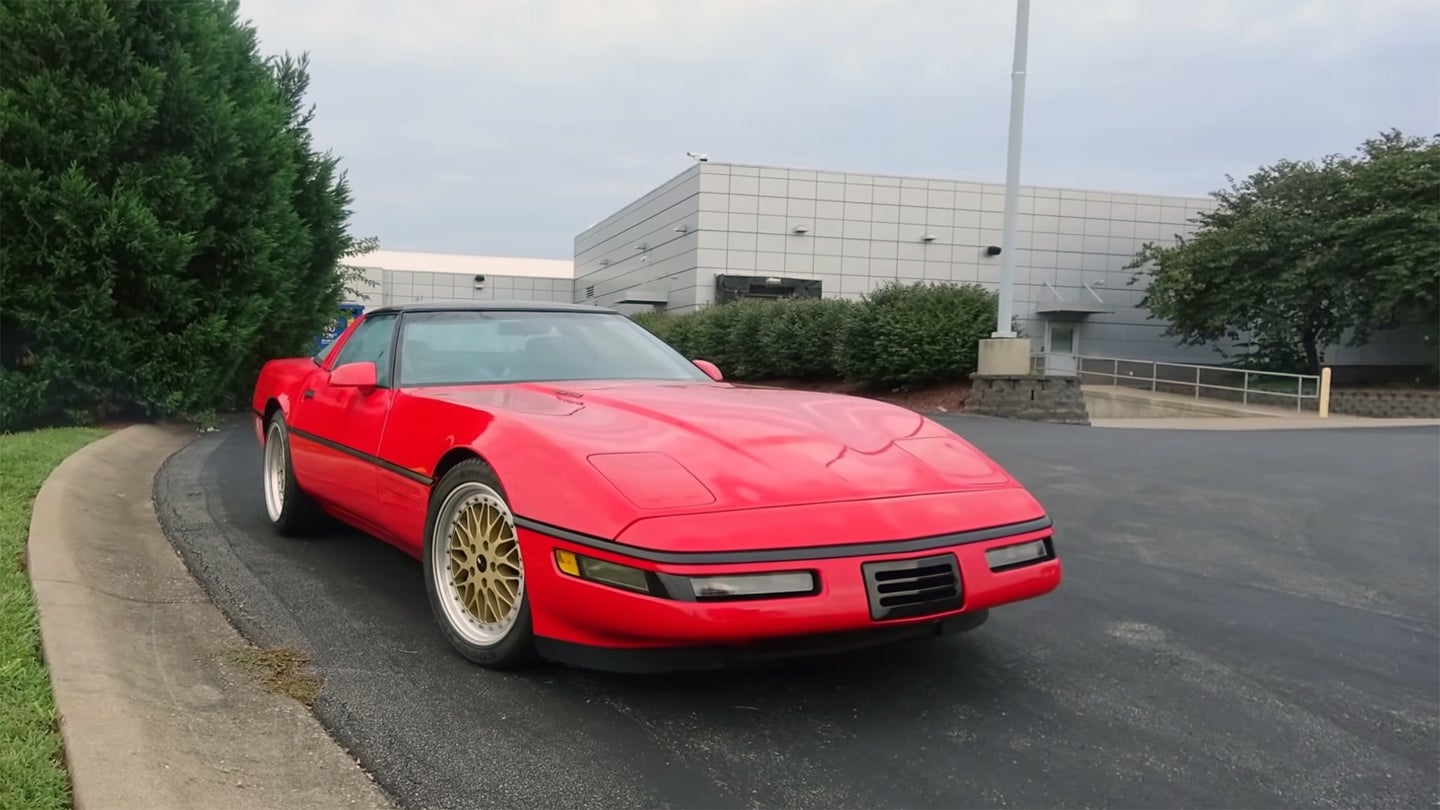 After Chrysler made a massive bang with its Dodge Viper R/T 10 concept at the 1989 Detroit Motor Show, General Motors decided to look for a suitable answer to their 8-liter truck V10, just in case the C4's chassis could handle such forces. For production, Chrysler chose an all-aluminum evolution of its massive engine while GM started its experiments with a V12 based on the Chevrolet small-block, designed and built by racing engine ace Ryan Falconer.

By using an aluminum block over the standard cast iron of the V8, the fuel-injected 90-degree Falconer V12 weighs roughly 500 pounds, some 100 more than Chevy's L98 V8. In return for the added mass, it also produces 686 horsepower and 600 pound-feet of torque. For 1992, the Dodge Viper hit the roads packing 400 horsepower and 465 pound-feet, while an upgraded 1993 Corvette ZR-1's LT5 produced 405 horsepower and 385 pound-feet.

Designed mostly with marine racing in mind and available in both super- and turbocharged form, Falconer's alloy V12 is pretty much the opposite of a low-displacement European V12 in concept. According to the video below, it measures 8.0 liters—identical to the Viper and more than two liters larger than the Lamborghini Diablo's V12. When used in the C4, Chevrolet even added side pipes to test out that Viper look, only to ultimately cancel the ZR-12 project, perhaps in light of the Lotus-tweaked DOHC-engined 1991 ZR-1's track performance. According to a period test by Motor Trend, the ZR-12 prototype did the quarter-mile in 11.6 seconds at 133 mph. Road & Track clocked the 1991 ZR-1 at 13.4 seconds.

One of the 1989 ZR-12 prototypes resides at the National Corvette Museum in Bowling Green, Kentucky, where it's parked next to an equally red first-gen Viper. When occasionally moved around, the C4 ZR-12's power plant screams of torque, compromised fuel economy and a brief idea that overall made less sense than selling Callaway's twin-turbo Sledgehammer Corvettes through Chevy dealerships.

Still, a red V12 sports car made in America? The C4 platform is just full of pleasant surprises.