And how did the internet react? Not well! 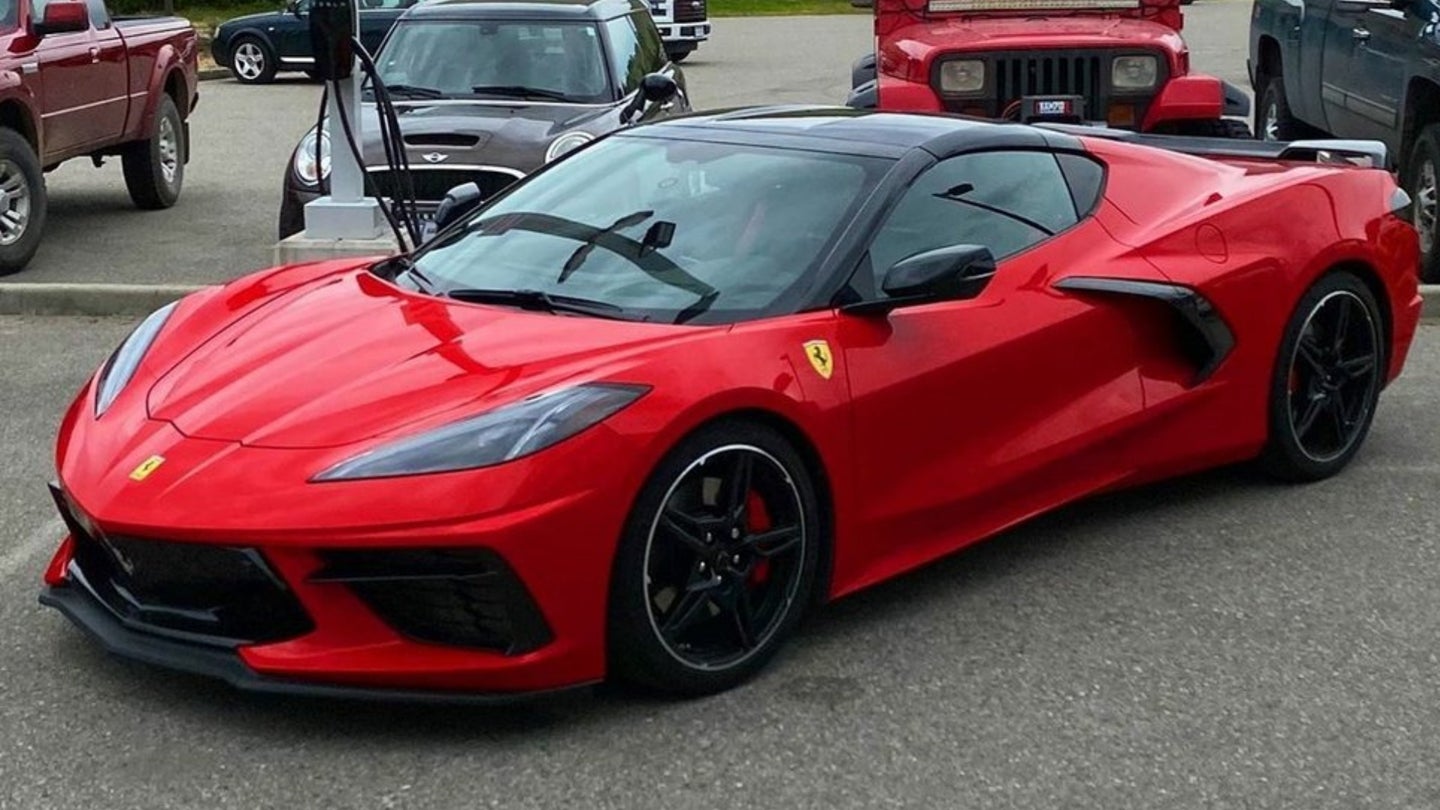 Having moved the engine behind the driver, the new 2020 Chevrolet Corvette resembles a Ferrari more than ever—at least from certain angles. It even has Ferrari-like performance and can be had with an awfully Maranello-esque paint job. All of the above gave the guys at the DailyDrivenExotics YouTube channel some ideas, and after comparing the Corvette to a LaFerrari in a previous video, they decided to dress up one of the hosts' red C8 as a Ferrari with the help of a diverse set of stickers.

This was all done in jest, however, it appears that somebody took a photo of the car when it was parked on the lot of a motorcycle dealership at some point. The badges were later taken off the car—as seen in this video—but the image quickly reached CorvetteForum.com, where it was picked up by both forum members and the site's internal publication. Although many pointed out that this was a joke, the comments seemed to fall on deaf ears. An internet argument was started, and now the image is floating around the internet with similar reactions from those who are unaware of the context.

The joke had to be a joke, and the hosts of the channel knew this. It had to be in jest because Ferrari is relentless about policing those using its name and logo without permission. The brand even has issues with people painting its cars in ways it doesn't like, such as musician Deadmau5's Nyan Cat-liveried 458, also known as the "Purrari."

Ferrari may not police the average Saturn Sky owner for masquerading as a Prancing Horse, but if you have a big YouTube channel as DailyDrivenExotics does and you're in the public eye, you'll likely get a letter from one of Ferrari's lawyers for overstepping your bounds.

Legal activities aside, this was a funny joke that's slowly getting people worked up. I'll be the first to say that those Ferrari badges do not look out of place on that car, but I suspect both Ferrari, and the Tifosi will have a problem with it. To those people: wait for a real re-badged Corvette to get worked up over.