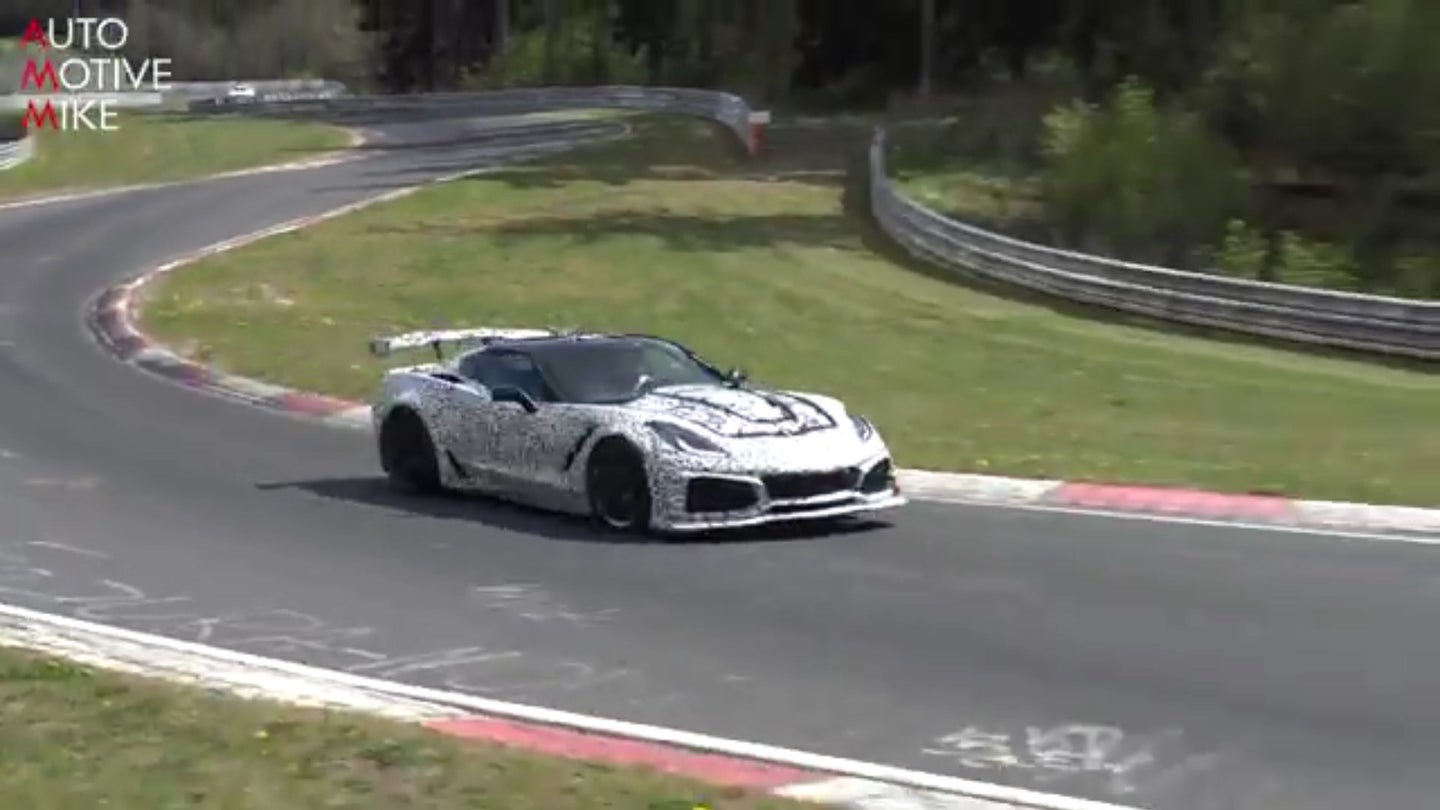 Back in April, we brought you the upcoming Corvette ZR1 lapping the Nürburgring in traffic, completing a lap in just under seven minutes and thirty seconds by the cameraman's estimation. That car, or one very much like it, recently returned to the 'Ring and appears to have run a traffic-free lap at the end of the day...which will hopefully reveal just how fast the fastest Vette will be.

YouTube car spotter Automotive Mike captured a few of the Corvette's passes on video. At full tilt, the car screams loudly enough to require funny-looking exhaust tips to keep the noise below track limits. No doubt these will not be part of the production ZR1 package, though the large front splitter and rear wing likely will be. Chevrolet has not yet confirmed what the engine will be, but the video description speculates that it could be an enhanced version of the supercharged 6.2-liter engine from the Z06, or possibly a twin-turbo V8. Either way, 700-750 horsepower is likely.

The fact that the Corvette seems to take one hot lap followed by one easy lap led to speculation in the video comments that the ZR1 was suffering from the same limp mode issues on the track as the Z06. But this seems unlikely, based on the regularity of the fast lap, slow lap routine, how smoothly the engine seems to be running, and that the car seems perfectly capable of hoofing it every time it's asked to. If there was a problem, most likely the driver would pit in and have the car looked at.

Toward the end of the video, the ZR1 can be seen following a safety car for a slower lap, then making a full speed attack on the following lap with no traffic. No estimated lap time is given, but considering the 7:30 estimated in the April video, the new ZR1 should have no problem smashing the previous ZR1's time of 7:19.63 set in 2011. We'll have to wait and see by how much the new ZR1 beats the old one...and whether it can steal the production car lap record back from the Lamborghini Huracan Performante.