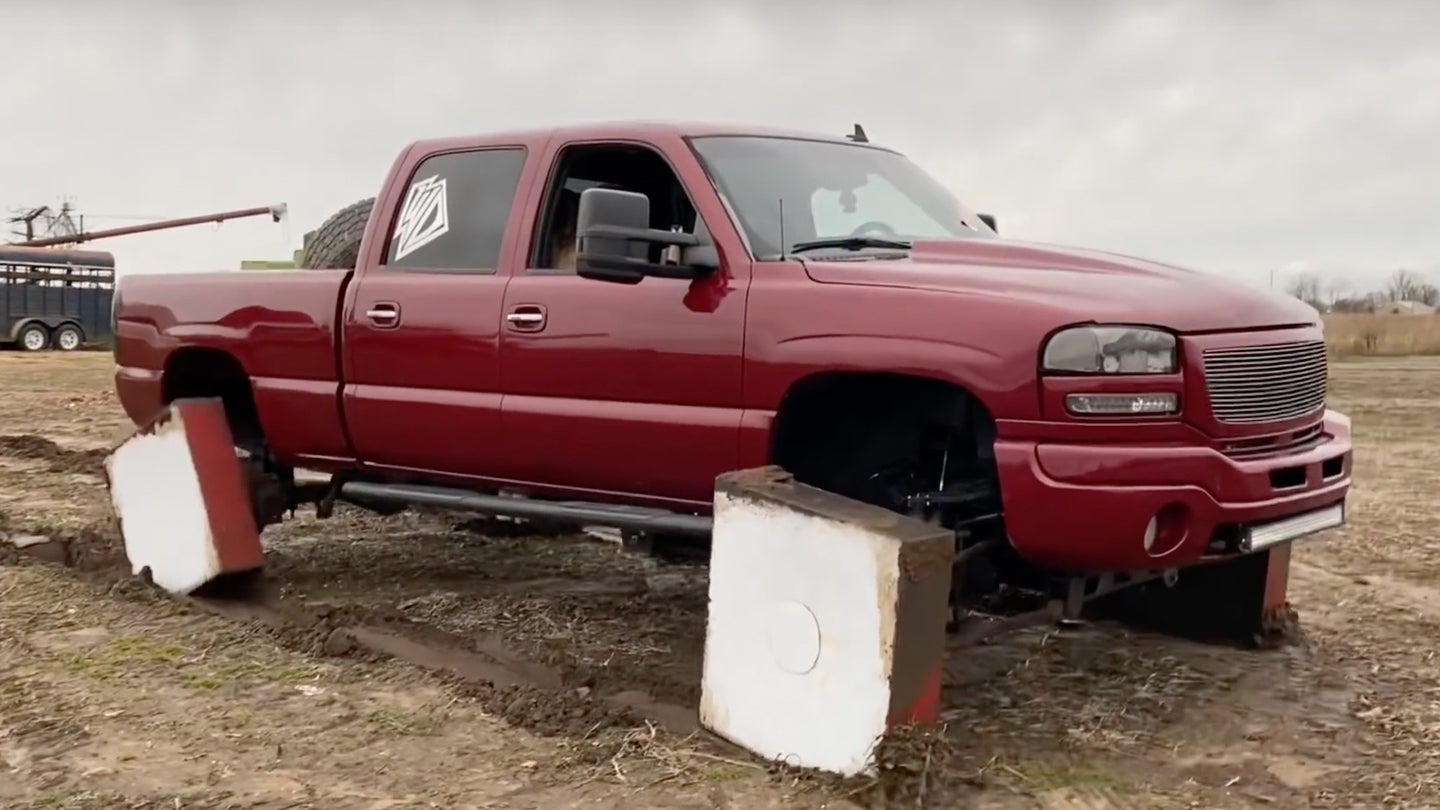 Most people actively avoid reinventing the wheel in their daily lives, taking the easiest solution as their preferred path forward. Unfortunately, that doesn’t make for good television—or YouTube in this case—which is why the WhistlinDiesel channel decided to see what would happen if they fitted square wheels to a GMC Sierra pickup truck. They claim to be debunking a challenge that Mythbusters took on years ago, but we all know this was mostly about having fun.

There are a couple of key differences between the YouTubers’ truck and the Mythbusters experiment. First, the red Duramax is being driven across extremely soft and muddy ground instead of pavement. The host actually acknowledges this fact and mentions that it should help the truck move more easily. They also ended up bolting the square wheels to just the rear-end after trying all four initially, which made the ride much smoother.

There’s a compelling mix of backwoods ingenuity, stupidity, and humor here that's hard to deny. The guys clearly explain what they’re doing and let us watch step-by-step, making for a surprisingly educational film. The biggest problem is that they didn’t actually end up proving Mythbusters wrong. As it turns out, driving on square wheels really isn't a great idea. In fact, the uncommon rollers (tumblers?) can quickly destroy what is otherwise a nice truck.

Outrageous swaps are a theme for the YouTubers, who in other videos have changed over a four-wheeler to monster truck tires and added wagon wheels to the same GMC from the square wheels video. The unlikely formula has been a successful one for the channel, which has over 550,000 subscribers at the time of this article, and over two million people have tuned in to watch the guys tear up a field with square wheels.