Bigfoot: 6 Milestones in the History of America's Favorite Monster Truck

With the original Bigfoot Ford pickup now undergoing a full restoration, it's time to reflect on the moments that made Bob Chandler's creation an all-time great. 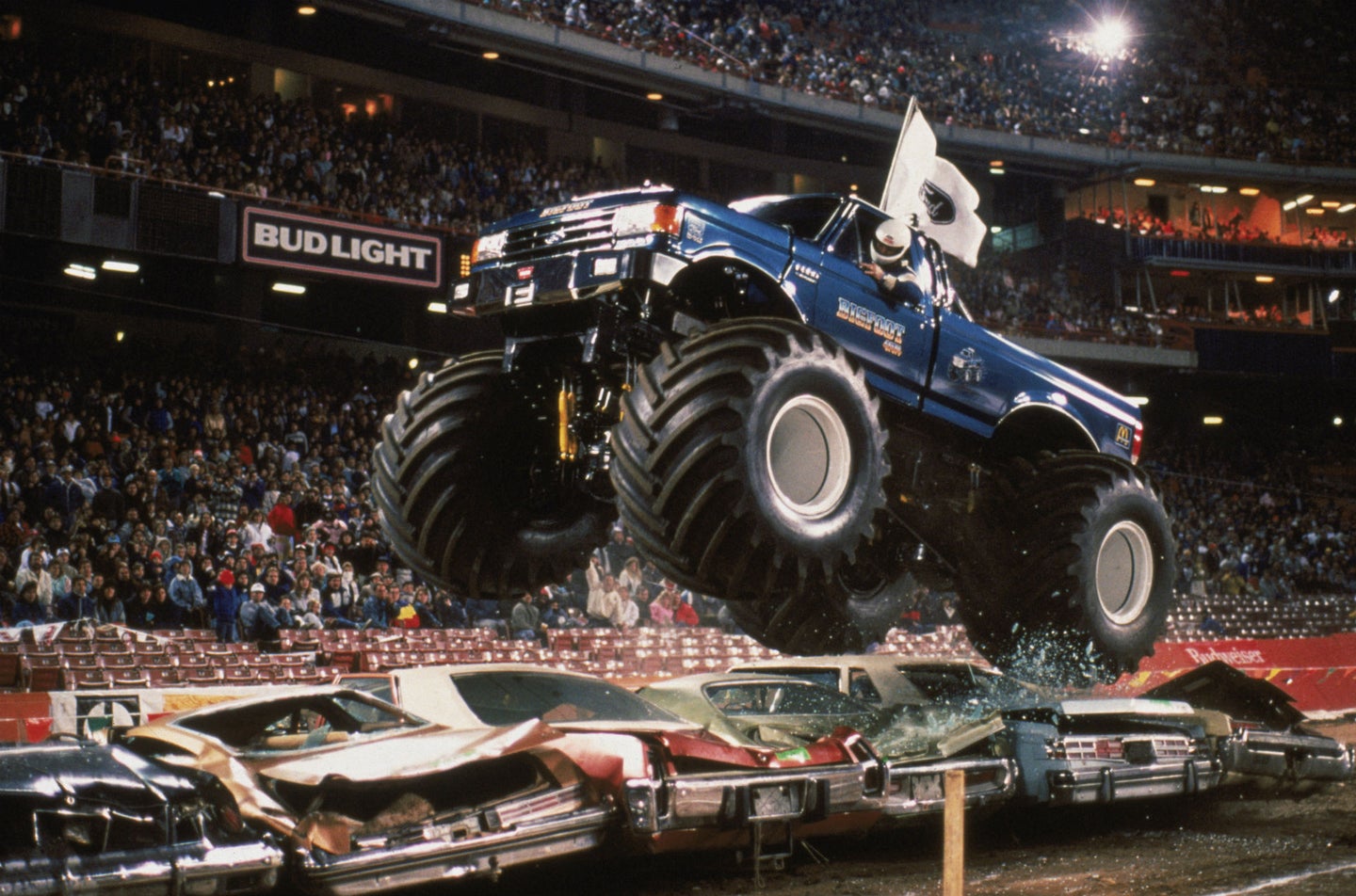 The backflipping madness of modern-day Monster Jam can be traced back to one beloved Ford truck, aptly named Bigfoot. Standing taller and mightier than any pickup ever seen, the 1974 F-250 started as a personal project by a Missourian named Bob Chandler who turned the weekend off-roader into a nationwide phenomenon. Now, as the original monster truck is nearing its 40th birthday and a freshly announced restoration, we're taking a look at five of most memorable Bigfoot moments—y'know, for old time's sake.

Having created Bigfoot to promote his new 4x4 shop in 1979, Chandler was recognized two years later for what had become one of, if not the most extreme off-roaders in the country. To prove the capabilities of his Ford, which now rode on 48-inch tires, he organized a stunt that involved trampling two dilapidated cars in a field, videotaping it for others to see.

When a man in Columbia, Missouri viewed the footage, he asked Chandler to recreate the feat in front of a crowd. Despite being a bit uncertain of what the general public might think, he accepted and started what's become a sport that attracts hundreds of thousands of fans every year.

By this time, others had started to copy Bigfoot by stepping up the size of their trucks' tires to 66-inches. To ensure that he had the biggest of them all, Chandler sourced a set of military-spec tires that measured 10-feet tall. He would then buy the mountainous rollers for $1,000 from a Seattle scrapyard and build the truck's next iteration, Bigfoot 5, around them. Instead of simply one-upping the competition, Bigfoot dwarfed it and continued to win contest after contest.

Massive V8s and mud tires had been filling arenas for a few years at this point, but come 1992, monster trucks had reached superstardom thanks to nationwide TV syndication. Storylines built as fans picked their favorite truck and driver, and Bigfoot 10 was the most popular by far. This iteration sported the team's first-ever mid-mounted engine and carried on the winning tradition.

Bigfoot 5 was officially recognized some 16 years after it was built for being the "world's tallest, widest, and heaviest monster truck." In all its glory, the machine stood 15-feet, 6-inches high, measured 20-feet, 5-inches across, and weighed over 38,000 pounds—more than five modern Ford Super Duty trucks put together.

Undoubtedly the most controversial form Bigfoot ever took on was in 2012 when it debuted not with a growling V8 but, instead, 36 Odyssey PC1200 batteries. This meant that it was completely silent, ditching the aural raucousness for forward-thinking propulsion. Internal combustion made a return in 2014, however, when Bigfoot 21 was unveiled—thankfully, that truck boasts "zoomie" headers that make it louder than ever before.

Bob Chandler's 1974 Ford F-250 that started it all is now under the knife and being returned to its original condition. The restoration is being documented on PowerNation's YouTube channel, and you can see the first episode in the BigFoot rebuild chronicles below. The crew is starting with the truck's blown 640-cubic-inch V8 and will continue on with paint and the whole nine years further on in the series.