If you've ever fancied owning a retired police car, there’s no shortage of decommissioned Ford Crown Victorias or Chevrolet Impalas to choose from. It’s not often that a Foxbody-style Ford Mustang SSP hits the market, though, and one recently sold for a rather reasonable $14,444 on Bring a Trailer.

This example is a former Florida Highway Patrol car, which reportedly served the Sunshine State’s finest until December of 1996, racking up just over 96,000 miles during that span. According to the supplied CarFax report and auction listing, the FHP had the Mustang's engine rebuilt in 1997 and reportedly held onto the car up until it was sold to its second owner, a dealership, in November of 2019.

Because it’s a 1992 model-year Foxbody SSP, that means it’s one of the final Mustangs to ever get the police-spec package before the next-gen SN95 Mustang launched in 1993. This marked the end of Ford’s patrol car offerings for the Mustang.

As such, it features a 5.0-liter V8, though the SSP package doesn't offer any power upgrades to the drivetrain. In turn, the same 205 horsepower and 275 pound-feet of torque are available as in the civilian version, and that output gets sent to the rear wheels through a five-speed manual. What the SSP does offer, however, is an upgraded cooling system for both the engine and the transmission, along with a beefier 130-amp alternator to power all the additional accessories. A certified and calibrated 160-mile-per-hour speedometer came standard, as did reinforced floor pans and other little tweaks.

Despite being offered to police agencies around the country for over a decade between 1982 and 1993, it’s not often that you see one of these five-oh Foxbodies for sale. Given how relatively little money this clean and well-kept example went for, it doesn’t seem like too much hassle to go through in order to own one of the coolest police patrol vehicles out there. While this cherry example sold as a rare collector, there's actually still one or two Mustang SSPs in service. So if you do end up adding one to your garage, don't get mistaken for impersonating a real police officer. 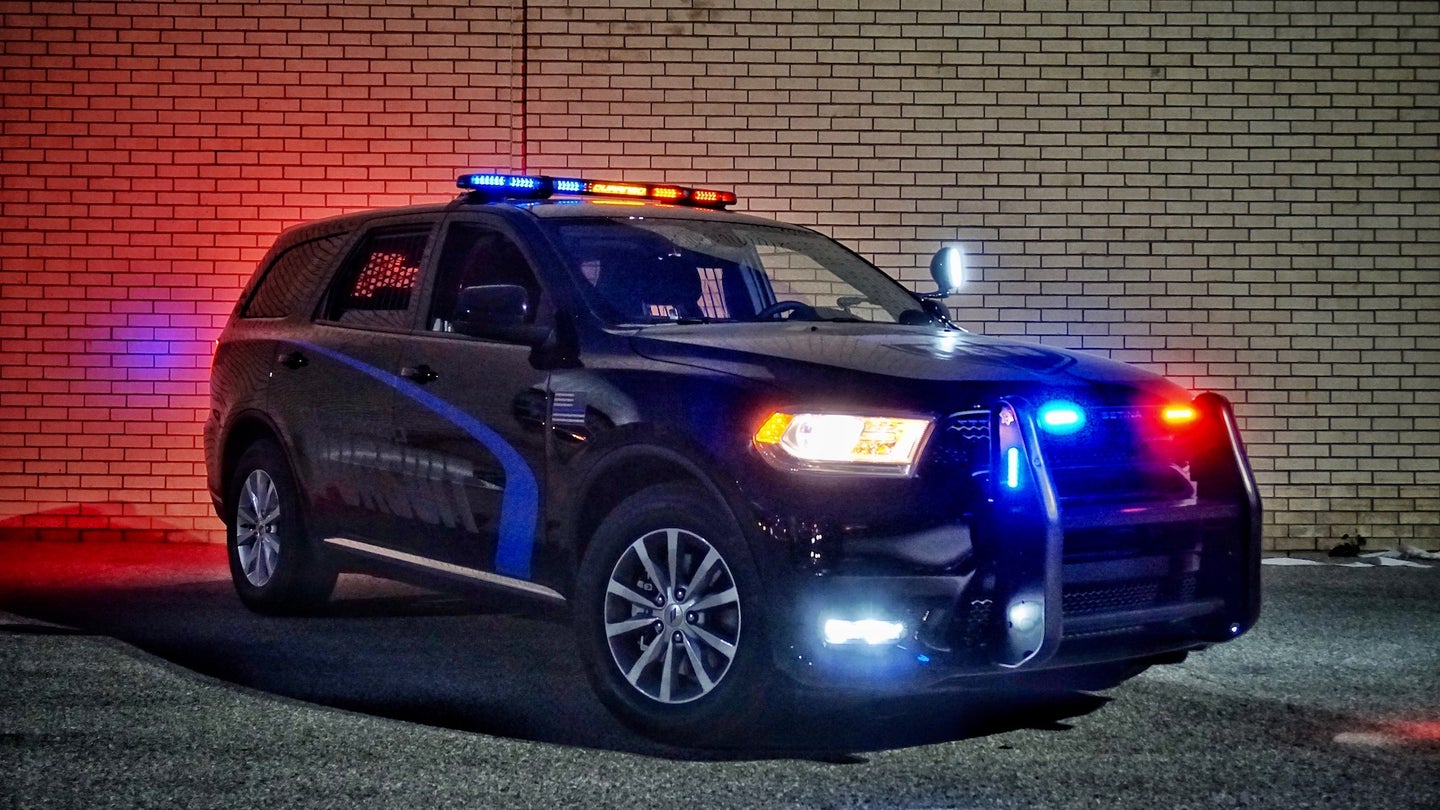 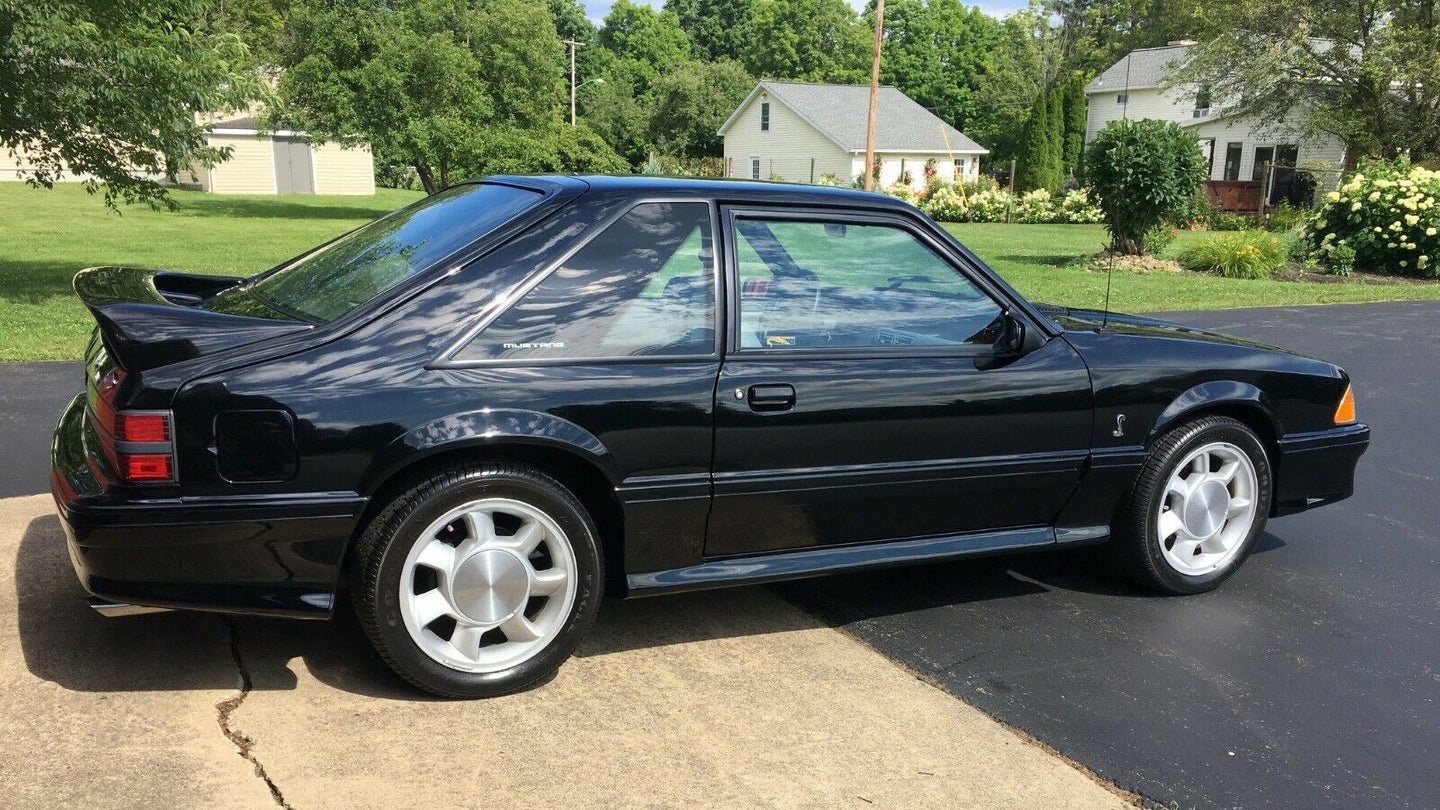 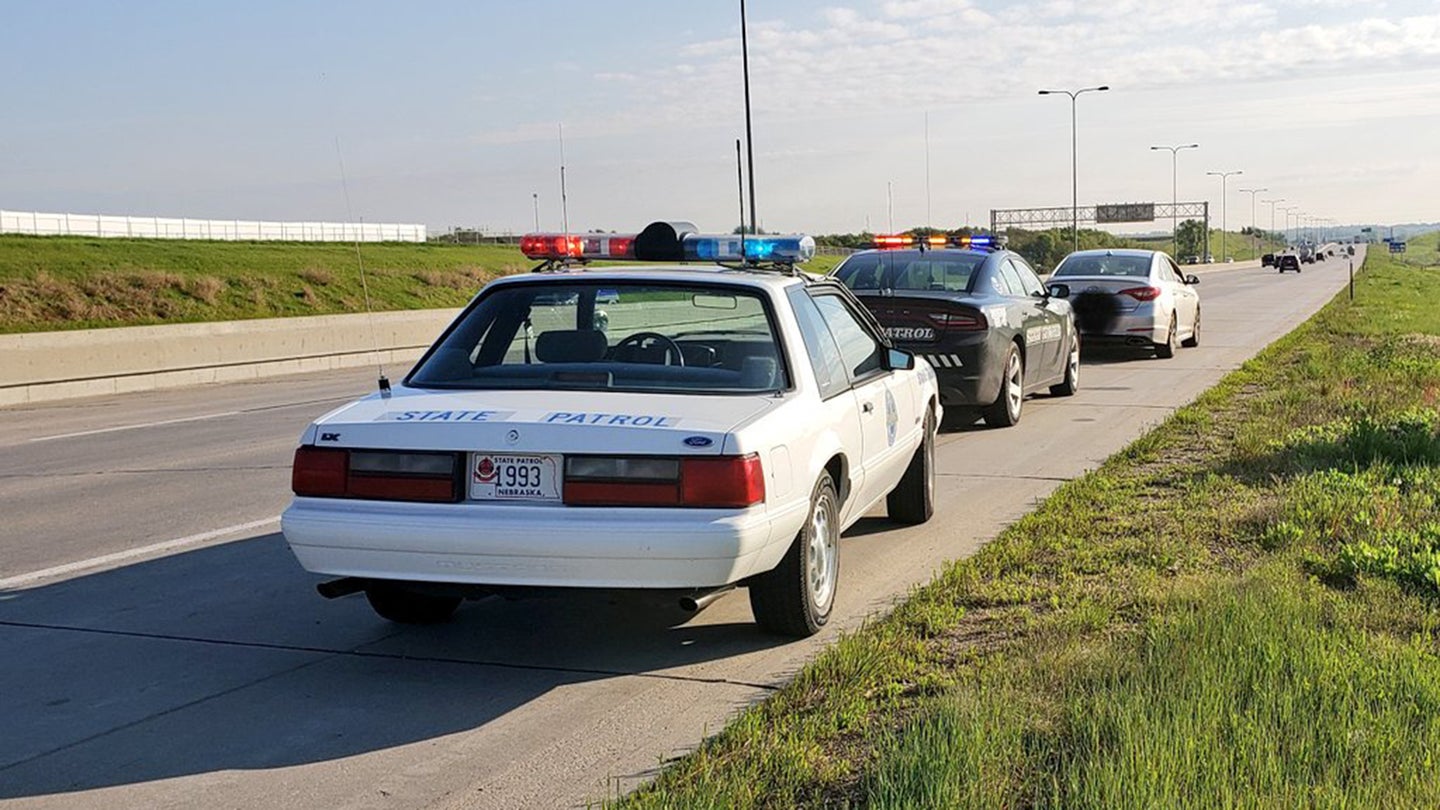 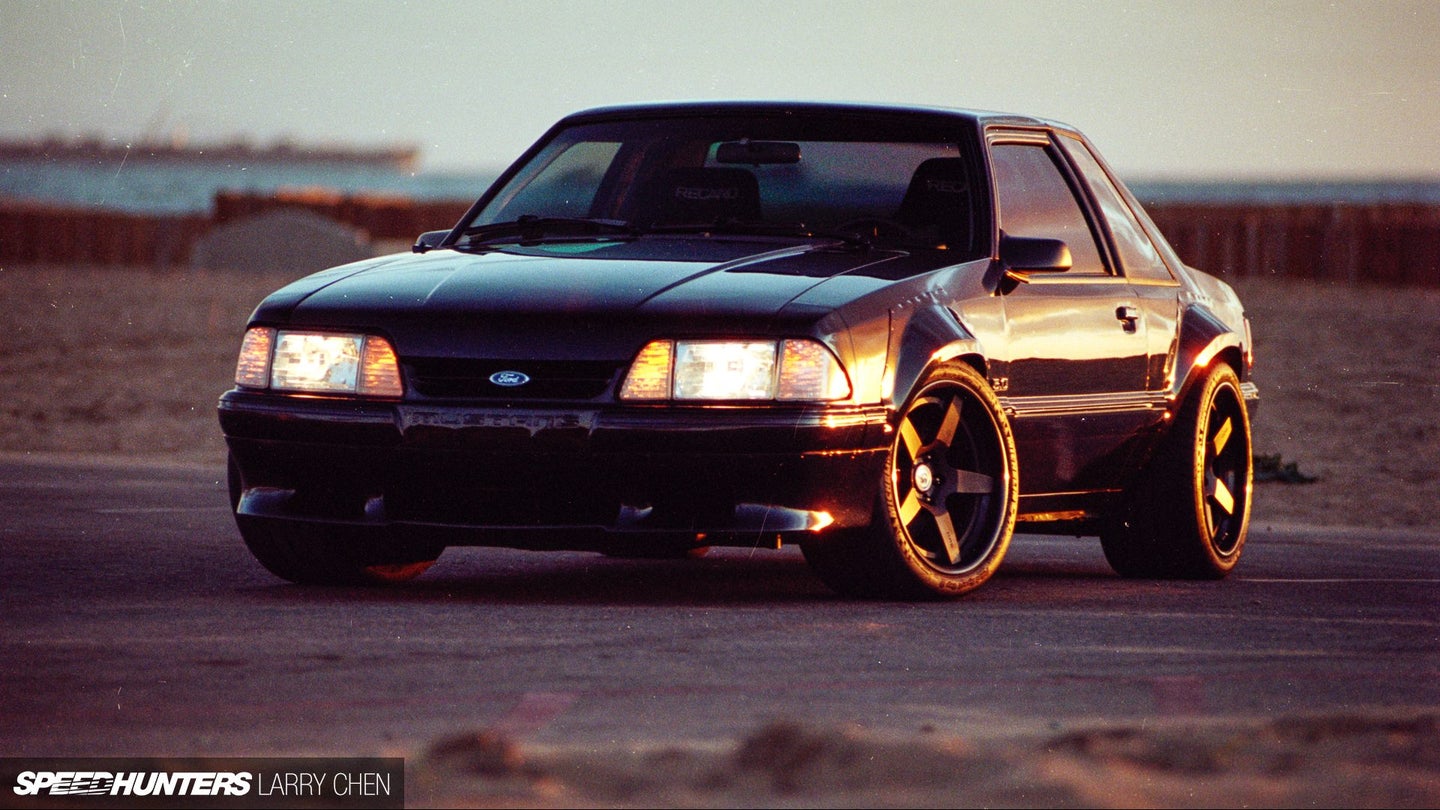 Foxbody on top, Cobra underneath, and oddity inside, this 1988 Mustang LX is owned by a face that may be familiar to you. 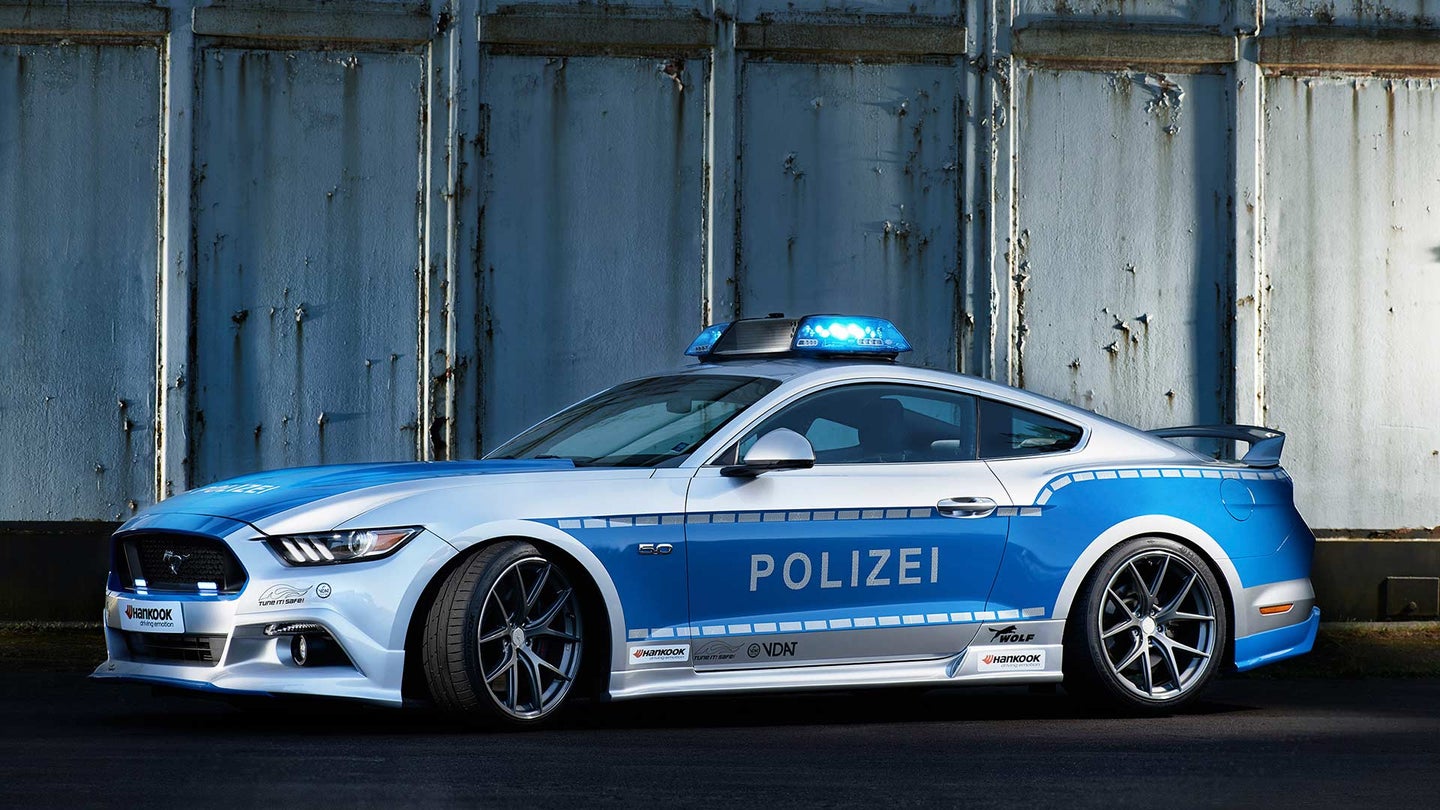