Future awkward conversations with your Prius-driving Uber chauffeur may or may not be monitored by Big Brother Bezos. 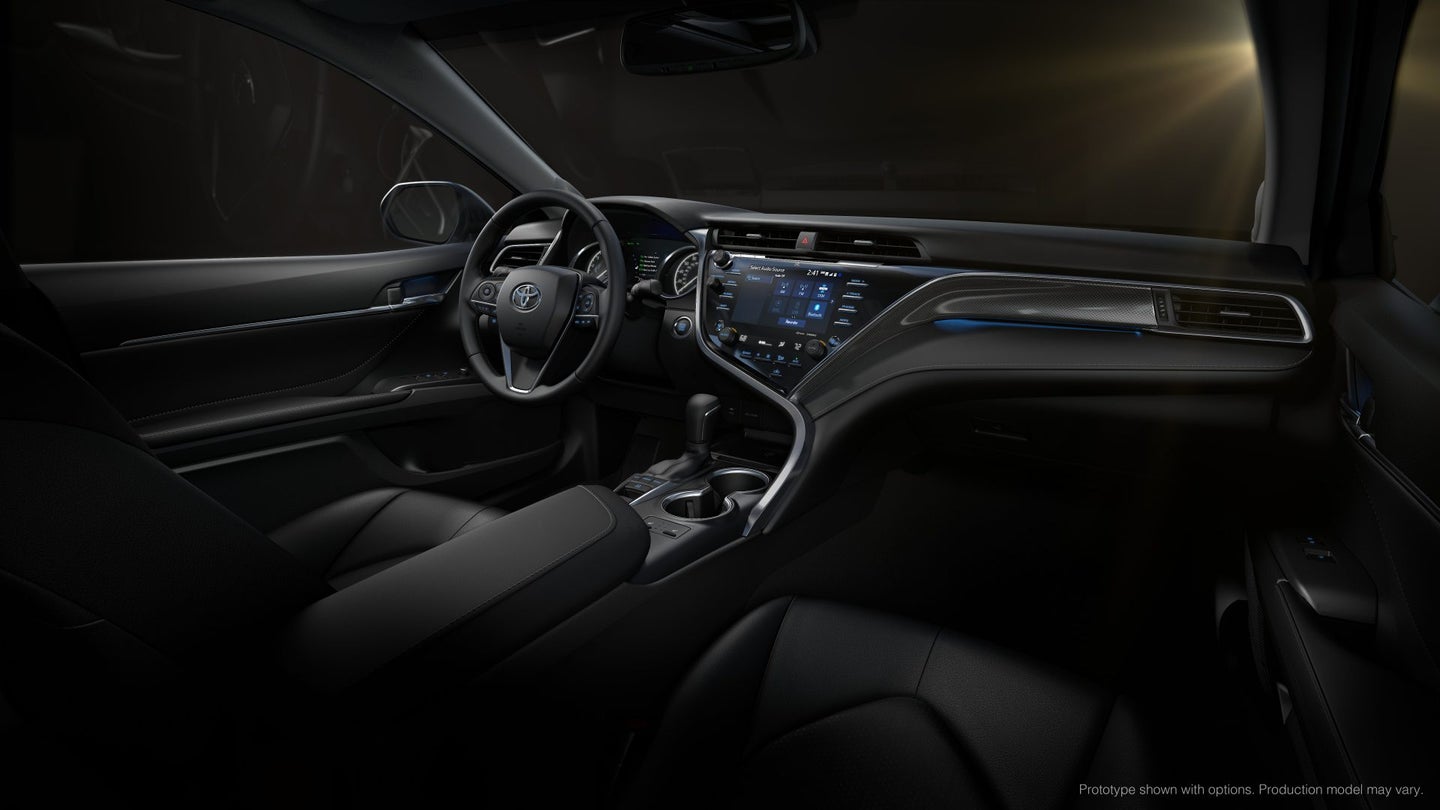 Following in the footsteps of Ford, BMW, and Mercedes-Benz, Toyota is now bringing Amazon's Alexa personal assistant to its future infotainment systems.

In an announcement made at CES 2018 in Las Vegas on Tuesday, Alexa will show up on "select" vehicles equipped with Toyota's Entune 3.0 infotainment or Lexus's Enform 2.0 head unit later this year with more to be added in 2019.

This means you'll be able to control your smart home, add stuff to your shopping list, or start an audiobook from behind the wheel of your well-equipped, 2019 Camry without having to take your hands or eyes away from the task of driving.

"Voice services are rapidly becoming more popular and through our integration with Amazon Alexa, Toyota and Lexus customers will soon be able to easily speak to Alexa in their cars while on the go," said Toyota Connected CEO Zack Hicks.

Toyota, a company that habitually spars with Volkswagen for the title of world's largest automaker, is among the few that stubbornly refuse to offer Apple CarPlay or Android Auto in any of its products.

While tech heads and people with nothing to hide may welcome the convenience of Amazon's digital helper being present in what will most definitely continue to be some of the most common cars on the road, more privacy-conscious and tin-foil-hatted drivers will undoubtedly balk at the idea of every new Corolla having an unmutable, direct line to the largest internet corporation in the world.

The Drive reached out to Toyota regarding which cars will receive Alexa integration first, the possibility of Apple CarPlay and Android Auto-equipped Toyotas, and recommendations for drivers less than thrilled with the idea of an always-on microphone embedded in their new car. We'll update this story if we get a response.

UPDATE: In an email to The Drive, a Toyota spokesperson said that specific vehicle rollout for Alexa "has yet to be determined," but that the company is continuing to explore new apps for both its Entune and Enform infotainment systems.

Regarding the privacy concerns, Toyota assures us that its in-car rendition of Alexa will come with a mute button. (For those of you convinced Alexa is still listening when "muted" and don't mind voiding some part of your warranty, I'm sure she can be permanently shut out with a good set of cutting pliers or a rummage in the fuse box.)

Toyota refused to comment on the availability of Apple CarPlay and Android Auto in future products.