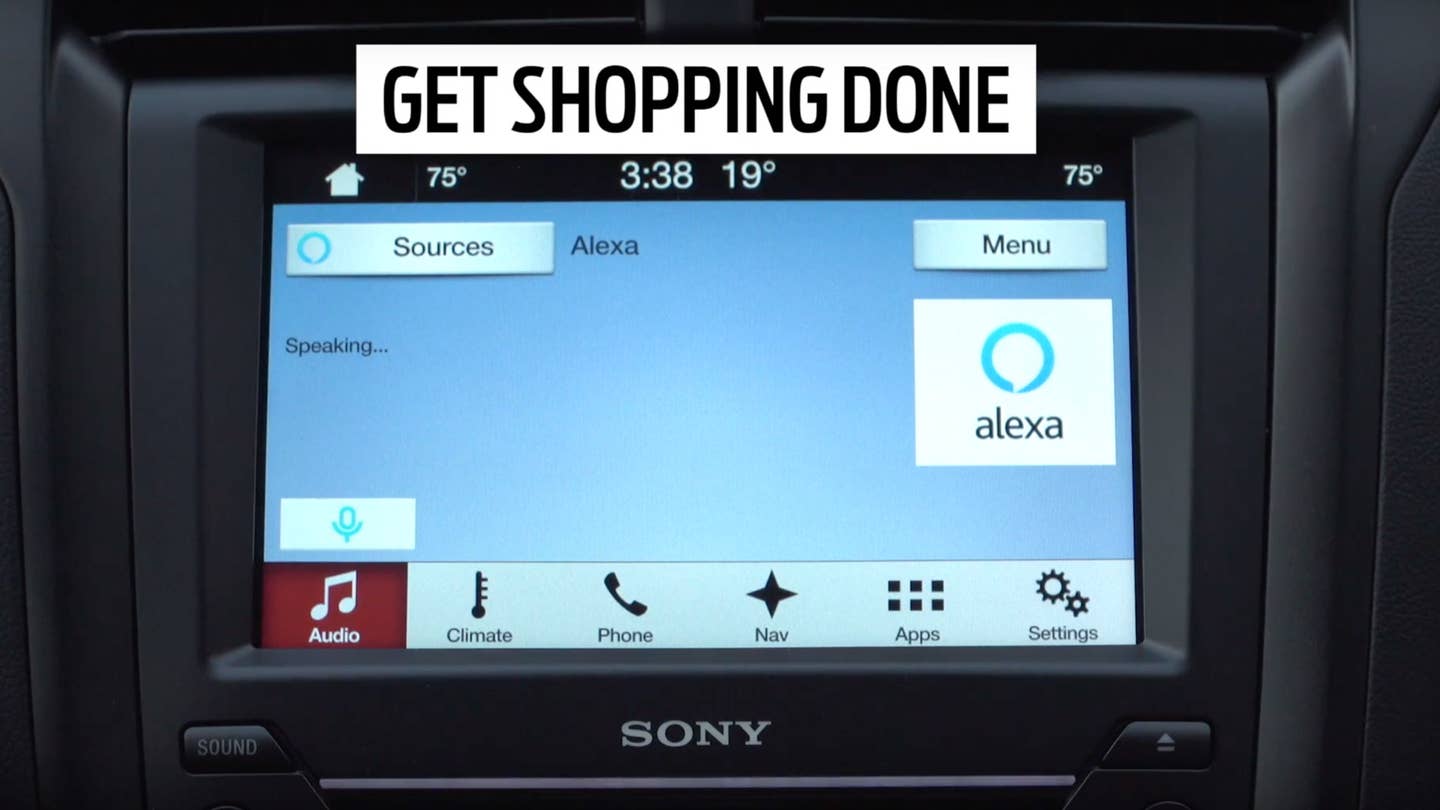 Amazon's Alexa is like a digital assistant that you can talk to at home using an Echo or Echo Dot device. But on the road? So far you've been on your own. Now Ford and Lincoln drivers will be able to communicate with Alexa from inside their vehicle, even if they're not on their own WiFi network.

Ford announced at 2017 CES that it's integrated Alexa with Sync 3, making it the first automaker to enable Car-to-Alexa command capability. This means that, with the push of Sync button, the driver can tell Alexa to add items to shopping lists, ask random questions, turn lights at home on or off—or whatever else people use digital assistants to do. The integration also means that Alexa can give Ford vehicles a few commands, starting their cars remotely, locking or unlocking doors, and retrieving vehicle information, such as fuel or battery levels. Alexa integration also provides a shortcut to Amazon Music, which doesn't yet have an app on Sync 3. The ability to talk to your car from the comfort of your home will be available later this month, and the Sync 3's ability to communicate with Alexa will come later this summer.

Although Ford is the first auto manufacturer to make this technology leap, others may soon follow suit. Telematics company Inrix also integrated Alexa in its OpenCar platform, giving its automotive customers the same Car-to-Alexa capability.

Ford also announced that AT&T will be powering its embedded 4G LTE Wi-Fi hotspot, which supports up to 10 simulatenously connected devices, though details on pricing and availability weren't provided. It also announced new partners for its SYNC AppLink Developer Program, including ExxonMobil, DriverScore, Sygic, Samsung, Dash Radio, plus an IBM Watson hack.