If you're a drone user who also happens to own a smartphone—and let's face it, who here isn't—the SELFLY smartphone case might be for you. 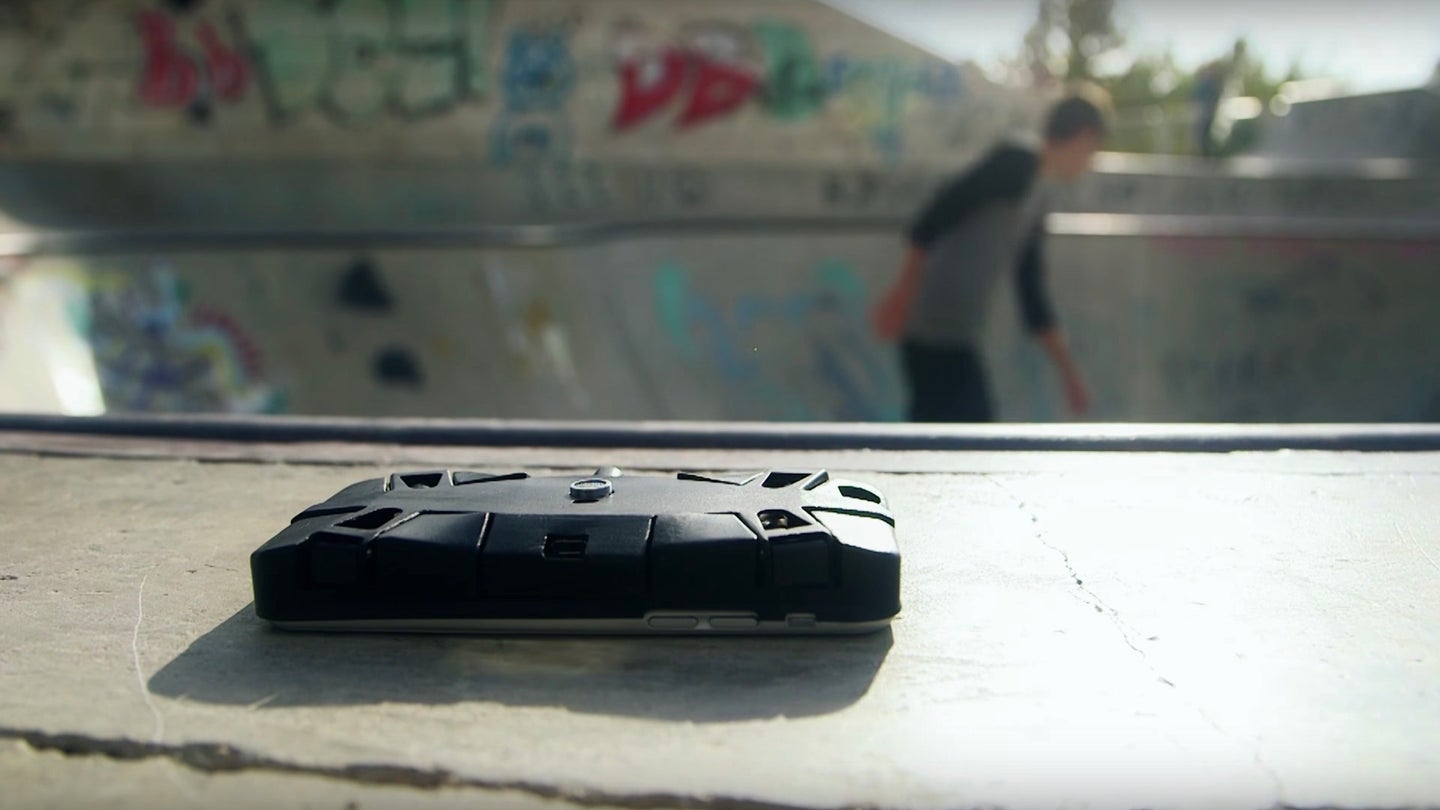 If you’re a drone user, you’re well aware that most recreational unmanned aerial vehicles (UAVs) have freely available smartphone apps that serve as virtual controllers. Some of them even provide info like altitude and battery-life and can live-stream the drone camera’s footage back to you. This is all pretty familiar to us drone enthusiasts, but Shenzhen-based AEE Aviation Technology just created something a bit more surprising by partnering with SELFLY. Announced on Monday and exhibited at CES 2018 in Las Vegas on Tuesday, the AEE SELFLY is a smartphone case that contains an embedded mini-quadcopter. That’s right, your phone case can now fly. Don’t worry though, it doesn’t require your phone to be attached to it to do so.

According to PR Newswire, this case is the first of its kind, and even though the SELFLY's entire ethos regarding these gadgets is providing new exciting ways to take selfies, you don't have to snap one in order to enjoy owning a phone case that can fly. Reportedly, the AEE SELFLY was exhibited at booth #26030 in the Las Vegas Convocation Center's South Hall, in the lower level, and at the Showstoppers CES press event at the Wynn Hotel on Tuesday.

So what kind of technical specs does this flying selfie-drone bring to the table? Well, the battery life will last you about 4 minutes, so it's definitely a good thing that your phone isn't attached once those minutes are up. Fortunately, the SELFLY is capable of taking 1080p video footage, which makes this a pretty enticing little gadget for those dipping their toes into the recreational drone game. A full recharge will take half an hour, and both iOS and Android users will be able to make use of the mini-drone.

Here's an introduction video to an earlier version of the SELFLY.

Mike Kahn, AEE Aviation's Chief Marketing Officer, explained that the incredible increase of selfies taken post-smartphone boom inspired this particular product, and even manages to dig at those pesky selfie-sticks while doing so. He said, "More photographs are being taken now on smartphones than ever before because the best camera is the one you can always have with you. With a touch of a button, AEE SELFLY springs to life and flies a mission to capture your selfies from high above, from tight spaces or from a distance, as never possible before. It gives the user options and angles beyond the arm's length of a selfie stick and is much more convenient than a drone. As a case to your smartphone, AEE SELFLY will always be with you to capture amazing selfies."

The way it works is simple: the AEE SELFLY works as your average smartphone case but can be easily reconfigured to become a mini-quadcopter. Once it's hovering above you, the drone awaits your commands through a freely available smartphone app. Fairly simple, right? While the SELFLY store currently lists all related products as being out of stock, PR Newswire reports that the drone-phone case will be available during this year's first quarter, at a retail price of $130. That'll get you the case and two batteries (each providing 4 minutes of flight time).