Welcome to the Black Parade came out more than 13 years ago, but to Bugatti, it’s never too late for a party. 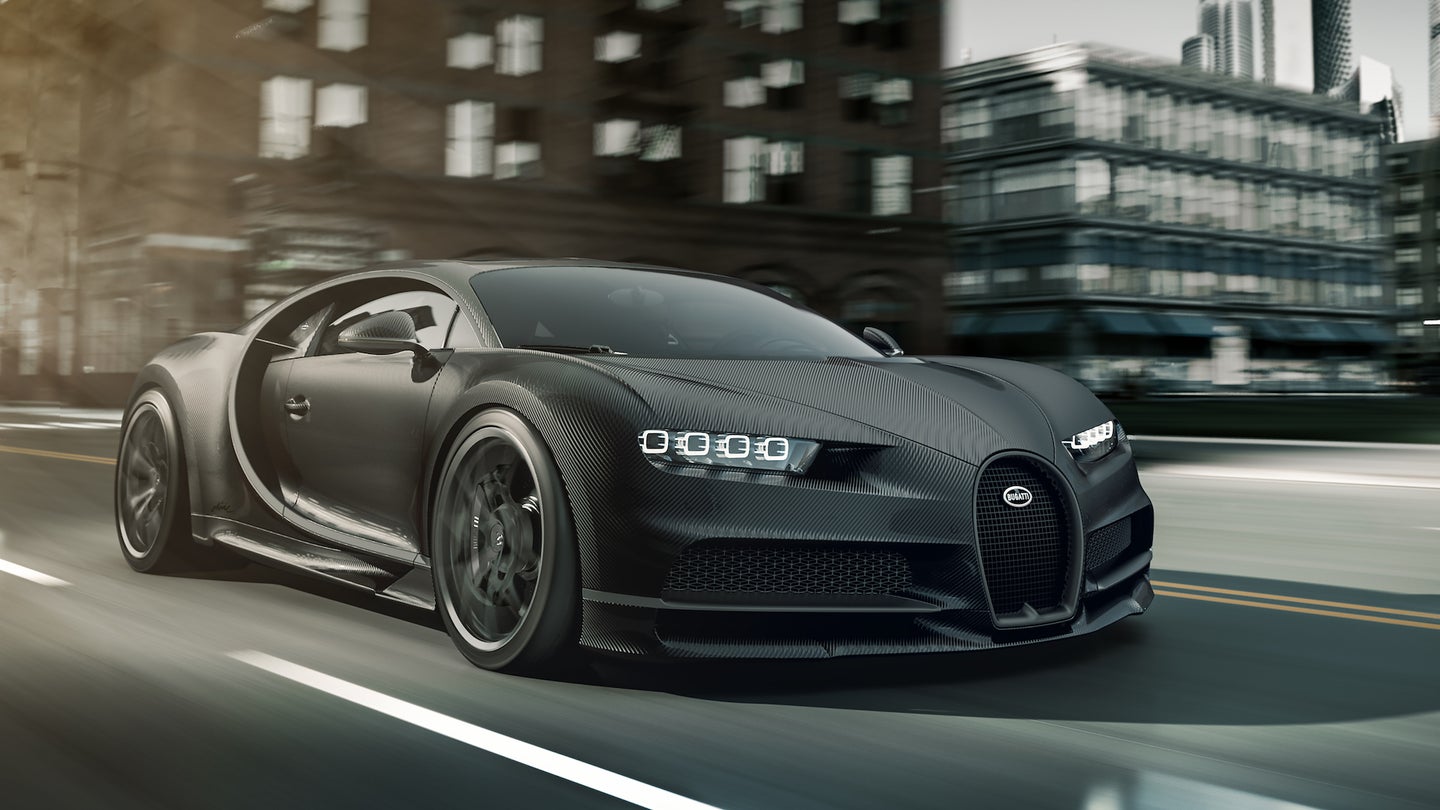 The Bugatti Type 57 SC Atlantic possesses a timeless mystique, in part due to its looks and its rarity. Only four were ever built, and the quartet's black sheep—La Voiture Noire—hasn't been seen since 1941. Bugatti paid tribute to La Voiture Noire earlier this year with a Chiron-based one-off that sold for $12.5 million, which served to tie its heritage with its future and sustain the hype for the Chiron's production run of 500. And with special-edition models such as the Chiron Sport, 110 Ans, Divo, Centodieci, Super Sport 300+, and now, the marque's second La Voiture Noire tribute this year, the Chiron Noire, that continued hype isn't going away.

Those who can afford $3.7 million Chiron Noire and the eye-watering maintenance costs associated with Bugatti ownership will be faced with a simple choice: Élégance, or Sportive? Per its name, both come only in black, though both prove there's more than one way to skin a black cat.

Élégance features a body of exposed carbon fiber in a glossy finish, with an altered grille design, and "Caractère" alloy wheels that encircle big black brake calipers. The Élégance's rear-view mirrors and engine cover are finished in a combination of polished aluminum and still more carbon, and if you have an aversion to the stuff, you'd better not look at its interior, where there's a carbon fiber badge on the center console. "Noire" inscriptions pop up like buboes on Black Plague victims everywhere from said console to the headrests, door sills, on the car's sides, and even under its rear wing.

Where the Élégance goes glossy, however, Sportive goes matte, starting with that exposed carbon body. Exterior body trim goes almost entirely matte black, save for the exhaust tips and engine cover, which feature plainer absences of white. Grab the matte black door handle to access the interior and you'll find all driver controls—knobs, switches, and the wheel—finished similarly, and accompanied by blackened-out aluminum. And before you ask, no, Bugatti hasn't forgotten to add black "Noire" inscriptions here either.

Bugatti will also make the Noire package available on the Chiron Sport, to which it'll add a $110,000 premium, which might as well be a trip to Taco Bell to anyone with Bugatti money. Only 20 will be sold, and deliveries will commence in the second quarter next year, but most of all, Bugatti's Noire speaks to the company's desire to survive in a climate where the marque produces just a single solitary car.

At the end of the production run of the Veyron, Bugatti had a hell of a time finding buyers. The industry covered the lacking demand at length. But Bugatti's relatively new President, Stephan Winkelmann, is a shrewd businessman and understands how to continue to attract new buyers. It's safe to say that without special editions like Noire, and those mentioned above, Bugatti would likely have an issue filling up the Chiron's production slots, as it did with the Veyron.

Winkelmann seems determined to not have that issue and we look forward to what he has up his perfectly tailored sleeves.

Whether for kids or adults, the Pur Sang and Vitesse models come with carbon fiber bodies and “Speed Keys” that deactivate the speed limiter.