Watch This Bird Take the Ride of His Life

The bird clearly loves his car, and especially drifts and donuts. 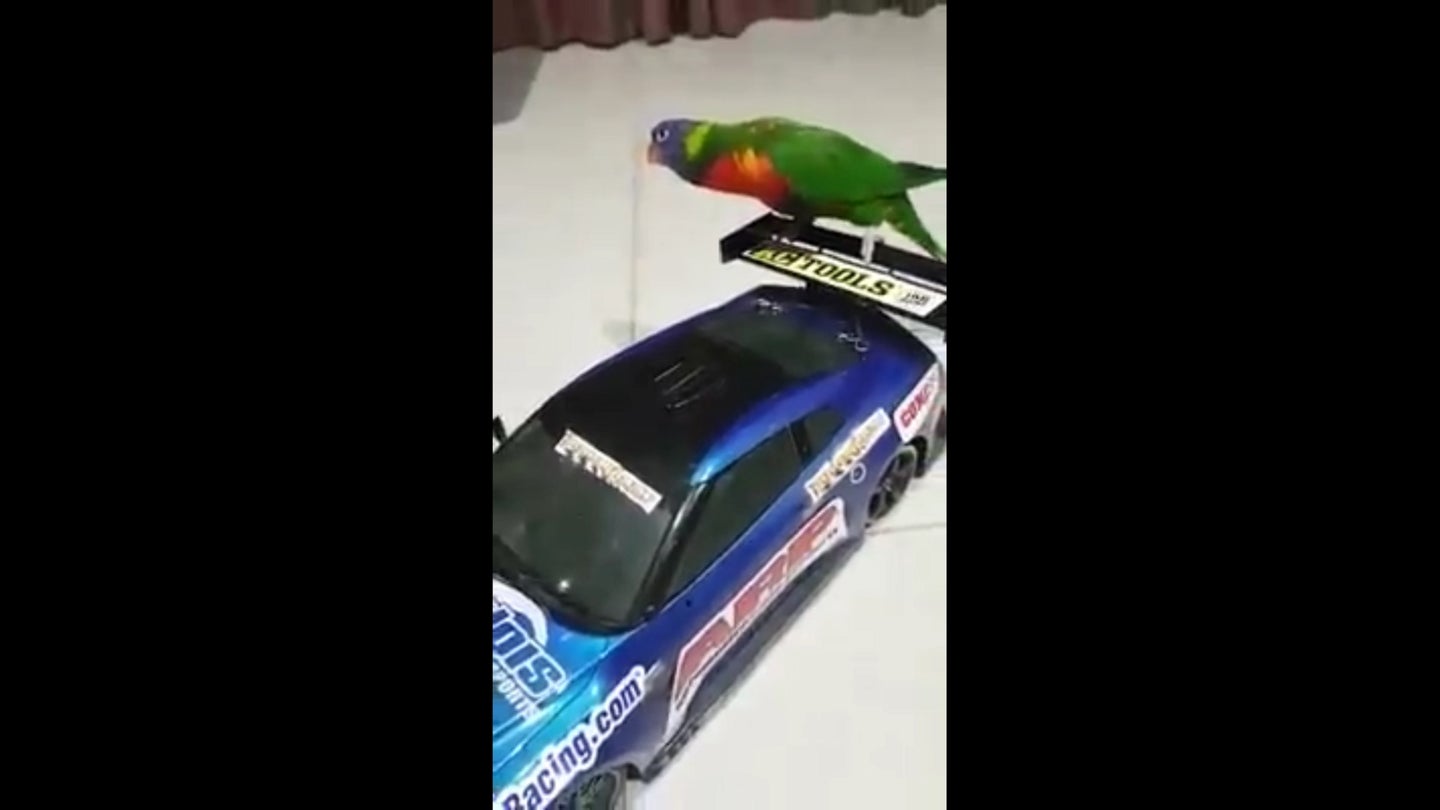 Birds are often the enemy of cars. Countless birds die every day as a result of being hit by cars. My ex-wife's goose used to attack my car every time I entered the driveway (though maybe that wasn't about my car...) But one bird absolutely loves his car, and especially the wild rides it takes him on.

Of course, this particular car is a more appropriate size for a bird. It's also operated by remote control and a human driver. From the moment the bird is released from his cage, it's clear he is crazy about his ride. For the first half of the video, he snuggles it rather than climbing on and taking a ride as his owner tells him to. But once he finally decides to use the rear wing as a perch rather than an aerodynamic aid, hold onto your feathers.

The car goes into a wild series of high-speed drifts, donuts, and burnouts. Not only does the bird hang on, it's clear from his cackling how much he's enjoying the ride. He could hop off at any time but he hangs on throughout the entire hoontastic ride. When the car finally comes to a stop, he snuggles it some more. Clearly, this car is his favorite toy ever.

I've considered getting into radio-controlled cars myself. Maybe I could build one to give our collection of various birds rides around the yard. But the kids would probably get their hands on it, which could lead to disastrous consequences. Then my wife would probably train the geese to attack my car every time I enter the driveway.

Drive Wire: The Ray Universal Remote Is The One You Won’t Throw At Your TV