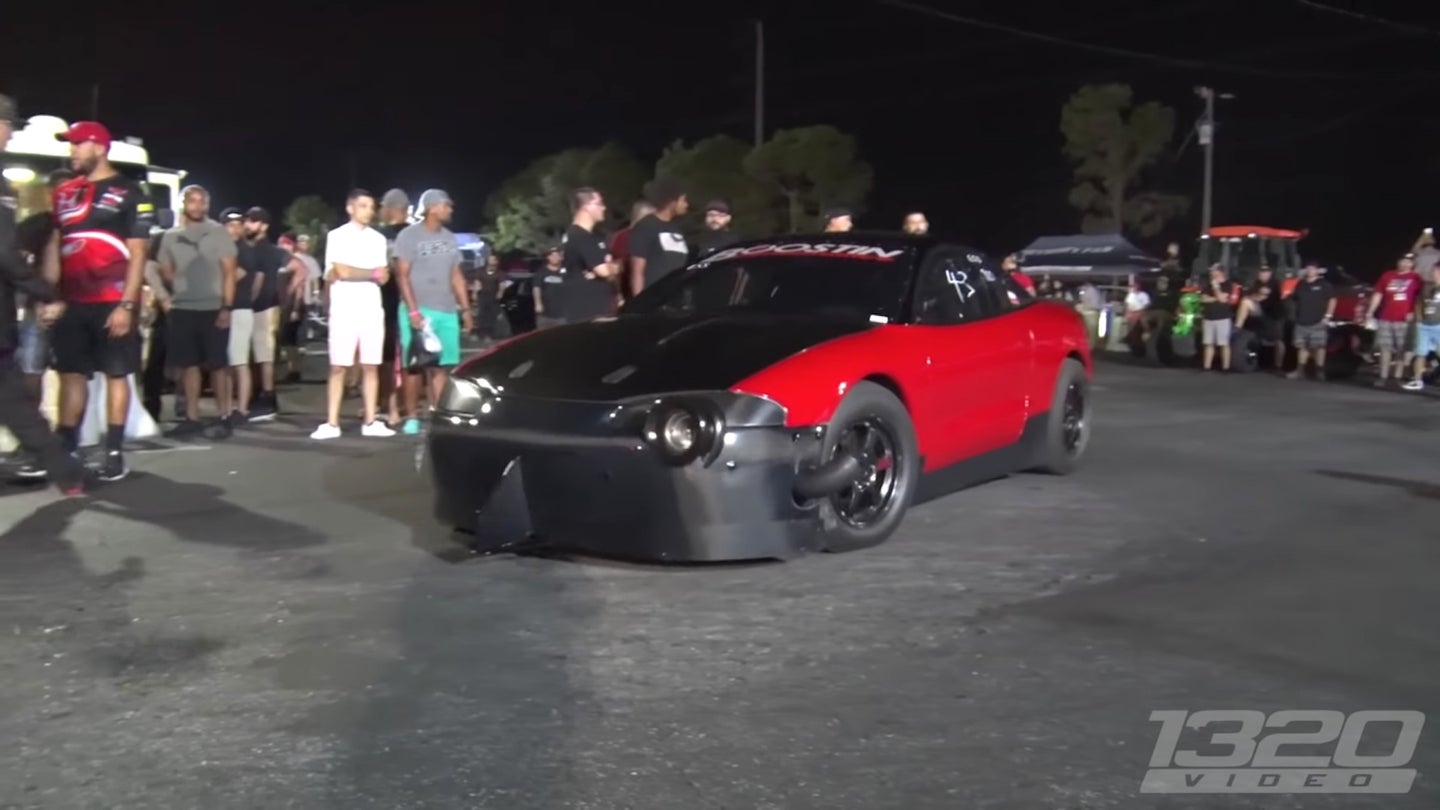 The era when Mitsubishi stuffed the renowned 4G63 into almost every car it made is largely regarded as the brand's halcyon days, and for good reason. These turbocharged 2.0-liter engines were known for producing immense power with minimal investment, and if you did have cash laying around, you had an engine readily capable of over 1,000 horsepower. For that reason, turbo Mitsubishis remain a common sight on the world's drag strips, where they lay down quarter-mile passes that can embarrass even modern supercars.

One car still fighting the good fight is an Eagle Talon known to some as the "Red Demon," which produces as much as 1,800 horsepower. Eagle Talons, for those who don't know, were just Mitsubishi Eclipses sold under Chrysler's Eagle brand in North America and were identical to Eclipses save for a few body alterations like a blacked-out roof. This build still rocks that crucial 4G, and with a few choice mods such as an 86-millimeter turbo producing 85 pounds of boost and a block reinforced by partially filled coolant passages, it produces enough power to rocket down the quarter-mile in as little as 7.183 seconds at 210.67 miles per hour.

The real kicker, however, is that this car differs from most drag cars this fast in that it doesn't use an automatic transmission or even a sequential manual. Nope, it's still an H-pattern manual, and is alleged by some to be the quickest of its kind in the world. Whether or not it is doesn't particularly matter; it's still a tremendous feat to fight 1,800 horsepower worth of oversteer down the drag strip in a car with three pedals.

Using a tiny 2.2-liter 4G63 engine, this import is said to be the fastest four-cylinder in the world.