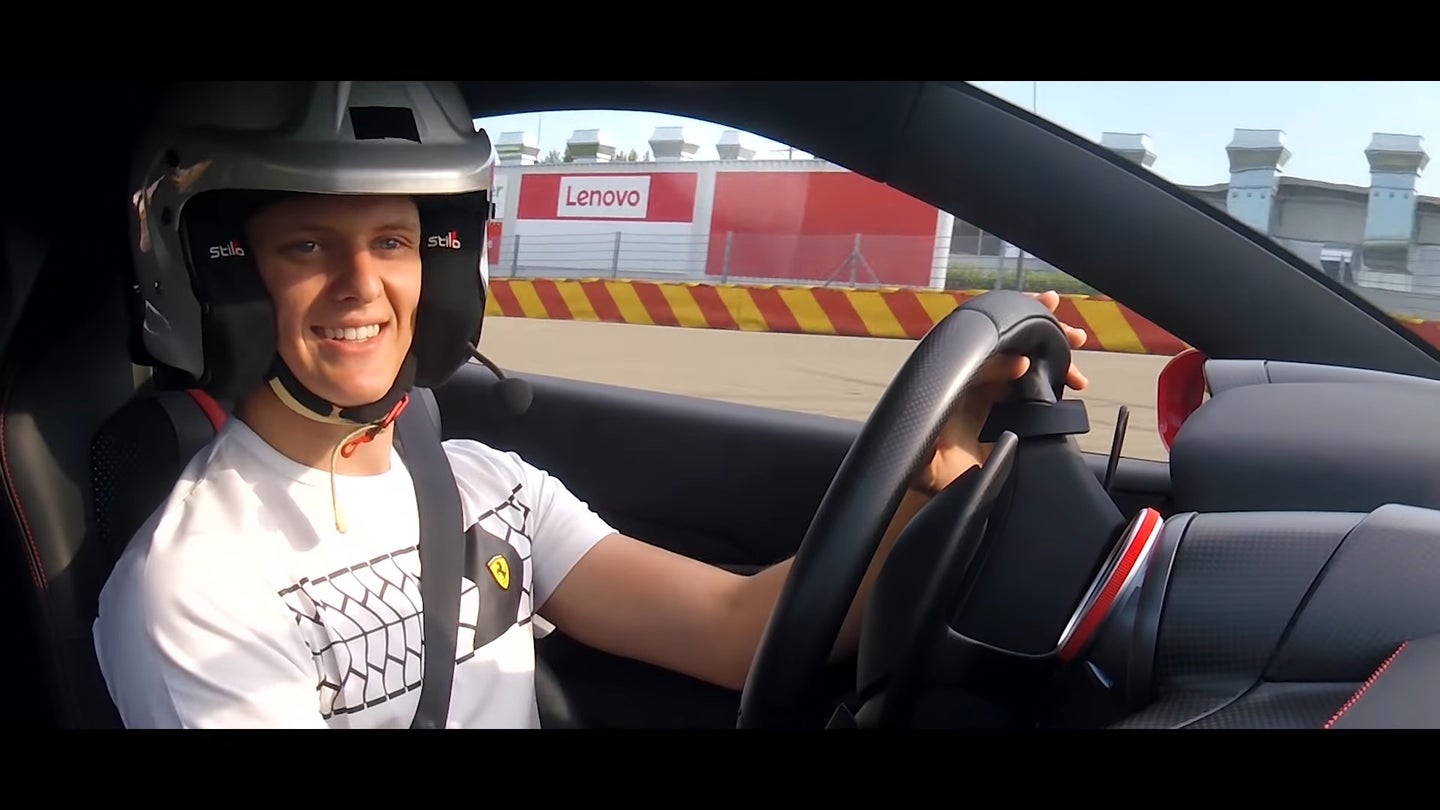 Formula 2 racer Mick Schumacher, son of legendary F1 driver Michael Schumacher, is following in his father's footsteps quite well. The 20-year-old has already made a name for himself in the higher reaches of open-wheel racing, having signed to Ferrari’s junior program at the beginning of 2019 and driving a modern Ferrari F1 car for the first time during testing at Bahrain in April. Recently, Schumacher got behind the wheel of Ferrari’s F8 Tributo supercar, and his thoughts on it may ease our uncertainty of Ferrari’s future performance machines.

In a video posted to Ferrari's YouTube channel, Mick Schumacher gives both his heartfelt thoughts and professional opinions on Ferrari's latest mid-engined creation. It's a day of firsts for the young racing driver, both the first time at the wheel of the F8 and the first time driving on track at Fiorano, Ferrari's private development circuit in Italy.

"This was a first for me—to be able to drive a Ferrari on this track," Schumacher said in an interview with The Official Ferrari Magazine. "I was so looking forward to this. This exact spot where we’re sitting right now? I used to hang out a lot here as a kid, watching my dad drive.”

The Ferrari F8 Tributo isn't a new car but an evolution of the 488 GTB, with a 710-horsepower, twin-turbocharged V8 lifted from the much edgier 488 Pista. In addition, the F8 sheds 88 pounds from the GTB, gaining some more aerodynamic and downforce-hungry bodywork in the process.

Schumacher's review primarily touches on these improvements and the effects they have on the car. Surprisingly, he says the Prancing Horse feels approachable to drive despite its respectably high power output, and the active aero helps balance the car mid-corner in situations where grip might not be at its best. He also praises the F8's responsiveness, noting that it gives similar levels of road feel to the open-wheel race cars he manhandles for a living.

It's overall a glowing review from Schumi's son, but we wouldn't expect otherwise from a junior Ferrari racing driver. Watch the video below to hear Mick Schumacher's thoughts on Ferrari's latest flagship supercar.

Watch Bruno Senna Blast Around a Racetrack in the McLaren Senna

The race car driver does his uncle Ayrton proud by flogging the car named after the legendary Formula 1 driver around a racetrack.