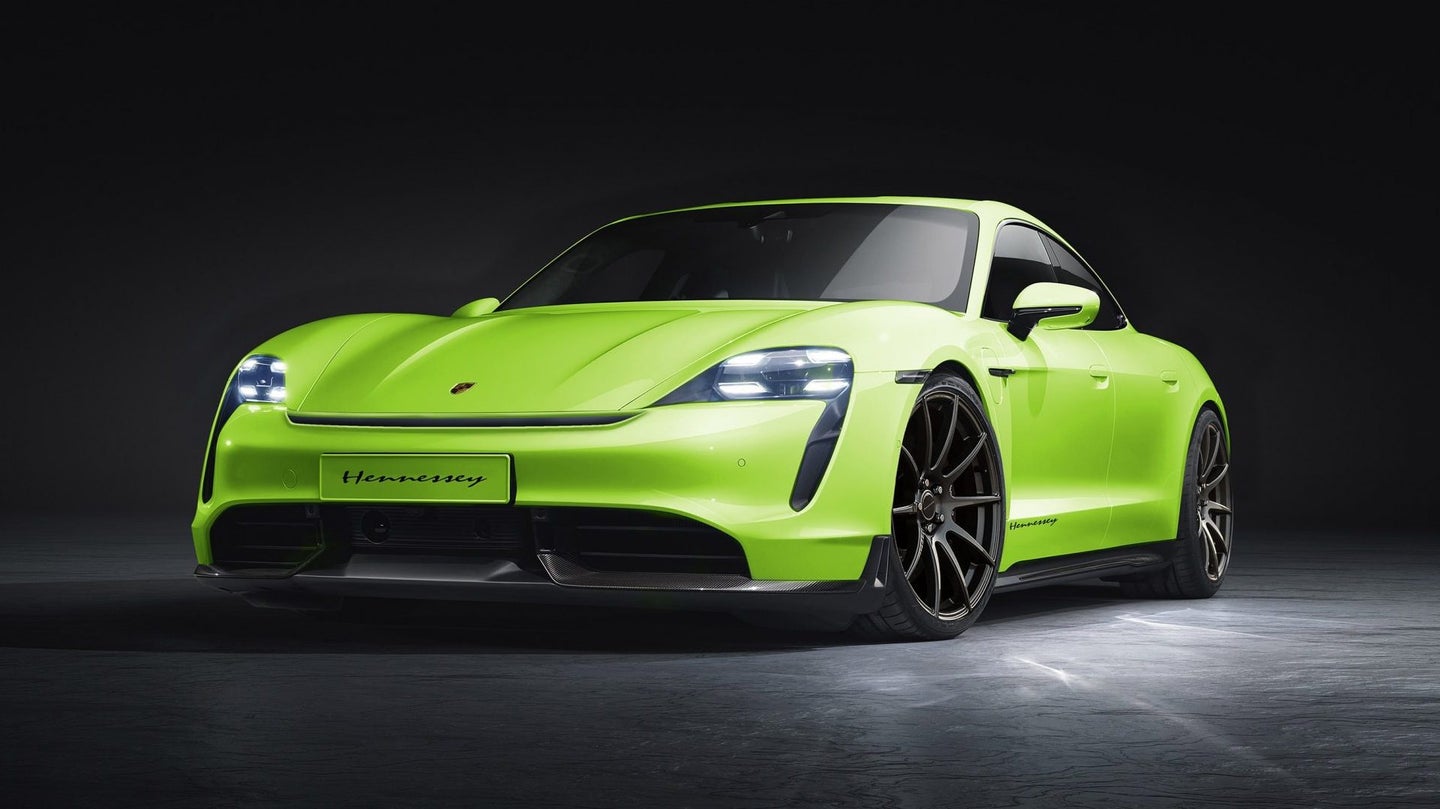 Power-crazed Texas tuner Hennessey is going against type and announcing its intentions to modify the 2020 Porsche Taycan, the first electric car to be fettled by Hennessey's hands.

"We've been planning to do something with electrified vehicles for a while now," said CEO John Hennessey.  "We felt that the new Porsche Taycan was the right platform from which to modify our first EV."

While Hennessey is famous for taking cars and boosting them to astronomical power figures, this is apparently easier said than done when it comes to electric powertrains since the tuning house says it will focus primarily on cosmetics before trying to figure out how to potentially get more power out of the Porsche EV.

The tuning boss adds that while his customers still crave internal combustion engines (preferably big and powerful ones, no doubt) for their weekend toys, a number have jumped to full-electric for their daily drivers.

"Nearly all of our clients still want raw, powerful ICE engines," he said. "But some of them have begun to add an EV to their collections for daily driver duties. We don’t want to reinvent the wheel in the electrified market, we just want to make it roll a little faster and cooler!"

The company has plans on taking delivery of a Taycan development car sometime in 2020.