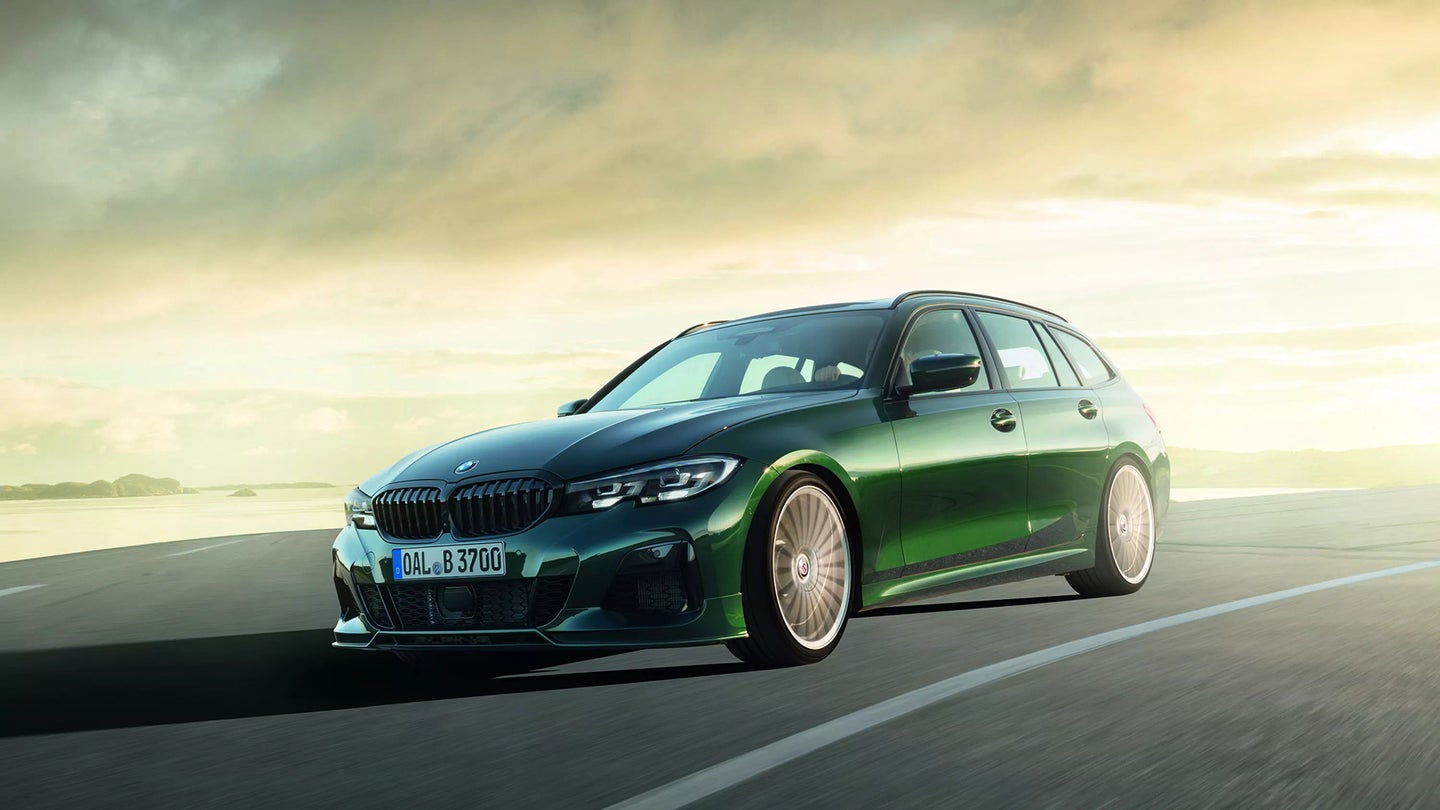 With the Frankfurt Motor Show in full swing, the world is getting some of its first looks at the industry’s latest offerings, one of which is the all-new BMW 3-Series Touring-based Alpina B3. Using the new BMW 3-Series wagon as the starting point that we don’t get, as you’d imagine, this Alpina B3 is also forbidden fruit. But that still isn’t keeping us from lusting over it.

BMW’s renowned independent turning division revealed the new B3 at the show earlier today and like other Alpina models, the firm takes BMW’s latest and cranks it up a few notches.

Both the interior and exterior benefit from a long list of upgrades, such as a subtle exterior body kit with lowering effects and improved aerodynamic functions, a sport-tuned quad-exhaust arrangement, and large multi-spoke 20-inch wheels wrapped in high-performance Pirelli P Zero ALP tires. The interior gains some exclusive appointments that separate it from standard versions of the 3-Series wagon, like bespoke leather seats with Alpina-only stitching, embroidery, piping, and embossing, custom wood trim, and of course, lots of Alpina badges and stamping.

More importantly, however, Alpina takes the 340i’s twin-turbocharged 3.0-liter gas straight-six and massages some extra juice out of it to the tune of 462 horsepower and a whopping 516 pound-feet of twist. The firm also upgrades the cooling system to make sure the engine operates more efficiently and to handle the extra power output.

Power is channeled through a retuned ZF-sourced eight-speed automatic and put down to the ground with BMW’s standard xDrive all-wheel drive system. Alpina also fits a bespoke limited-slip differential to get the most out of the system.

Alpina also adds Variable Damper Control adaptive suspension with custom springs from Eibach for a reduction in ride height and sportier handling without much of a sacrifice in ride quality. And helping to bring speeds back down is a high-performance brake package with cross-drilled rotors.

Pricing hasn’t been announced yet, but the ordering books are open. Not that it really matters for us, but we can at least have something to dream about.