The VW Group has sold 99,000 EVs already in 2022, but supply chain issues are holding back production of more cars. 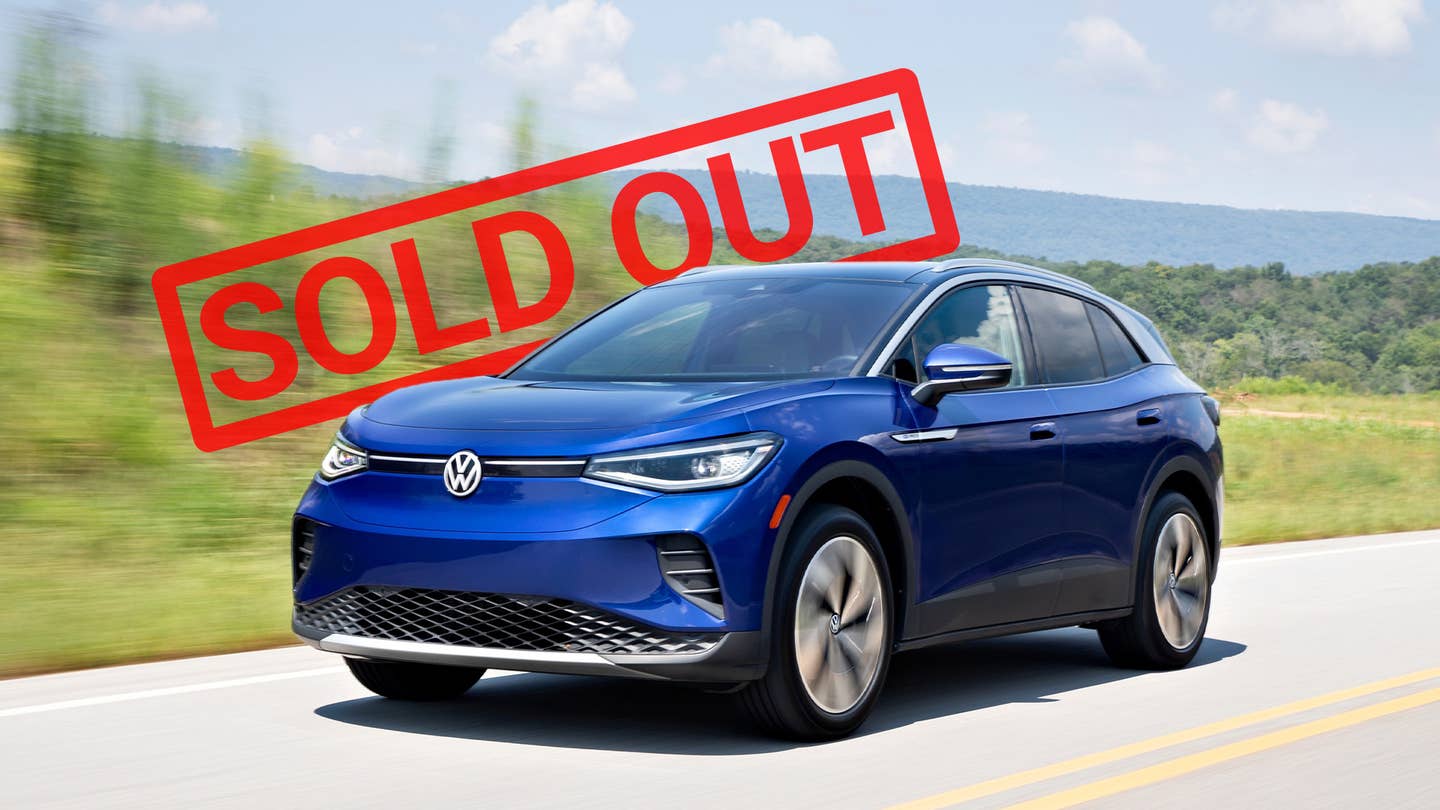 After months of battling supply chain challenges, Volkswagen Group has sold more than 99,000 battery-electric vehicles during the first quarter of 2022. This has positioned the automaker to be the second-largest supplier of EVs by volume in the world, right behind Tesla. There's just one problem: its entire brand portfolio is effectively sold out of electric cars for the rest of the year, creating a backlog of orders reaching into 2023.

“We have very high order books and order intake on electric vehicles. That accounts for all of our models from ID.3, ID.4, the Audi models,” said Volkswagen CEO Herbert Diess in an interview with Financial Times. “We are basically sold out on electric vehicles in Europe and in the United States. And in China, it’s really picking up.”

Now, let's be clear: VW isn't sold out in a way that means it won't be delivering any more of these vehicles to customers this year. It also doesn't mean that VW or its child brands will stop taking pre-orders and reservations—quite the opposite, actually. At this time, brands will continue to take orders on vehicles, though they might not be filled until 2023 depending on the model and market, and how many of those pre-orders actually translate into a sale.

A huge part of why Volkswagen has accumulated a backlog is due to vehicle supply. Production has been stifled significantly due to parts shortages caused by the global semiconductor crisis, the Russia-Ukraine conflict, and the COVID-19 pandemic. This has led to a rather large divergence from Volkswagen's overall 2022 sales target of nearly 700,000 electrified vehicles from both a supply and demand aspect, especially with sales dwindling in China, one of the automaker's largest EV markets.

"We can confirm that demand is currently very high and our order books are thus well filled," said a VW spokesperson in a statement to The Drive. "We could deliver many more vehicles to customers if there were no supply constraints. As a consequence, we currently have longer delivery times, especially for all-electric models, that in some cases reach into 2023."

Meanwhile, VW is also looking to once again become relevant in the U.S. market where its "biggest competitor" Tesla calls home. In the first quarter of 2022, Tesla sold more than three times VW's electric vehicle output despite similar challenges in the global market. But for that to happen—especially in the battery-powered segment—VW needs to achieve more market share despite its supply hurdles.

VW says that it is "working relentlessly" to reduce the backlog of orders, though that is dependent on global parts shortages. The auto industry expects the global semiconductor shortages to ease in the second half of this year, though VW in particular also has other hurdles to overcome. The automaker has several suppliers in Ukraine affected by recent conflicts, making it difficult for its brands to obtain certain wiring harnesses and switches necessary for vehicle production. VW says that it has been looking to find an alternative means of production in the interim.