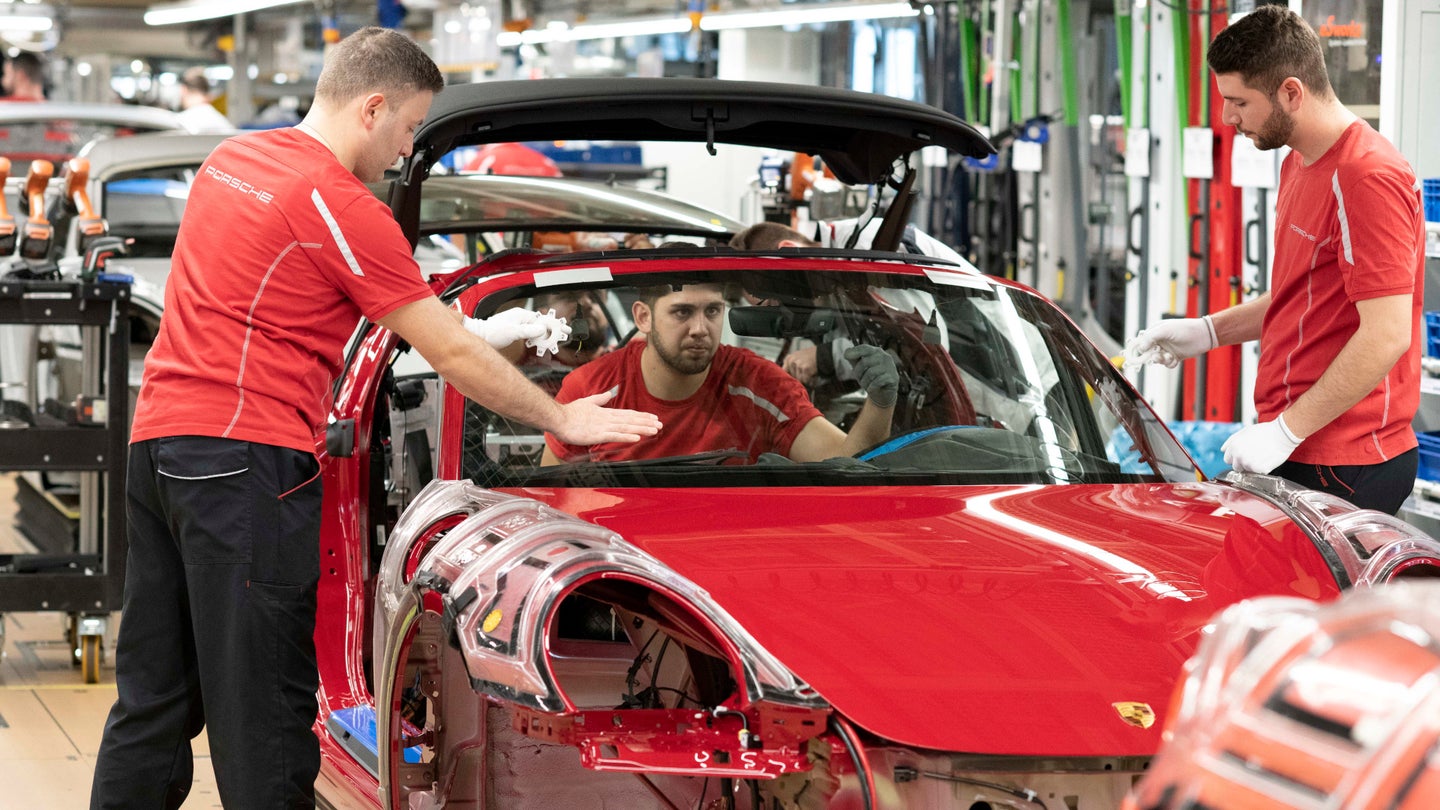 Porsche has had a difficult couple of months. Not only struggling with the chip shortage and supply chain problems like the rest of the industry, it also lost many cars when a cargo ship sank after a major fire in February. Initial reports from Reuters are that the company has had to temporarily shut down production at its Leipzig plant thanks to issues stemming from the Russian invasion of Ukraine, but rumors on the Rennlist forums suggest the issue may be more widespread.

Porsche announced it will suspend production in its Leipzig plant from Wednesday afternoon until the end of next week according to statements from a Porsche spokesperson. The Leipzig plant is primarily charged with production of the Macan and Panamera SUVs.

However, unconfirmed screenshots of an internal Porsche email, as posted to Rennlist, suggest models built at other factories could be affected. The Russian invasion is directly cited as the root cause of the problem, with the email stating "The situation in Ukraine is impacting our production activities and the supply chain for Porsche plants are being affected."

The email notes that all cars with a "CP8 date" prior to given deadlines in March will be produced. The CP8 date refers to a given milestone in the production process. Notably, the email goes on to state that vehicles with CP8 dates beyond the stated deadlines "will not be produced."

According to the image, 911 models with CP8 dates up to March 31 will e built, while 911 GT3/Touring models have a CP8 deadline of March 17. 718 models time out on March 14, with the Macan and Panamera set to stop on the 2nd of March, roughly in line with the first official reports of the Leipzig shutdown. Taycans and Cayennes have deadlines set on March 3 and March 7 respectively.

The Drive has reached out to Porsche for confirmation of the broader shutdowns and will update this article accordingly when official comment is available.

Porsche has provided a statement to The Drive, indicating that the Volkswagen group as a whole "views the situation in Ukraine with great concern and dismay." Regarding ongoing production, Porsche's spokesperson noted the already-confirmed shutdown at Leipzig, while stating that production at the Zuffenhausen plant, responsible for the marque's two-door sports cars, remained operational for the week beginning February 28.

However, the situation remains fluid. Porsche's spokesperson stated that "In the coming days and weeks we will operate on a short-term basis and continuously reassess the situation."

It's unsurprising that fierce fighting in one of Europe's largest countries would have effects around the continent. Regardless, despite the dire nature of the situation, Ukraine's government and people have shown they will not be cowed by Russian aggression.