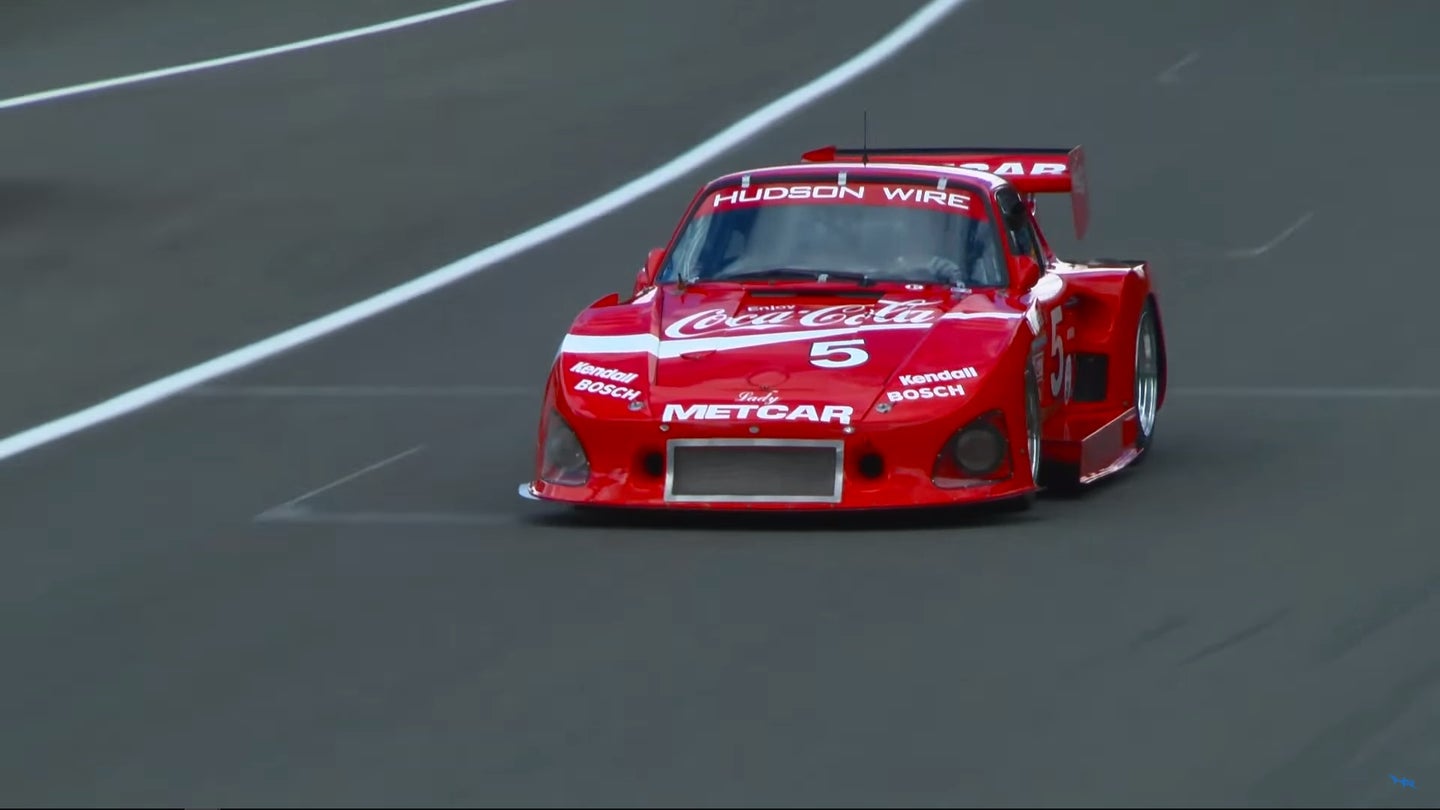 Sometimes when I think back on the existence of the 935, I remember just how crazy Porsche used to be. The original 935 was effectively new aero on a traditional 911 street car chassis. As the car progressed through its lifecycle, and the competition got more, well, competitive, the 935 evolved itself into a few very strange variants. Porsche's famed "Moby Dick" might give the Kremer K3 a run for its money in the crazy department, but we think this one takes the cake.

Because the rear window of the car was mandated by the FIA Group 5 ruleset to stay intact and in the same place as stock, Kremer simply built a second roof and rear window assembly on top of it to provide a more aerodynamic profile. You'll see in the car's profile that the rear segment is much more streamlined through the rear wing. This is the great innovation - a, perhaps, malleable interpretation of the rules - that Kremer developed to help their car take an overall victory at Le Mans.

This particular car appears to have been raced in the IMSA GT category here in the United States, as well as a number of international series, by Bob Akin's famed Coca Cola sponsored team throughout the late 1970s and early 1980s. In the video here, the car is competing in the vintage races at Spa Francorchamps. You can just imagine the thing competing in-period. It must have looked like an absolute space ship at the time, and certainly one of the most advanced racers of its day. Compared to the Chevy Monza that was its biggest competition here in the US, Porsche and Kremer had crafted a modern missile.

Click play and crank up the sound, because this thing makes a glorious racket.