VW Wants To Be Relevant in the U.S., and It’s Looking at an Electric Truck

Hear us out: Volkswagen Cadd-E. 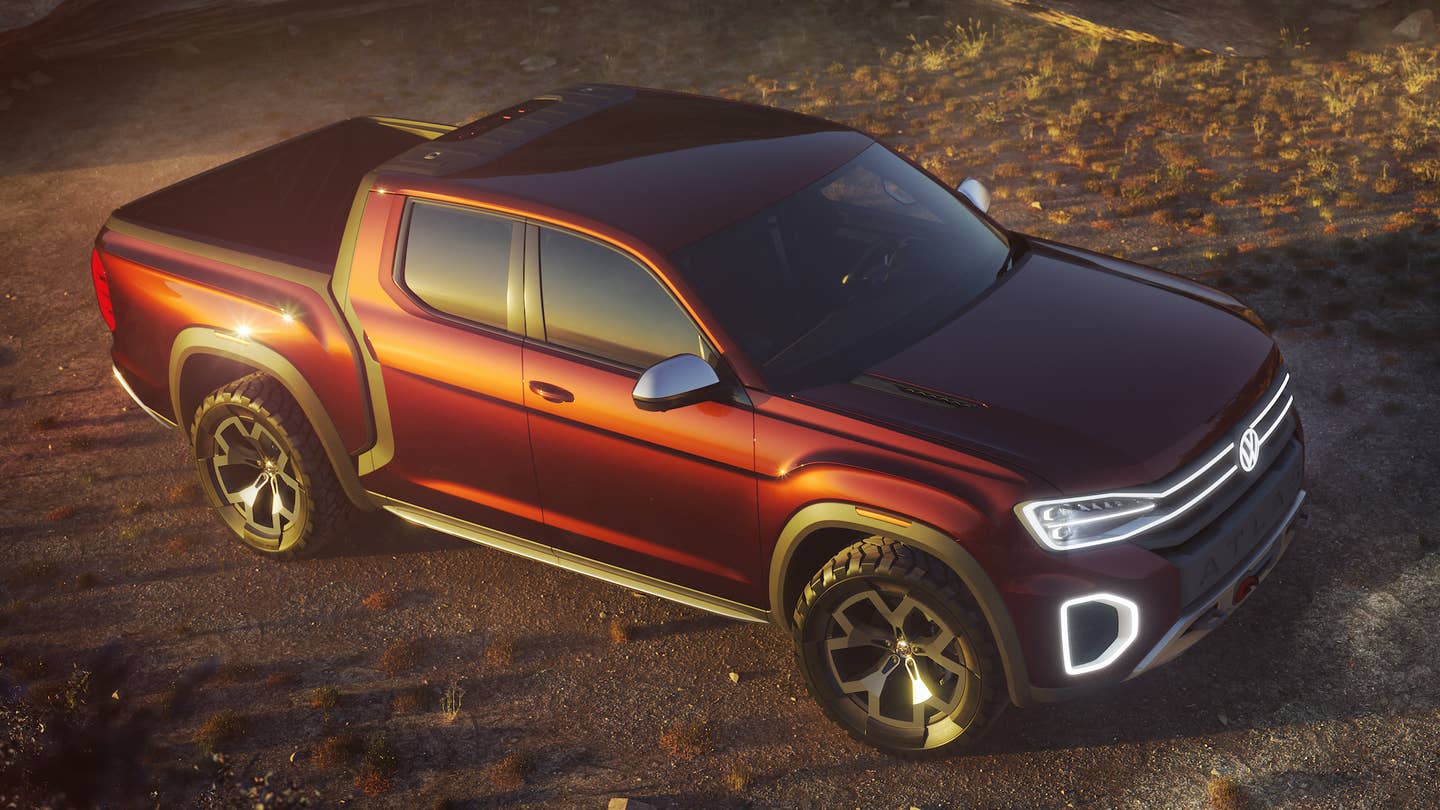 The new Volkswagen Amarok pickup, based on the 2023 Ford Ranger, is not going to be sold in the United States. VW has made that much clear. As recent comments from executives have revealed, however, VW hasn't actually counted out a pickup for the U.S., which could arrive with battery power. And it might be just the thing VW has needed for decades to finally get its foot firmly in the door of the U.S. market.

Scott Keogh, CEO and president of VW's North American operations, told Business Insider that the industrywide push for electrification gives VW a chance to carve out its niche as all carmakers struggle to fire up electric-vehicle production. If someone can't get a Ford Mustang Mach-E, maybe they'll consider a VW ID.4, and it stands to reason the same holds true for electric trucks. No Hummers available? Time to look at alternatives, be they the Rivian R1T or VW Cadd-E (which it definitely won't be called).

"I think a buyer would historically say, 'I buy F-150, I buy Ram, I buy Silverado.' Now they might be saying, 'I'm going to buy an electric one,'" Keogh said. "That reset moment gives a competitive chance to come in, whether it's Rivian or whether it's us."

"I think it's the chance of a lifetime in this segment because electrification gives you a reset moment. It gives you a chance to bring some, let's say, alternatives and some new ideas into this great segment," he added. "It's something we're actively looking at, but nothing to actually report now."

Keogh's comments on trucks were slightly expanded on by VW Group board chairman Herbert Diess, who added that VW does not yet have plans to produce such a truck in an interview on CBS's "60 Minutes." That'd seem to clarify that the electric VW pickup is more in the evaluation stage than actual planning, leaving it as a mere hypothetical. It'd be a risky product to realize, as there are serious disadvantages to showing up to the electric truck market late. Ford's is nearing launch, and Geberal Motors and Rivian are already in the ring.

VW wouldn't be the only company on its back foot, though. Ram will also be a latecomer, although it has already emphasized the upsides of learning from others' mistakes, which is why its electric truck will be available with an onboard range extender. Looking before leaping can assure VW it'll bring something to market that the U.S. market will like, potentially in a way that addresses multiple segments, potentially even the upmarket truck segment Audi is exploring. In any case, a properly executed electric pickup might finally establish VW's financial foothold, which Diess admitted has been unsteady in recent years due to VW's U.S. business losing money.

"This is such an important market," Diess told Automotive News. "And there always have been discussions, although internally: Shouldn't we give up the U.S. because we are losing money? We are going nowhere.' No, we have to come back in the U.S. We have to become relevant in the U.S. And we are in the right way."

And the right way would seem to be the truck way, automakers appear to agree. Here's hoping that if VW goes in on an electric truck, it learns some lessons from the ID.4 and launches it with a half-decent interface. Because if there's one thing the past couple years have shown that the U.S. car buyers cannot stomach under any circumstance, it's inconvenience.

If you’ve got one on order, owning an electric F-150 is about to get a lot closer.

Ram Electric Pickup Will Have a Combustion Range Extender: CEO

Is an onboard gas or diesel generator the solution to electric pickup range anxiety?