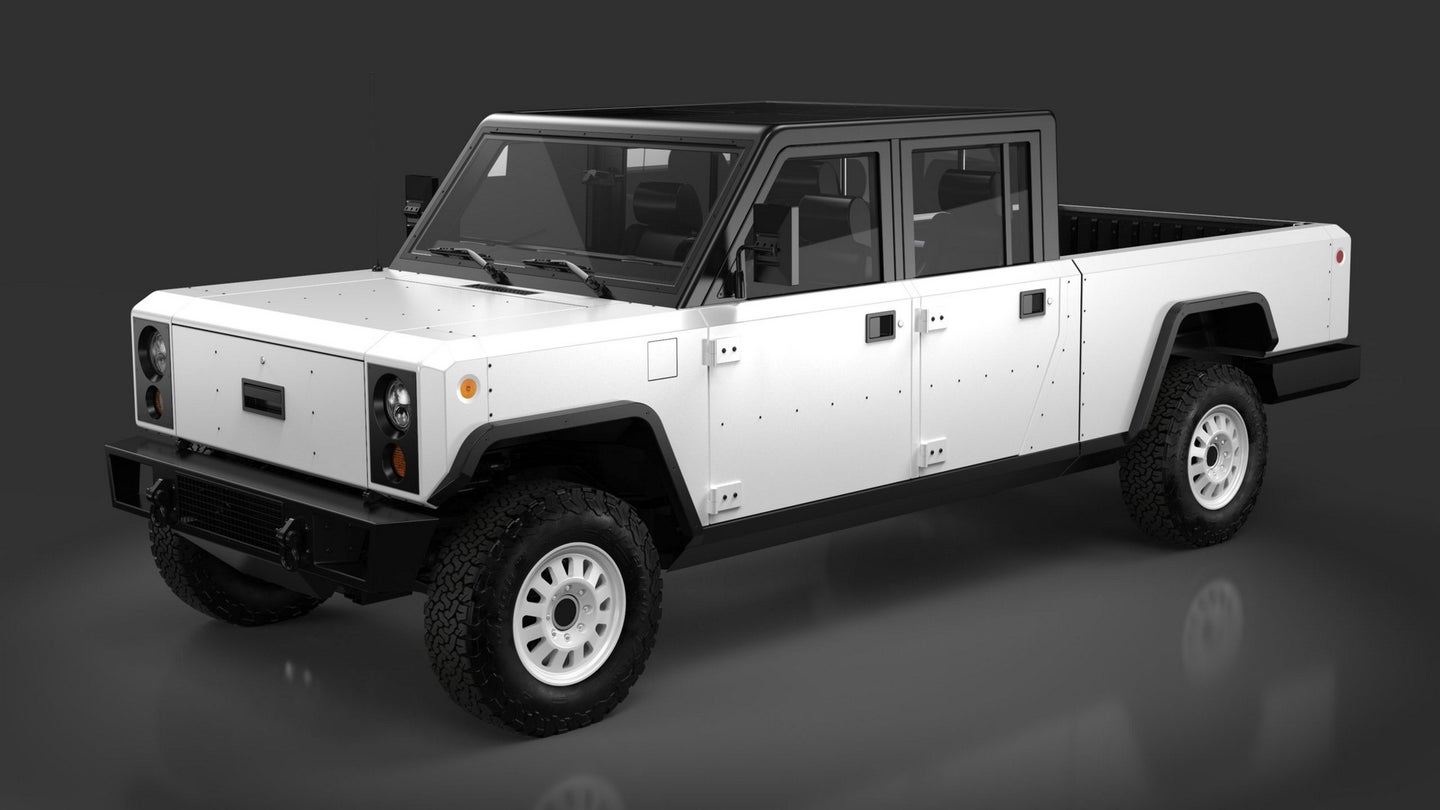 American EV startup Bollinger Motors created a rather clever bit of kit based on a modular platform that soon can be yours with both a regular 4x4 and a longer-wheelbase pickup truck body. Prototypes were hand-built and the technology got tweaked, then explained in detail, only to push Bollinger closer to finally gearing up for series production. Both the B1 truck and the B2 pickup should hit the road in 2021, and to have a better chance of keeping that schedule, Bollinger has now released a sneak peek of its production-intent designs. They're also trying out renderings in white instead of black, so there's that.

Perhaps more important is that Bollinger made a number of small, yet significant changes to its design, with the new renders "representing thousands of engineering hours, several innovations and patents and most importantly, immense amount of passion and care." With that in mind, let's take a look at what sort of electric off-roaders Bollinger wishes to sell us starting at $125,000, next to a number of commercial vehicles and the electric platform made available to other vehicle manufacturers.

In terms of the changes, it's important to note that the beltline has been subtly raised to give more headroom to occupants while also extending the front cargo space. Team Bollinger believes "this visually impacted the exterior design in a positive way, by keeping a majority of the visual weight below that beltline, the chamfer that runs the length of the body side, just below the hood." More stable and sturdy looking, now ready for the tallest among us.

With the taller beltline comes a larger glasshouse as well, correcting proportions and improving visibility. Under the hood, Bollinger has also achieved what it calls "a breakthrough in thermal management." By reducing the radiator size, the team can now use a slim cooling unit behind the bumper with better airflow. With the dual, top-mounted radiators not needed anymore, the frunk could be widened significantly. The headlights have also moved outboard, which Bollinger says creates a similar mounting strategy as the rear lights, allowing further symmetry in their design.

Last but not least, the B-pillar was moved forward for better ingress and egress for rear occupants. And with that move making sliding glass window cassettes less effective, Bollinger opted to go with the time-proven technology of manual crank windows, which it says is much lighter and just as robust as the sliding glass design.

The B2 pickup adds one more modification, which is that the bed is now independent of the cab. The world could use more unibody trucks, but they won't be coming from Bollinger, apparently.

The rest of the proposed specs sheet remains the same. For your $125,000 plus change, Bollinger shall provide you with an electric truck that offers four-wheel-drive with 614 horsepower and 668 pound-feet of torque, powered by a battery pack up to 142 kilowatt-hours for a range in excess of 200 miles, all in an off-roader that gets to 62 mph from a halt in 4.5 seconds.

Got a tip on how to make a successful EV truck from scratch? Send us a note: tips@thedrive.com

It’s all designed and built in-house by the Detroit-based startup.