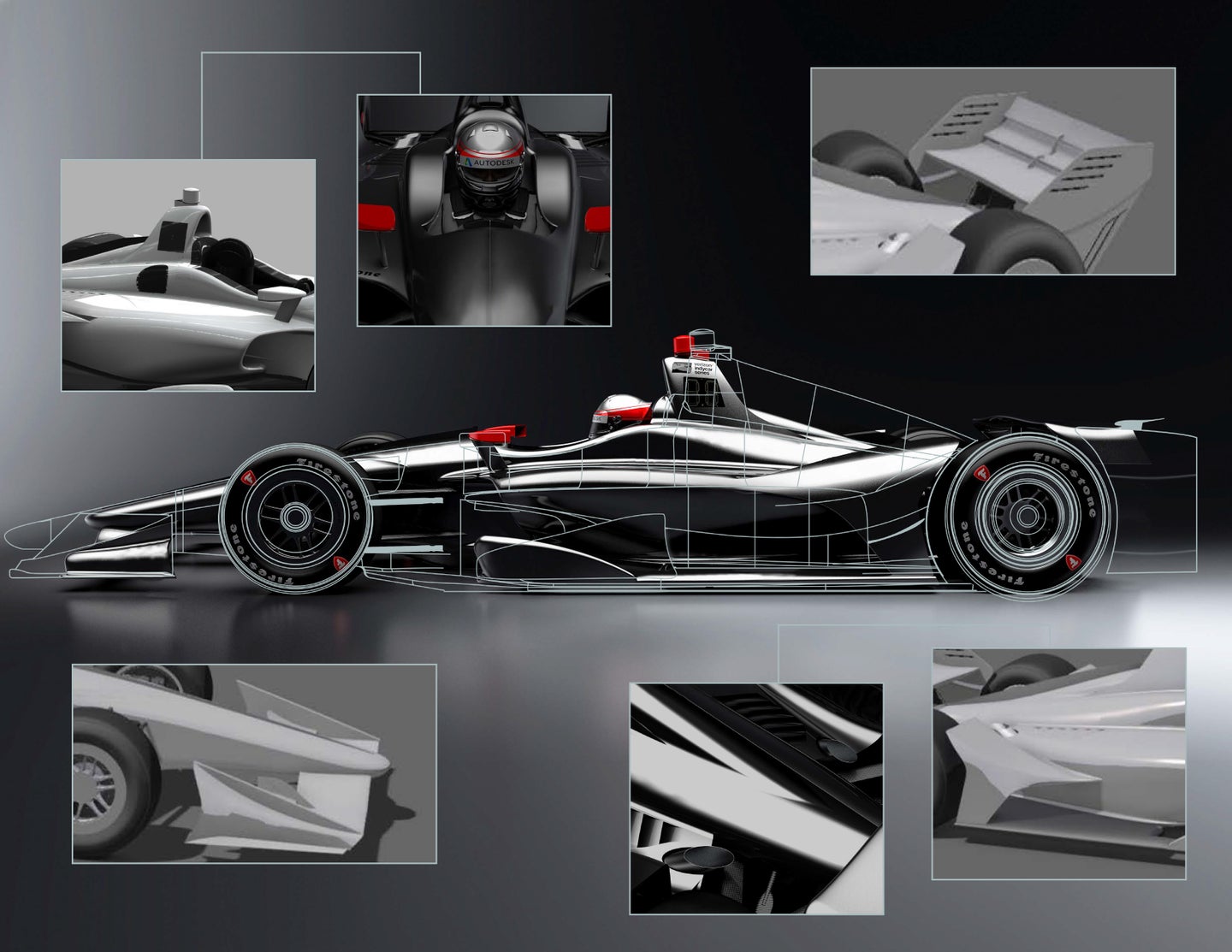 With the 2018 year of IndyCar creeping up, the racing series has just unveiled the new bodykit design that will cloak the race cars. Sporting a lower engine cover, repositioned radiators, and smaller wings in both the front and back of the car, the 2018 design looks sleek.

Jay Frye, IndyCar president of competition and operations, said, "While this remains a work in progress, we are encouraged with where the development of the 2018 car stands." He added, "The look of the car is bold, the performance data from simulations is meeting targeted goals and safety enhancements built into the design will be substantial."

While the universal body kit will be entirely new, the chassis—the Dallara IR-12—has been in use since the 2012 IndyCar season. IndyCar teams will also have the option to choose either Honda or Chevrolet engines for competition and the car will come in two different configurations—one for super speedway ovals, and another that will be used for road courses, street courses, and short ovals.

One fundamental change about the new design is where it creates the majority of its downforce. Instead of relying on wings and spoilers, which are situated on the top of the car—and, as a result, create turbulent air behind the car, making close following difficult—the new design creates most of its downforce from its flat underbody. That way, it will create less turbulence behind the car and make passing easier. The hope is that this will improve racing (and its entertainment value).

Though we won't see this new design in official action until next season, we're hoping to get a peak of it testing over the summer.

Are IndyCar Drivers Smarter Than a Fifth Grader?

No clue. But apparently they are smarter than Sports Illustrated Swimsuit Models.