Turn Your VW Beetle Into an Adorable Pickup Truck With This $3,000 Kit 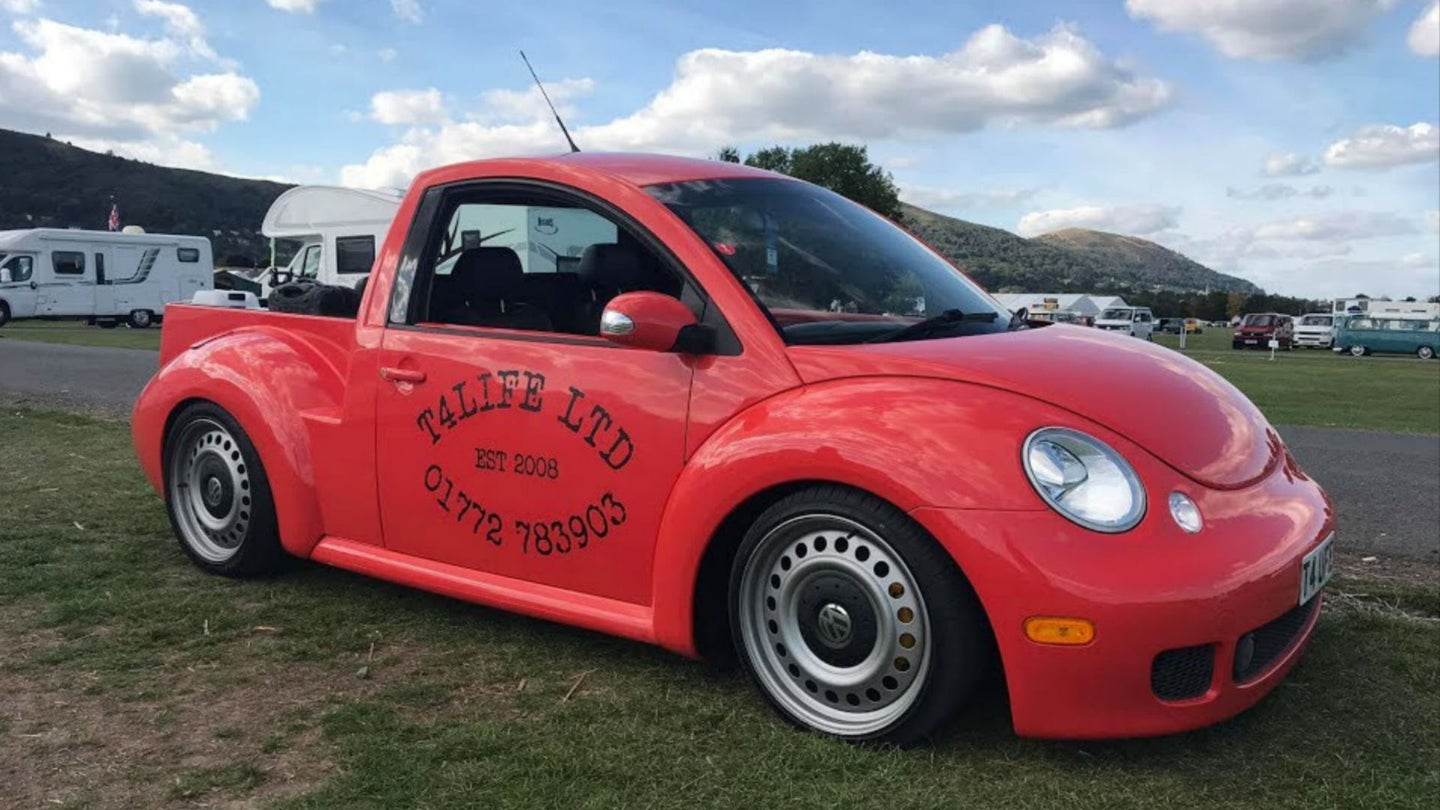 If you’ve ever owned a Volkswagen Beetle, new or old, there’s a great chance you found yourself woefully underprepared to carry anything bigger than a stack of Jefferson Airplane records. A shop by the name of Smyth Performance, the same people that brought us the Jetta Ute and Charger Ute, have stepped in to give the Beetle a pickup truck makeover, and the result is an adorable and useful little truck.

People buy a Beetle for its looks, its charm, and probably even the car’s connection to '60s hippies—not necessarily for its generous cargo capacity and ability to haul firewood. Smyth’s kit solves those problems, giving Beetle owners the ability to still look "cool" while adding quite a bit of open-air cargo space in the truck's bed.

The video above runs through the build in just about a minute, and while the actual process doesn’t take too long start to finish, constructing your own make-shift pickup will take a few days. Smyth says its kits are all aluminum and feature bolt-together panels that are rust-free and easy to install. The build will still require the car to be cut in two places, so it’s not something just any homebrew wrencher can jump in and attempt.

Smyth Performance’s founder Mark Smith said that the response to the new kit was overwhelming and that the age range of buyers is just as interesting. The company notices that many customers are trending toward the older side, which may mean the Beetle Ute is becoming the retirement car project of choice for some folks.

VW ended production of the Beetle last year, but Smyth’s package may help bring new life to the cars that are left on the road. The New Beetle Ute kit costs around $3,000, excluding the price of the base car, and will work for models made between 1998 and 2010.