The luxury brand’s CEO isn’t making any promises, but it’s being investigated. 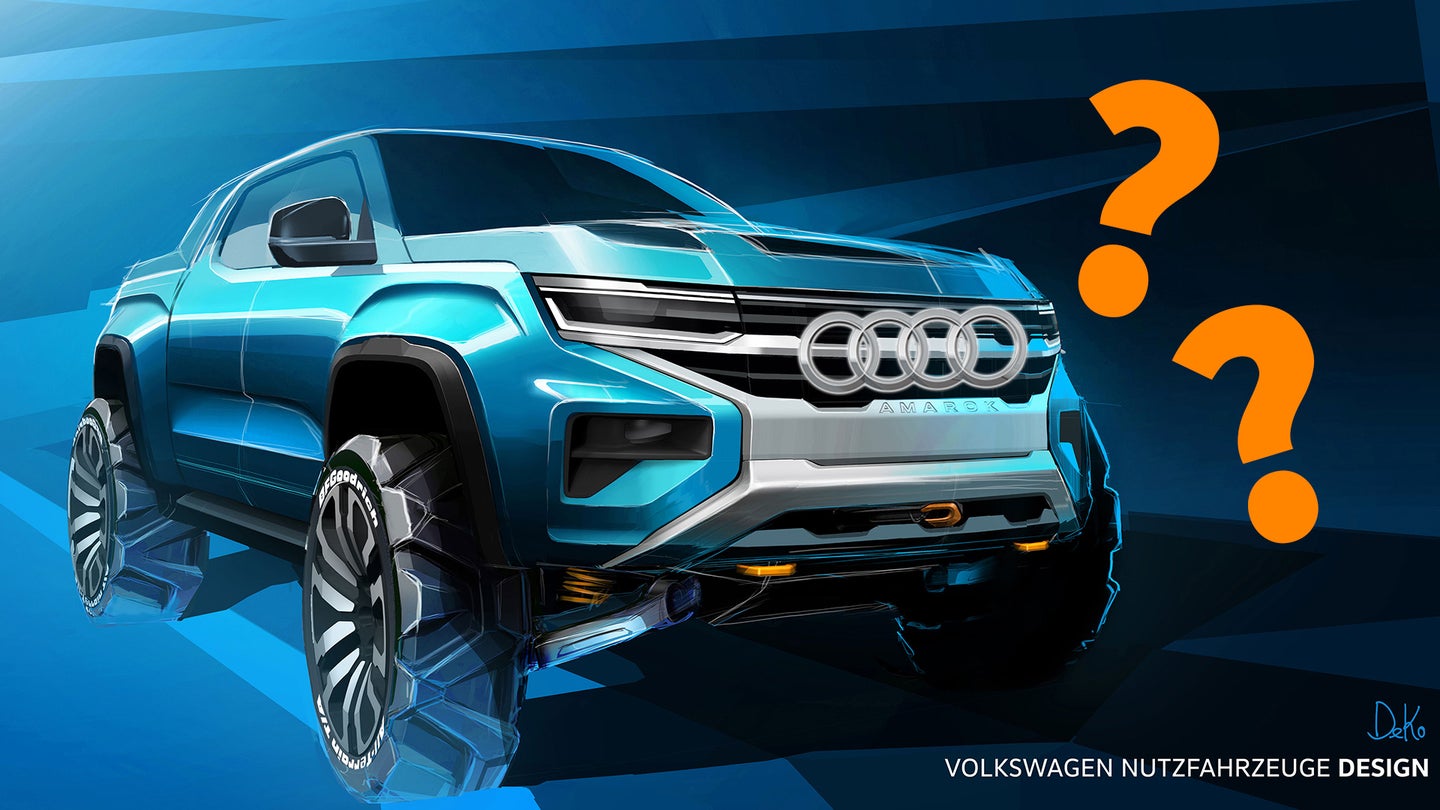 Luxurious SUVs are now a mainstay of the car industry, and the Volkswagen Group knows it. Porsche, for example, sold more Macans and Cayennes last year than it did sports cars combined. And now, Audi is apparently considering a move to the next logical off-road based vehicular frontier: Pickup trucks.

The confirmation that the German automaker has thought about a vehicle with four interlinked circles and a bed comes from Audi Charman of the Board Markus Duesmann, who spoke ahead of a Volkswagen Group earnings meeting. He was asked if an Audi pickup was a possibility by a reporter and replied, "I can't promise that we will do one, but we are looking into it," according to a report from Autocar. He went on to add, "Actually, we will present—not too far from now—maybe something."

Now, obviously, this is not a confirmation that Audi's F-150 competitor is about to take American shores by storm, but Duesmann's answer makes the idea of an Audi pickup seem plausible. The rest of the world has already seen the Mercedes-Benz X-Class, which showed the market what a luxury-brand pickup looked like. It's no small secret that American buyers frequently spec domestic trucks into plush palaces of comfort, as well, with luxury-tier pricing that would make an A4 blush. And it's not like pickups are loss leaders, either, because full-size truck profit margins are estimated at upwards of five figures per truck.

It gets vastly more realistic when you consider that VW's own next-generation Amarok pickup is due to arrive soon. The new truck is built in partnership with Ford and has Ranger underpinnings, so it wouldn't take huge amounts of effort for Audi to build its own version, although it would suggest we might not get the Audi truck stateside if that's the case. VW has already announced that there are no plans to bring the Amarok to the U.S., and that may carry over to Audi's hypothetical truck.

While there are technical complexities to building a truck that I can't fully examine in the span of a news blog, I also admit that I'd love to see Audi not only build a truck, but build a Ranger Raptor competitor. Perhaps slap an RS7's twin-turbo, 4.0-liter V8 under there? Ford has yet to announce specific power figures for the 2023 Ranger Raptor yet, but I have to imagine that Audi's 590 hp and 591 pound-feet under the hood of a plush Amarok would put up a hell of a fight. Obviously, we'll have to wait for an official announcement to confirm that the truck will even exist, let alone what engine it would get, let alone if a V8 could even fit in the bay. However, I'm going to dream undeterred.

Volkswagen Could Build Raptor-Fighting Amarok, With or Without Ford’s Help

The Amarok is built on the Ranger platform, and if Ford won’t share Raptor parts, VW might look elsewhere.