The hot Ford Bronco SUV will go on sale in Europe at the end of next year, the company said Monday. The truck will be sent in "strictly limited numbers [to] selected left-hand drive" countries. That means some nations in mainland Europe will get machines from the Blue Oval, but the United Kingdom will be left out for now. Only four-door versions of the truck will be sent abroad.

Ford is skipping right-hand drive markets because of low sales projections, according to Autocar. Broncos are already imported privately to the U.K. at a markup, anyway.

Ford did not mention if the new Bronco Raptor will be making its way across the pond, but the Ranger Raptor pickup is already sold in European markets, including the U.K. The Bronco is based on the previous-generation Ranger. So while Britain may not be getting the Bronco yet, it isn't exactly suffering.

The Bronco's biggest competitor, the Jeep Wrangler, is already sold in select foreign markets beyond Europe. Most noteworthy are Australia and Japan. In Japan, Ford's truck would likely be a similar novelty to the Wrangler, although it's worth noting that Stellantis' truck sells in very modest numbers there. Just 13,360 Jeeps were sold in Japan in 2019.

Currently, only a handful of Fords built in North America are officially exported abroad to RHD markets. They include the Mustang coupe and the Mustang Mach-E EV. 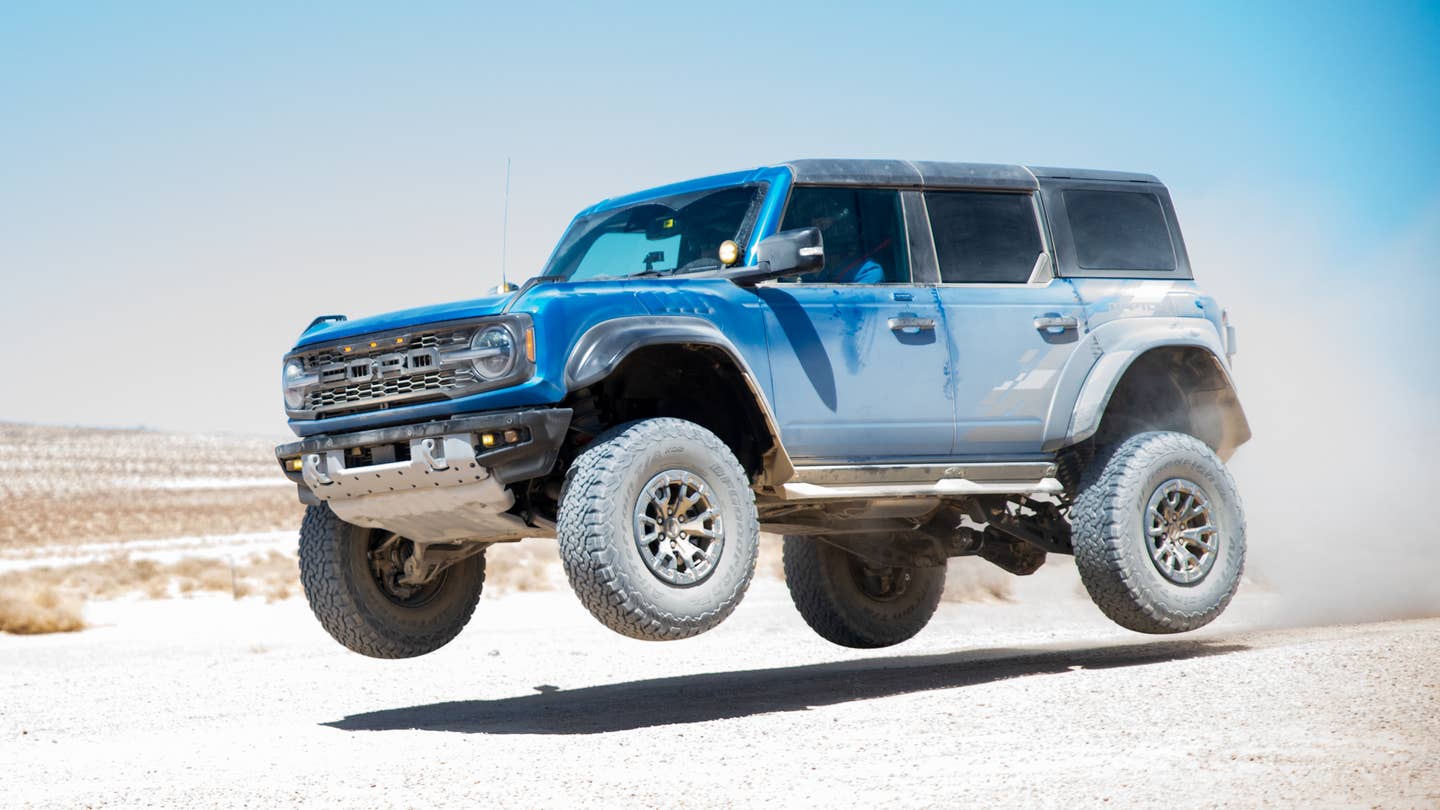 Ford made genuine improvements to the truck’s IFS so it can handle higher speeds and 37-inch tires. 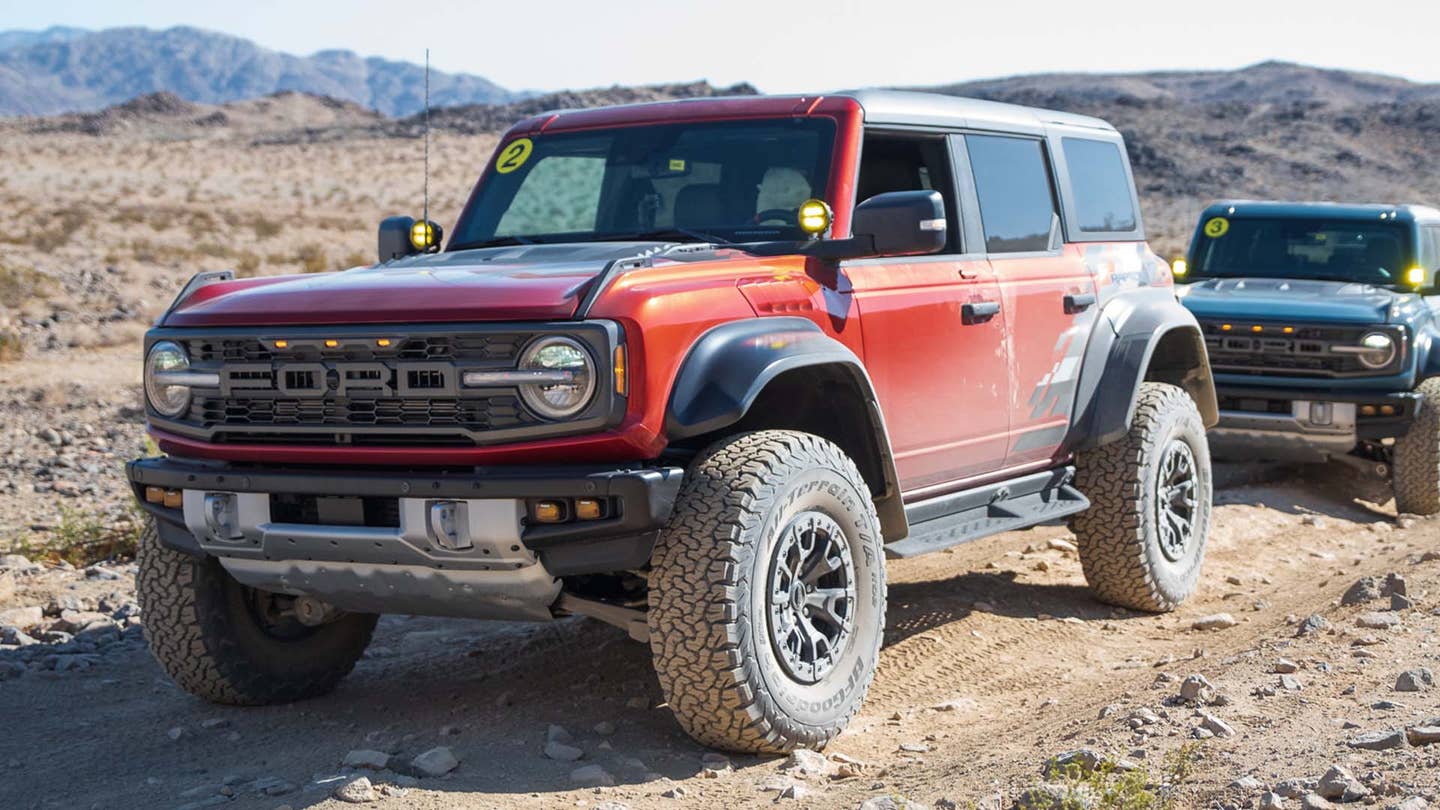 2022 Ford Bronco Raptor First Drive Review: It Drives As Crazy As It Looks

This off-roader’s styling is tragically over the top. Good thing it can wheel with the best of ‘em. 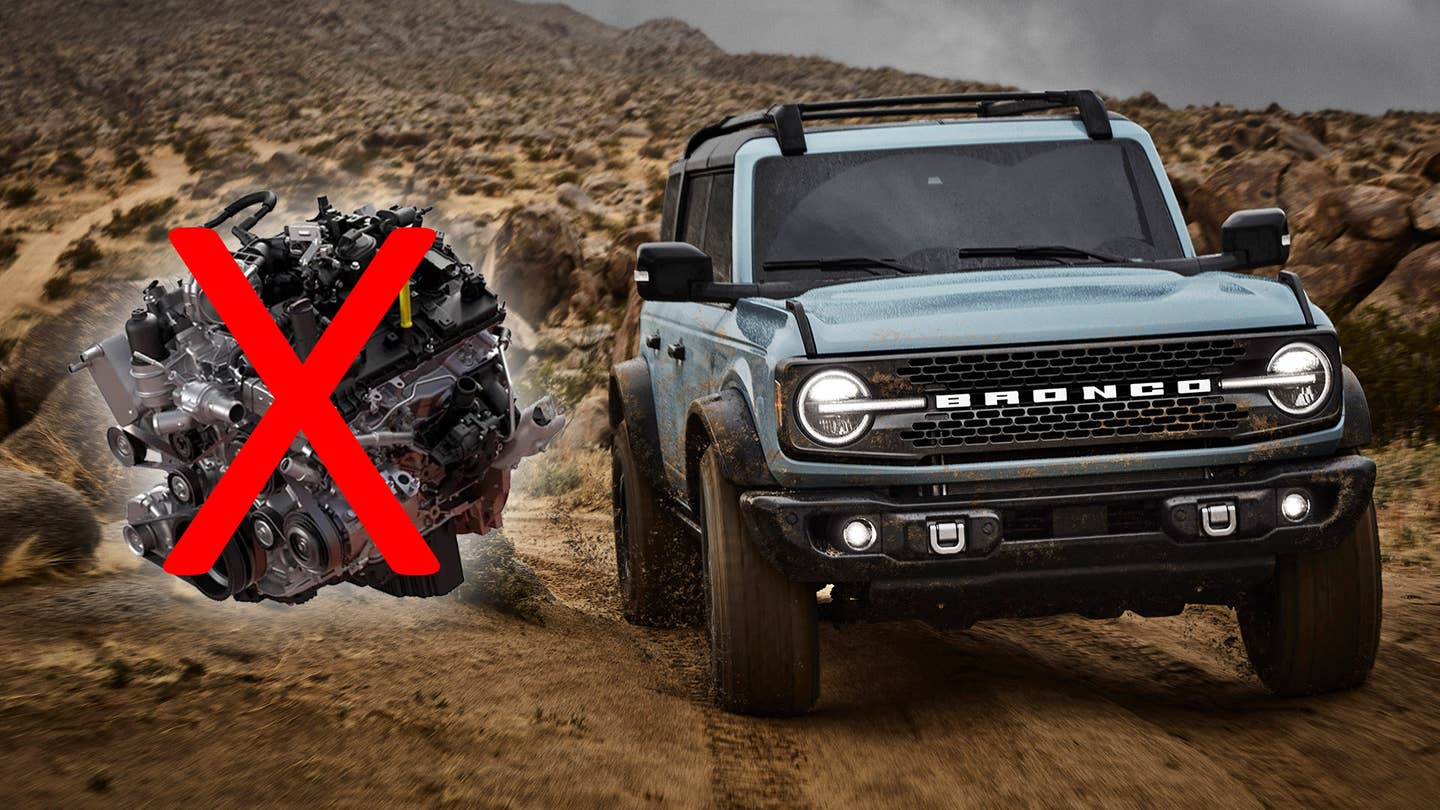 The Ford Bronco’s 2.7-liter V6 is getting some attention from the NHTSA after dozens of owners reported “catastrophic” problems.