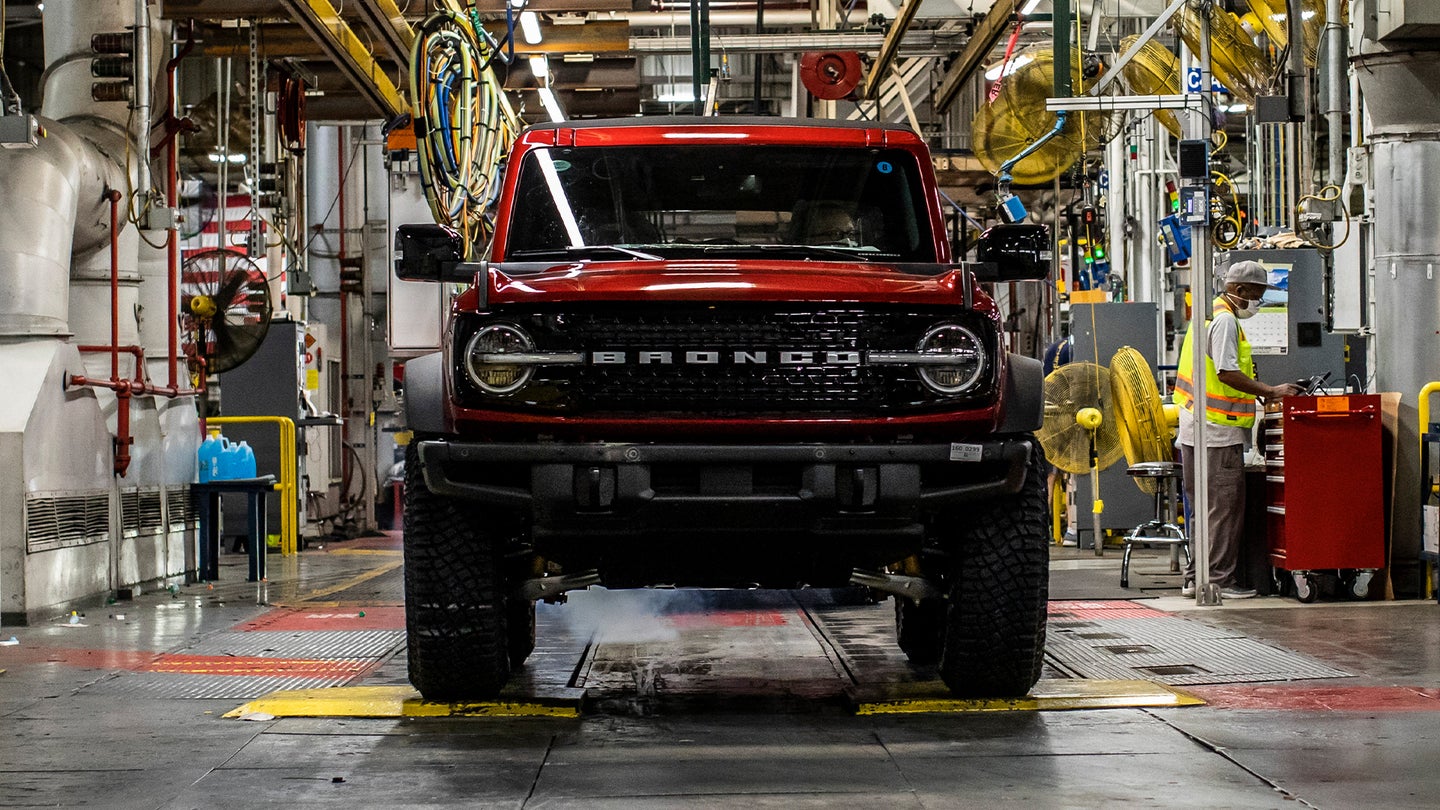 You've probably heard that 2021 Ford Bronco production is, at long last, underway. Select models are being built first since the Blue Oval automaker is still fighting a slew of supply chain issues, and it's because of that and unexpectedly high demand for certain packages that some order holders will be waiting for their Bronco longer than the rest.

Regardless, after months of nothing but hard-to-swallow news about delays and parts shortages, there are now hundreds of Broncos ready to ship.

Photos of a storage lot with rows of Broncos were initially posted by Ford Authority, which specualted that they might be on-hold due to even more shortages. A Ford spokesperson confirmed to The Drive, however, that this is simply a holding yard as the 4x4s await shipment to dealers.

We've spotted similar, more daunting scenes in the past few months, including a stockpile of Ford Super Duty pickups so enormous you could see it from space. Those trucks were waiting on semiconductor chips—apparently, a lot of them still are—though that's not the case here.

To this point, perhaps the biggest obstacle for building new Broncos has been sourcing the roofs. While soft tops are in plentiful supply, the molded-in-color tops have been a painpoint, especially since so many potential owners spec'd their Broncos with them. Ford also received more orders for models equipped with the max tow and Sasquatch packages, so it's having to carefully prioritize each build. That's not always easy when roughly 125,000 reservations were converted to orders.

Some of those 125,000 have received estimated build dates for their Bronco along with their VIN, though Ford has yet to provide such details for a lot of customers. There are all kinds of variables that play into the build and delivery dates for each custom-ordered Bronco, and we already know some variants like Sasquatch rigs with the manual transmission won't come until 2022.

New Ford Broncos Are Finally Rolling off the Production Line

It’s been a long journey, but the comeback offroader is finally shipping out.

There are plenty of interesting details here, as you’d expect from a manual that’s longer than any Lord of the Rings book.