It’ll debut right after the refreshed Hyundai Palisade gets its time in the spotlight at next week’s NY Auto Show. 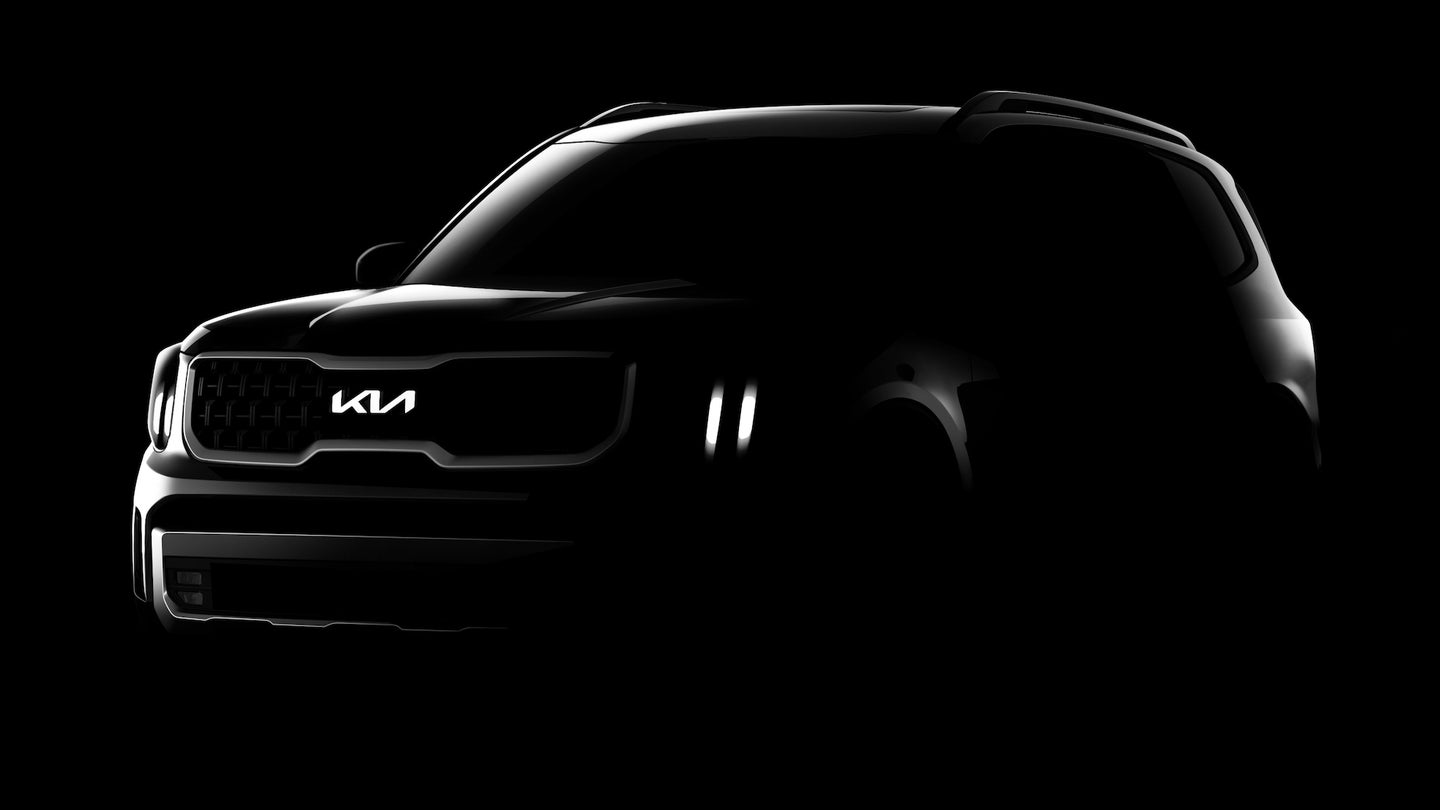 Just like its Hyundai Palisade platform-mate, the 2023 Kia Telluride is getting a mid-cycle refresh for the new model year. Set to debut at next week's New York International Auto Show, the facelifted Telluride doesn't look as extensively reworked as the sharpened Palisade, as far as I can tell from the two dark teaser sketches Kia released.

There appears to be a new lower front bumper design and the crossover's orange, rectangular LED headlight signatures appear to have been replaced with dual-vertical lines, but everything else I can see looks the same. The interior, however, looks like it'll be quite different from the outgoing model. The instrument and infotainment screens will now apparently live on the same piece, all luxury car-like, while the air vents are slimmer and the rest of the cabin's details look like they'll be sharpened up.

For comparison sake, here are side-by-sides of the teaser images with the current 2022 model from similar angles.

On top of the aesthetic changes, Kia says the Telluride will also be getting a new, presumably more off-roadable X-Pro trim. No Telluride X-Pro details have been released but for reference, the company's Sportage X-Pro adds B.F. Goodrich all-terrain tires with 17-inch matte black wheels, LED fog lights, a heated windshield and washer nozzle, and multi-terrain drive modes.

Kia will be taking the wraps off of the 2023 Telluride on Wednesday, April 13 at 10:10 a.m. ET—precisely 25 minutes after Hyundai reveals the new Palisade—at the NY Auto Show. The Drive will have boots on the ground, bringing you everything you need to see and know.

Got a tip or question for the author about the Telluride? You can reach them here: chris.tsui@thedrive.com

Details are few and far between, but we won’t turn down more efficient trucks.