Kia's all-new crossover is off to an adventurous start. 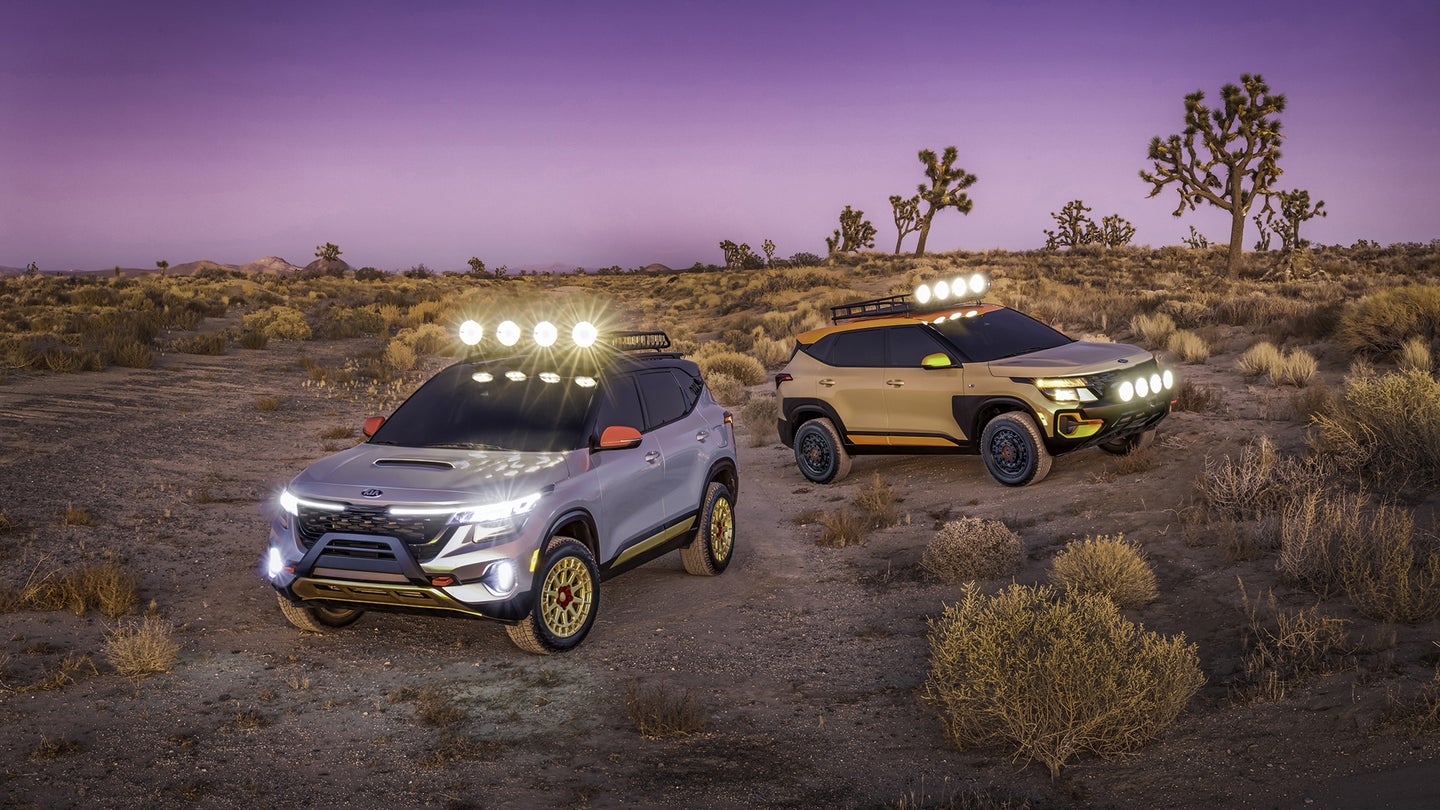 In tandem with the all-new 2021 Kia Seltos' North American debut at the 2019 LA Auto Show, the Korean automaker brought two concepts based on its latest subcompact crossover, teasing some of the new model’s potential: the Seltos X-Line Trail Attack and Seltos X-Line Urban Overland Concepts.

The Seltos is undoubtedly geared towards your everyday drive to the local Costco and school pick-up line, but Kia also wanted to prove that the soft-roader can be loved by enthusiasts. That's why it built this pair of concepts with aftermarket upgrades aplenty.

Featuring a custom two-inch lift, electronically controlled all-wheel-drive with torque vectoring, and a locking center differential, the Seltos X-Line Urban Concept epitomizes the sort of city runabout built to tackle the deepest of potholes and roughest of downtown streets. Complementing the lift is a set of bespoke 17-by-8-inch alloy wheels wrapped in all-season tires.

The X-Line Urban Concept is further accessorized with a quad-Hella auxiliary light setup on its roof to help see through the thickest of San Francisco’s morning fog. There's also the addition of a 10.25-inch touchscreen infotainment and sat-nav system from the top-spec Seltos SX model.

A roof rack and front bumper guard round out the tiny-but-tough look, which is also highlighted by contrasting hues of gold, red, and grey.

While the Seltos X-Line Urban Concept is geared towards the city explorer, the X-Line Trail Attack Concept is for those wanting to go further out. Donning a special two-tone paint described as a tribute to a desert sunset’s "golden hour," the off-roader also gets not four, but eight Hella auxiliary lights—four on the roof and four on the grille.

Like the Urban Concept, all-wheel drive is standard with a two-inch lift kit, raising the ground clearance to 9.2 inches. An added brush guard has been installed, as has a roof rack.

These two might not be heading to production, but they're Kia’s way of inspiring prospective owners to get out and personalize their rides. The new crossover appears to be the perfect size for carrying your gear and hitting the road, making it all the better for those who want to pursue a more active and adventurous lifestyle.

Who said subcompacts can’t be fun?