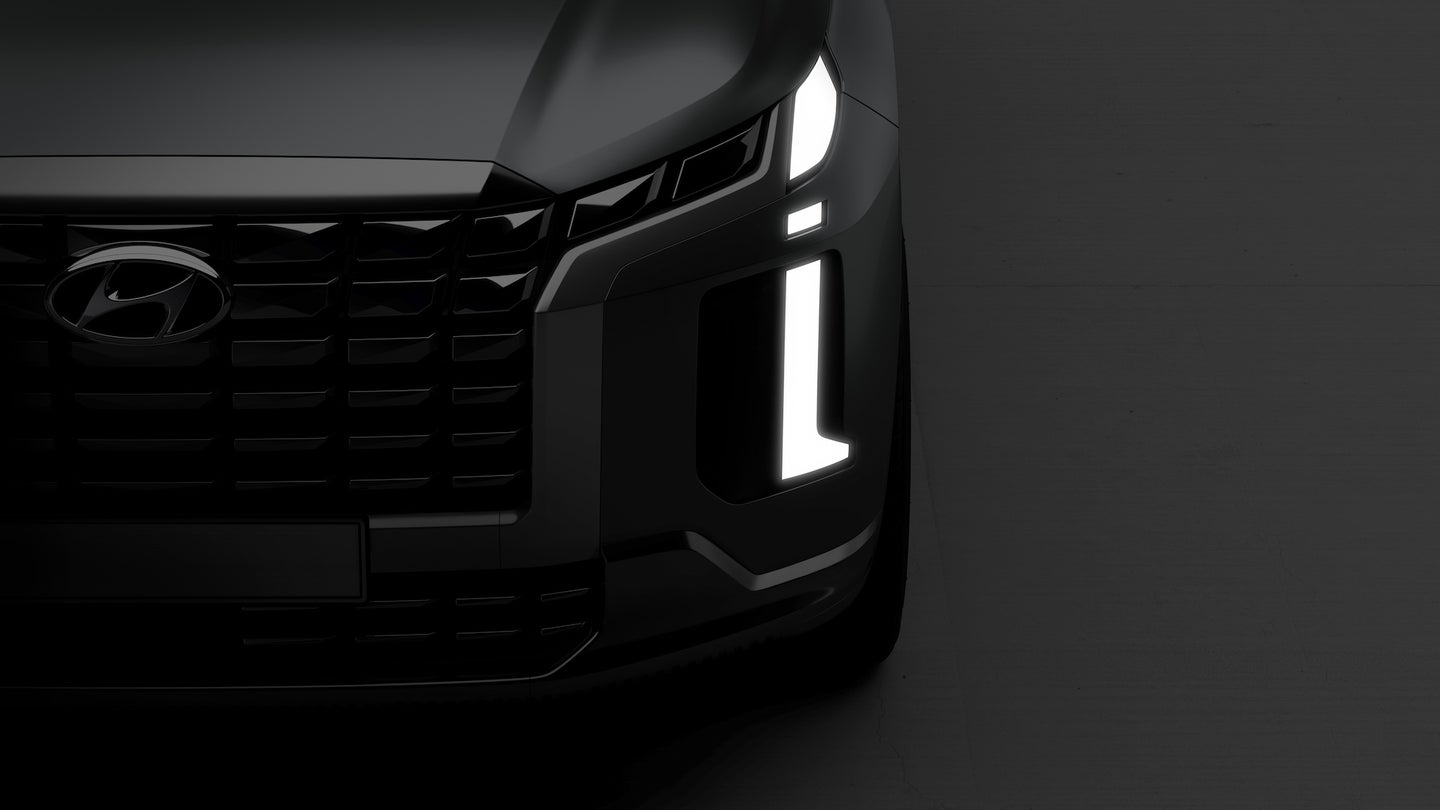 The Hyundai Palisade has been one of the most hotly demanded new cars in recent memory and three years into production, the mid-size crossover is getting what appears to be a pretty significant mid-cycle refresh. Sporting a noticeably more chiseled look, the 2023 Hyundai Palisade can be seen in two teaser images released by the automaker ahead of its full reveal at next week's New York International Auto Show. The revamped Palisade will be unveiled next Wednesday, April 13.

Judging from the provided shots, it looks like the refreshed Hyundai flagship will get a wider grille with a pattern that resembles that of the new Tucson compact crossover and Santa Cruz pickup. The lights and details all look sharper than the existing Palisade's and, to be honest, I kinda dig it. A new wheel design appears to further up the model's luxury-on-a-budget visual appeal, looking like they were taken from the axles of a Range Rover. Let's just hope the aesthetic sprucing also came with a permanent fix for that smelly seat issue.

Anywho, here are the images along with similar angles of the current Hyundai Palisade for comparison.

The Hyundai Palisade and, evidently to an even more extreme extent, its Kia Telluride platform-mate have been wildly popular on dealership floors, with both landing on a list of cars last year that were, on average, selling for more money used than they cost new. Industry lore also says some Kia employees have nicknamed the Telluride the "Sell-u-ride," which may just be the cheesiest thing I have ever heard. "Palisade" is arguably more difficult to turn into a sale-related pun but I'm sure that's not stopping any dealers from selling every single one they get.

In any case, no other details have been released regarding the facelifted 2023 Hyundai Palisade but the car is scheduled to drop on the 13th at 9:45 a.m. ET. NY Auto Show attendees will also be able to see it up close and in person.

Got a tip or question for the author about the refreshed Palisade? You can reach them here: chris.tsui@thedrive.com