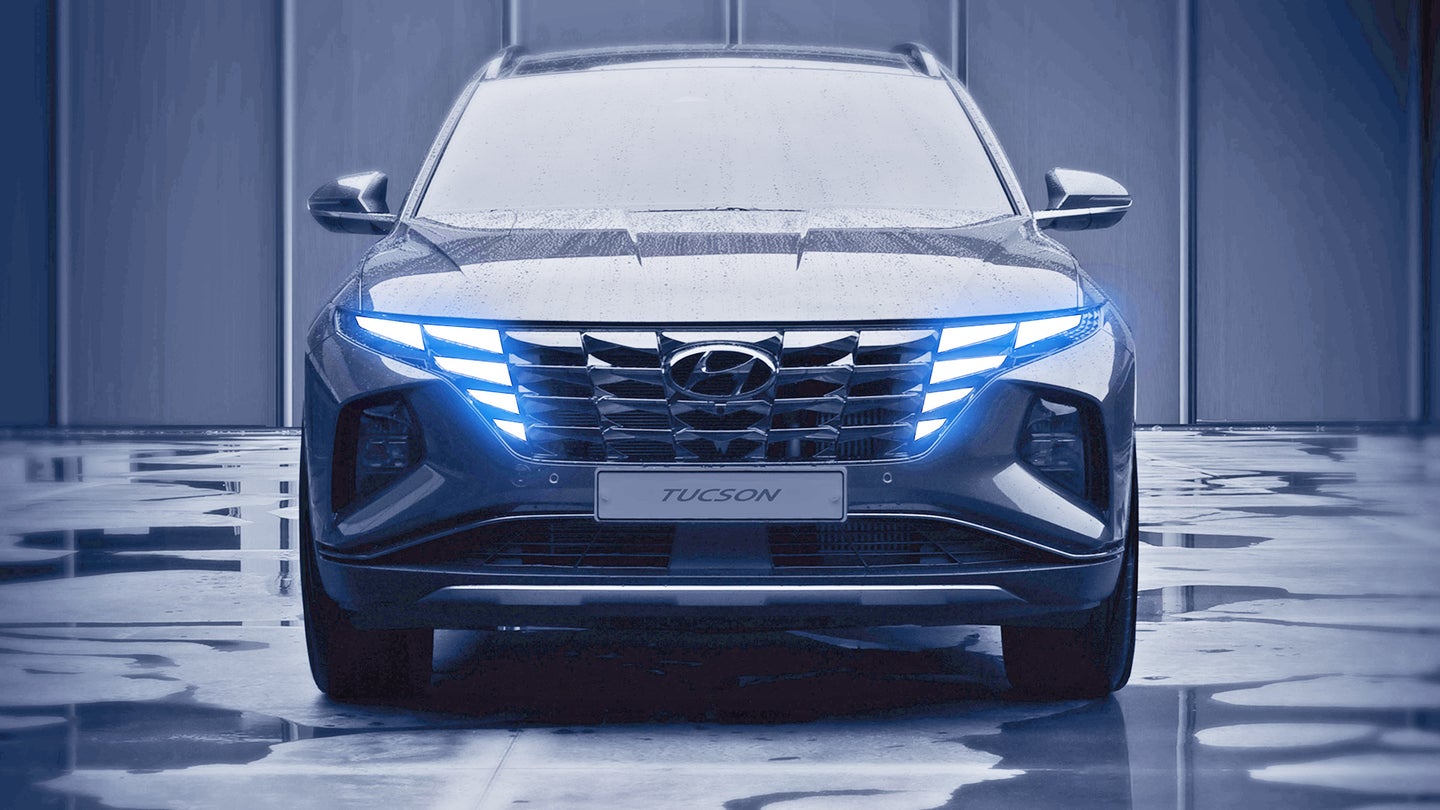 When we here at The Drive first saw the teaser images for the new Hyundai Tucson, we figured that this had to be some kind of concept car. It looked too interesting, what with the angular light patterns that blend seamlessly into the grille when they're off. But no! The next real-life, for-sale Tucson is really going to look like this.

The next-generation Tucson is an all-new crossover SUV that will be the first in its class to offer both short- and long-wheelbase versions. Lightening up the teaser images Hyundai released today gives us our best look yet at the bold exterior design, which is another nice break from all the offensively inoffensive mall-mobiles out there from the Korean marque.

Hyundai calls their grille-mounted daytime running lights "Parametric Hidden Lights," and their disappearing act is the coolest trick in the new Tucson's exterior design. The grille itself features jewel-like detailing, some of which hide the DRLs inside. When the DRLs are off, the lights blend in seamlessly with the rest of the grille's shapes.

The new Tucson is larger and wider than the previous one, with short overhangs, a long hood and angular styling that make it look rather svelte compared to many of its bulbous competitors in that crossover/SUV space.

The angular design language doesn't quit in the back, either, where there's yet another cool-looking lighting feature across the entire width of the vehicle. The extra horizontal lines radiating out from the vertical taillights are really quite nice.

The interior teaser image also looks pretty handsome, featuring what Hyundai refers to as its "dual-cockpit" layout. There's a clear separation between the driver's and passenger's space, which we hope doesn't feel too claustrophobic in a compact crossover, but doesn't look so in the photos. The touchscreen and dashboard functions hover over the rest of the dashboard in a visually pleasing way, and it looks like there's a wide LED screen for the gauge cluster peeking out from behind the steering wheel.

The new Tucson will debut later this month on September 15th. Here's hoping they also confirm that 340-horsepower Tucson N.