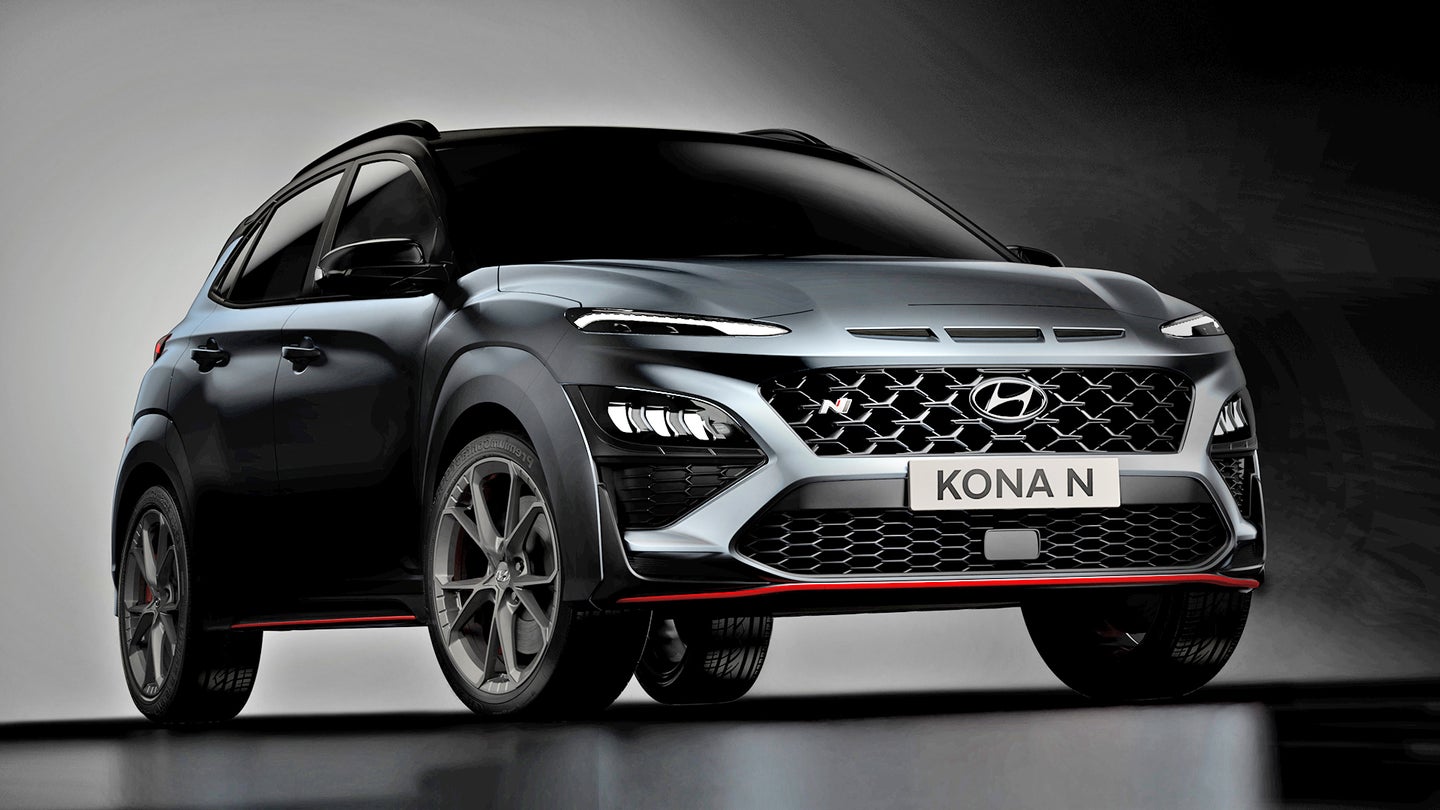 Hyundai sent out what was supposed to be a poorly lit "teaser" for the upcoming Kona N performance mini-crossover, but thanks to the existence of Photoshop (or, really, any photo editing software worth its salt) we pretty much already know what the thing will look like. The shots you see here were originally much darker and less revealing, but cranking up the brightness reveals the Kona N: a jacked-up, four-door Veloster N.

Set to become Hyundai's first performance crossover, the Kona N sports a lower, wider stance than the regular Kona and rocks some appropriately athletic bodywork. Its front lights feature a different signature, are placed between a trio of additional "intakes," and hover above a lower grille area that's apparently inspired by an aeronautical fuselage.

Around the back, it's got a double rear spoiler split up by a triangular third brake light, an aesthetic that's become a bit of a hatchback Hyundai N signature. A pair of aggressively large exhaust pipes come out of an equally aggro rear diffuser while body-colored fenders were chosen to make the Kona N look less lifted. Less SUV-like, essentially.

Of course, it's all wrapped up by red pinstriping and the obligatory big wheels—wheels that, as one of my editors couldn't help but notice, are wrapped in Continental summer tires rather than the Pirellis that come on the Veloster N, which means... something.