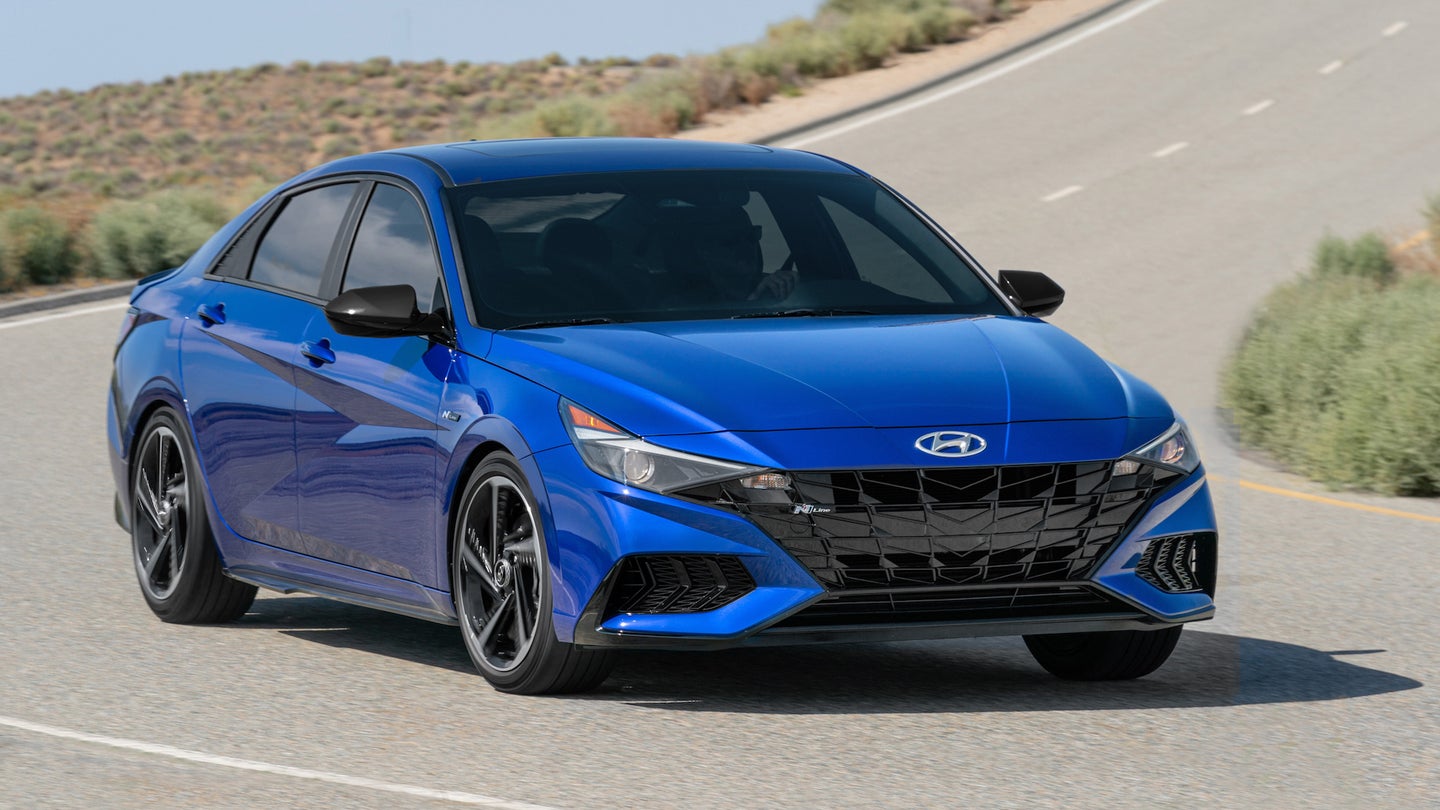 Just as the world's automakers step back from coupes and sedans in favor of SUVs and crossovers, Hyundai is actually doing the opposite, making the right calls to increase its car presence in addition to bolstering its crossover and SUV lineup. Today, the company announced the release of its 2021 Elantra N Line, which is a performance-oriented variant of the subcompact sedan. And just like its "N" predecessor, the Veloster N, the Elantra N Line will be available with a manual transmission.

The Elantra N Line is powered by a 201-horsepower, 1.6-liter turbocharged four-cylinder engine that pairs to either a six-speed manual or a six-speed dual-clutch transmission. Hyundai says its engineers worked to stiffen the Elantra’s multi-link independent rear suspension for better handling without making it too impractical for daily use. In addition, the N Line comes equipped with larger front brake rotors and 18-inch wheels.

The N Line’s styling is also a departure from the Elantra norm. The car’s bodywork has been massaged to make it look “low and wide,” as the company says, and the lower front fascia has been improved to increase engine cooling and aerodynamic performance. In terms of equipment, the N Line is positioned well. It comes standard with a long list of driver-assist features, such as blind-spot monitoring, rear cross-traffic alerts, and others. Wireless Apple CarPlay, a Hyundai Digital Key, and Android Auto are included as well.

The Veloster N was Hyundai’s pioneering “N-Car” here in the U.S., but the somewhat tamer N Line will soon include two vehicles, as the Sonata N Line is set to be released later this year, too. That car is expected to make at least 290 horsepower from its 2.5-liter inline-four engine and will sport similar styling.

Pricing and release date for the new Elantra N Line haven’t been made public, though we know that Hyundai is expanding the Elantra line even further, at least in Korea, with the release of a Hybrid model that will be powered by a 1.6-liter four-cylinder engine coupled with a 32-kW electric motor.

2021 Hyundai Elantra: This Radical Compact Gets a Hybrid Engine and Wireless Apple CarPlay

Its father once designed Lamborghinis—and it shows.