Bentley Will Introduce Five New EVs Between 2025 and 2030

Although unconfirmed, it’s likely that the Bentayga, Flying Spur, and Continental GT will all get electric successors sometime within the decade. 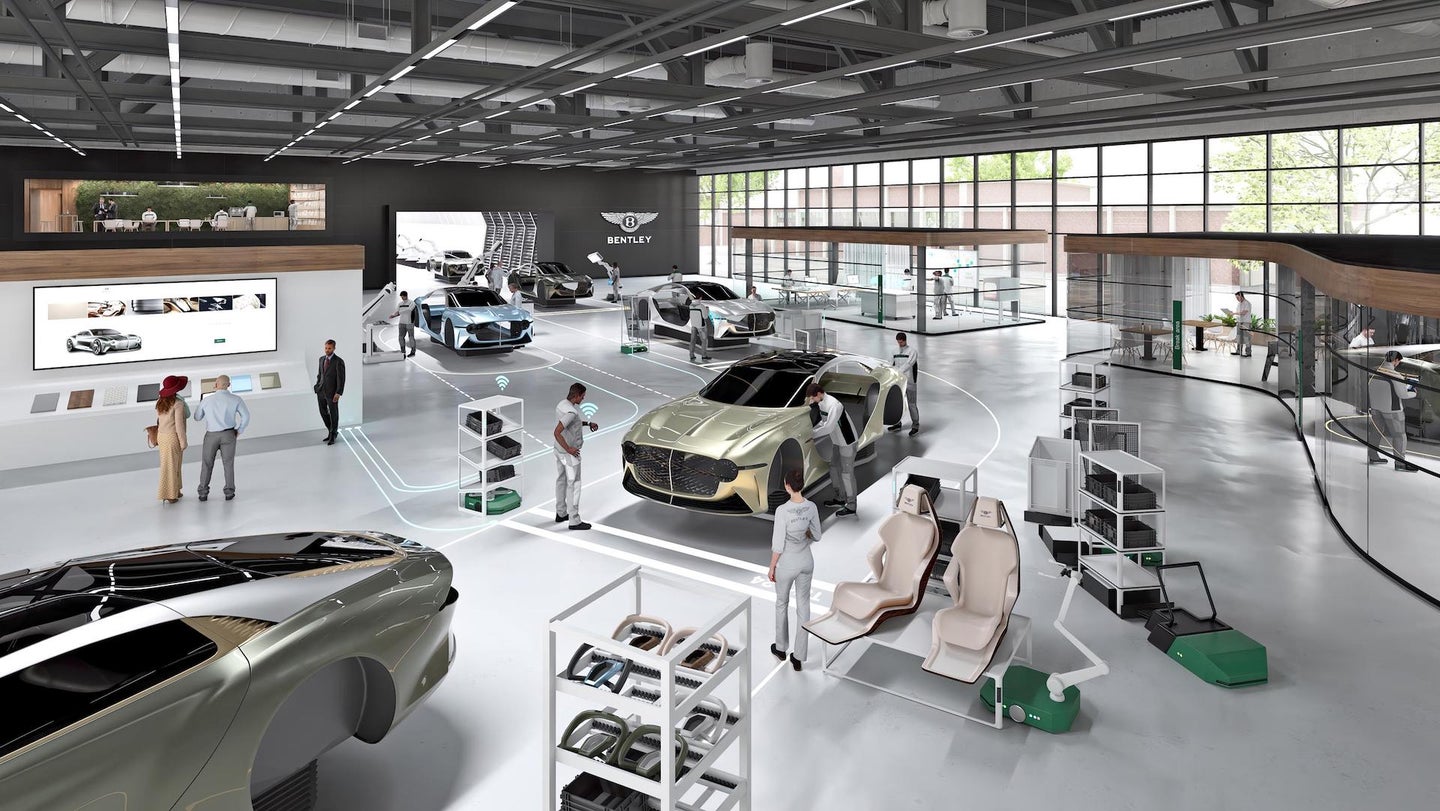 After this morning's news that Bentley will debut its first EV in 2025, the ultra-luxury automaker announced plans to roll out a new EV every year afterward for the following five years in an initiative the company calls the "Five-in-Five" plan. This means there will be a new electric Bentley every year between 2025 and 2030.

The company stayed mum about what exactly those five Bentley EVs would look like, but we're gonna go out on a limb and presume that three of them will very likely either be electric versions of, or successors to the three main existing models in Bentley's current lineup: the Bentayga SUV, Flying Spur sedan, and Continental GT.

Just like that first electric Bentley slated for 2025, all five of those subsequent electric offerings will be designed and developed in-house at Bentley's Crewe HQ and it's all part of the brand's $3.4 billion investment into sustainable luxury automaking. The investment not only involves the electrification of Bentley's products but also making its manufacturing and operations more sustainable.

For example, it'll reportedly up the number of solar panels at its headquarters from 30,000 to 40,000 over the next two years. The company even says it's looking into sustainable biofuel as a way to make its Heritage Collection less taxing on the environment.

Bentley aims to become a carbon-neutral company by 2030.

Got a tip or question for the author about Bentley's EV plans? You can reach them here: chris.tsui@thedrive.com

The End Is in Sight For the Bentley W12

Bentley’s big bruiser will soon be a thing of the past.

Behind the giant steering wheel of the iconic Bentley Blower, everything requires planning ahead.