It aims to “make Model S Plaid as quick around a racetrack as it is at the drag strip.”

Going fast in a straight line was never really a problem for the 1,020-horsepower Tesla Model S Plaid but its prowess on a winding racetrack, evidently, still left room for improvement. To further optimize it for Nürburgring use, Tesla is rolling out Plaid Track Mode on Model S Plaid vehicles in North America starting this week.

Aiming to "make Model S Plaid as quick around a racetrack as it is at the drag strip" and building upon the regular, non-Plaid Track Mode that appeared on the Model 3 Performance in 2018, Plaid Track Mode not only puts everything into its most aggressive and performance-oriented setting but also lets the driver tweak stability control levels, handling balance, and regenerative braking to their liking.

To combat the extreme temperatures that come with trackwork, Plaid Track Mode takes extra precautions to regulate the heat of the battery and motors. It also increases regenerative braking power, which results in more energy recaptured per stomp of the brakes and is said to provide better thermal management (thanks to less load on the friction brakes) as well as "better modulation and controllability with a single pedal."

The new Tesla driving mode then delivers full lateral torque vectoring in the rear. That is, more if not all of the rear torque will be sent to the outside wheel while cornering, actively pivoting the car through the turn. This works in tandem with stability control that's placed into Race mode which takes into account steering angle and pedal inputs to intelligently allow tire slippage. It also adjusts torque distribution to help place the car where the driver wants. The adaptive suspension then switches over into its most aggro configuration for less roll and better response. Ride height, predictably, is set and locked into its Low setting and will not automatically raise for the sake of comfort.

Back in September, a stock Tesla Model S Plaid (round steering wheel notwithstanding) was said to have broken the four-door electric car lap record at the Nürburgring Nordschleife, posting a time of 7:30.909, allegedly beating the Porsche Taycan Turbo by about 12 seconds. Porsche has yet to set a time with the Turbo S in any public, official capacity.

After announcing the time on Twitter, Elon Musk promised a "track software update" within the following weeks. Well, it looks like it's arrived. Whether or not the "completely unmodified, direct-from-factory" Model S Plaid was running Plaid Track Mode during that September 2021 'Ring run is unclear.

Got a tip or question for the author about Plaid Track Mode? You can reach them here: chris.tsui@thedrive.com 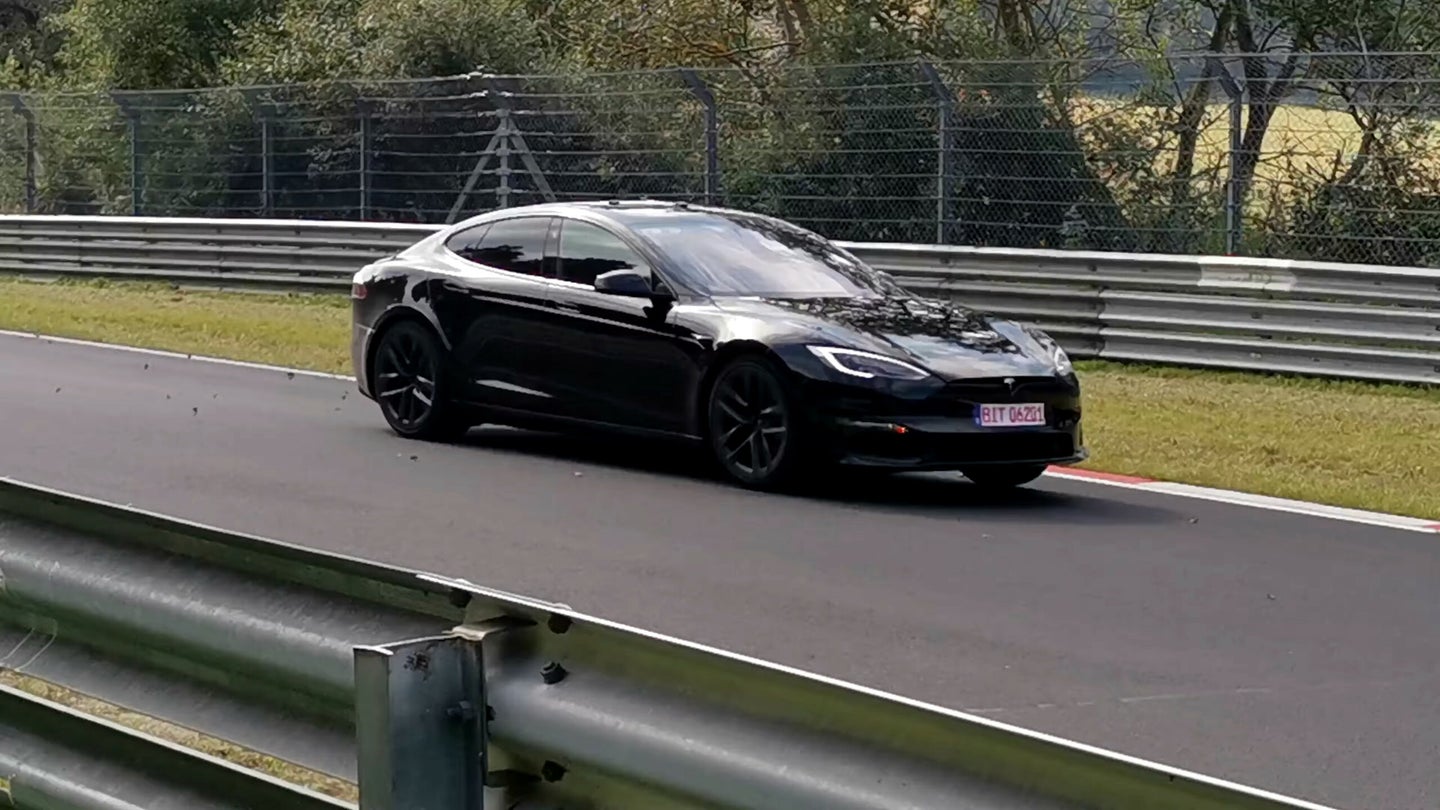 The Tesla CEO says the Model S Plaid has snatched the crown for electric production cars at the famous German racetrack. 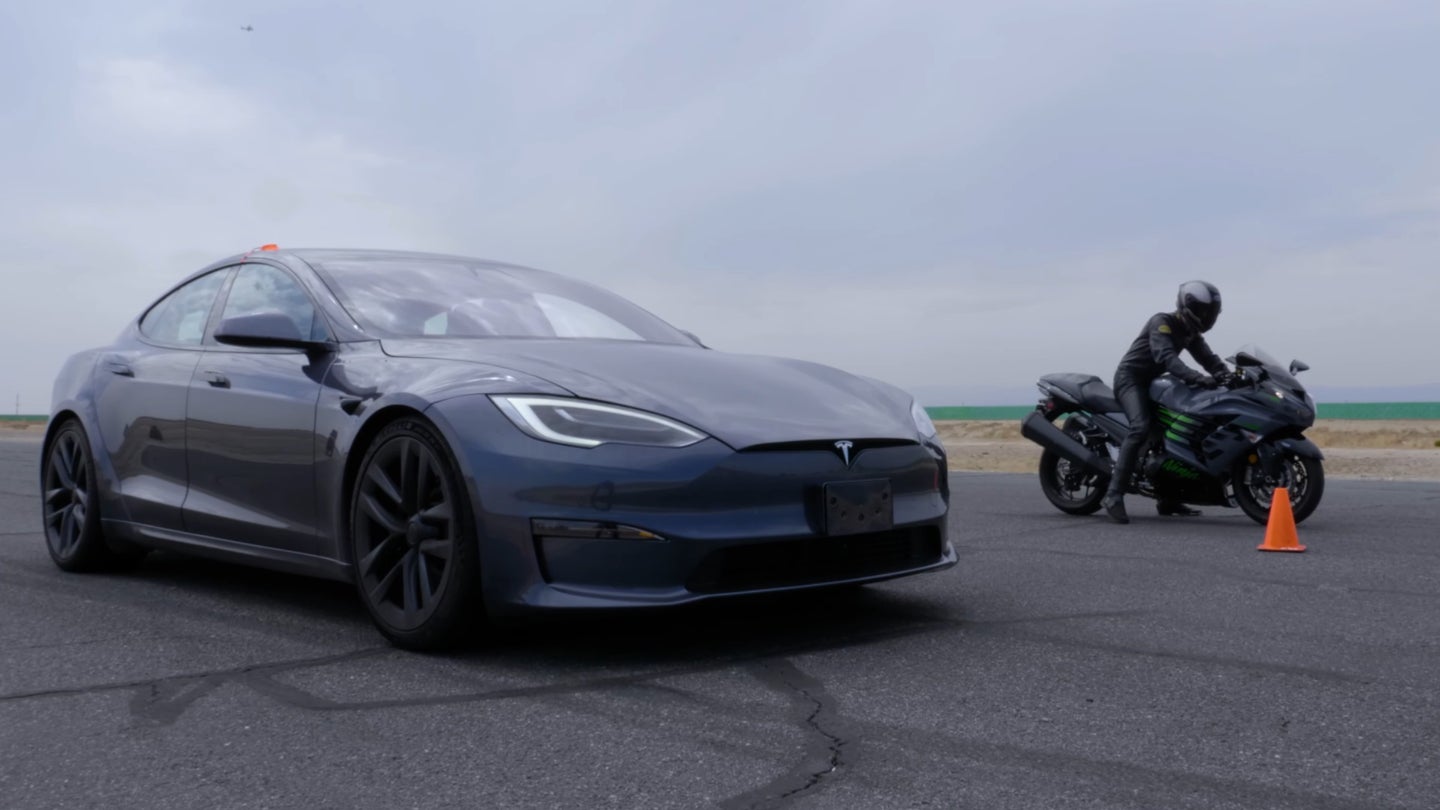 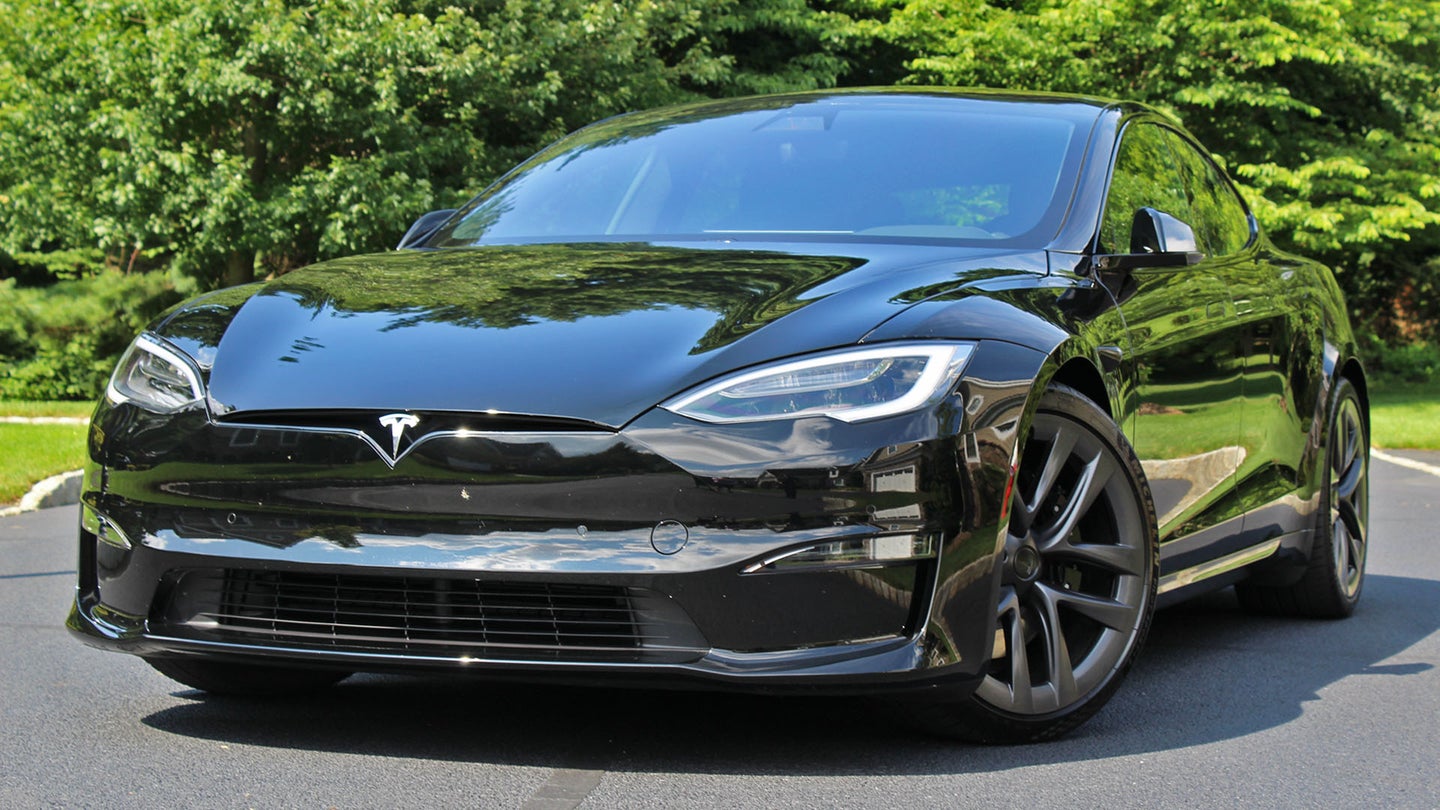 Tesla’s Model S Plaid has controversial quirks, including that steering wheel yoke. But it’s something far more potent than anyone could’ve imagined.