Prepare to make fewer stops at the pump. 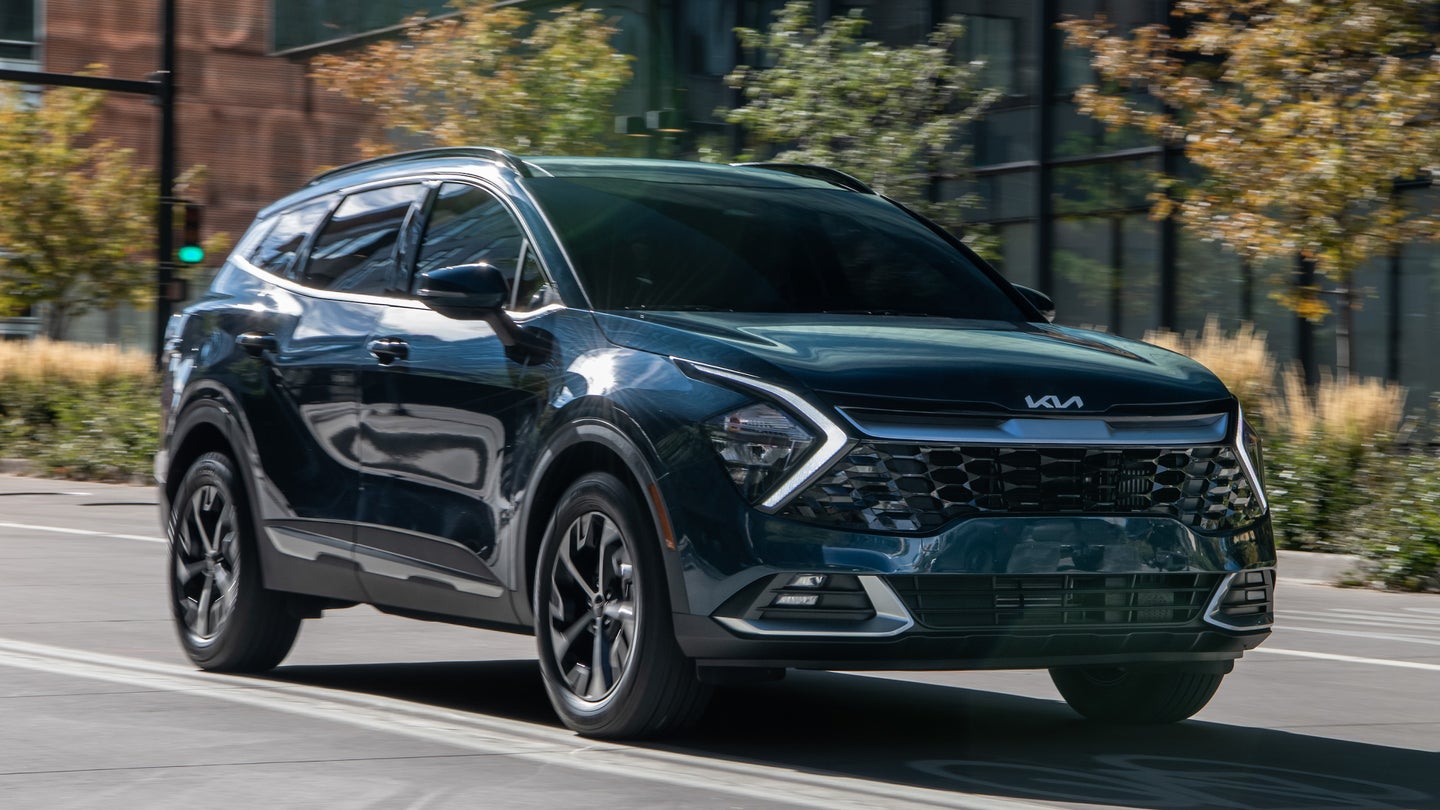 If you enjoyed the strikingly alien looks of the redesigned Kia Sportage but were looking for a more environmentally friendly way of getting from A to B, Kia's got you covered with the 2023 Kia Sportage Hybrid. It is, you guessed it, a hybrid version of the Kia Sportage crossover.

The electrified Sportage uses the company's ubiquitous 1.6-liter turbo-four engine but throws in a 44-kW hybrid electric motor to make 226 combined horsepower. Kia is targeting 39 mpg (2 mpg better than the hybrid Sorento) and claiming more than 500 miles between fill-ups. Front-wheel drive is standard while active all-wheel drive with a center-locking differential is available. Towing capacity comes in at an allegedly class-leading 2,000 pounds.

Inside, a pair of 12.3-inch screens (one in the middle, one serving as gauge cluster) is also available while wireless Apple CarPlay and wireless Android Auto integration are standard. Naturally, a bunch of Kia's active safety and assisted driving systems are also standard equipment, such as the Driver Attention Warning that tells you to take a break if it detects fatigue or distraction, Lane Follow, Lane Keep, Forward Collision Avoidance, Rear Occupant Alert which reminds the driver to check their back seat for children, pets, or belongings when exiting, and rear parking sensors.

As with the regular, gas-only Sportage, this car is built on the same N3 platform that serves as the basis of the aforementioned Sorento, and makes it quieter and better to drive than before. The new Sportage is also bigger than the vehicle it replaces, apparently boasting the most rear legroom in the segment as well as the most cargo space. With the introduction of this new hybrid model, however, Kia says Sportage CO2 emissions are almost 40 percent lower than the last model.

Got a tip or question for the author about the Sportage Hybrid? You can reach him here: chris.tsui@thedrive.com

Here’s How Kia Plans to Go Carbon Neutral by 2045

Two teams put the new PHEV through its paces on a punishing 1,500 off-road course.