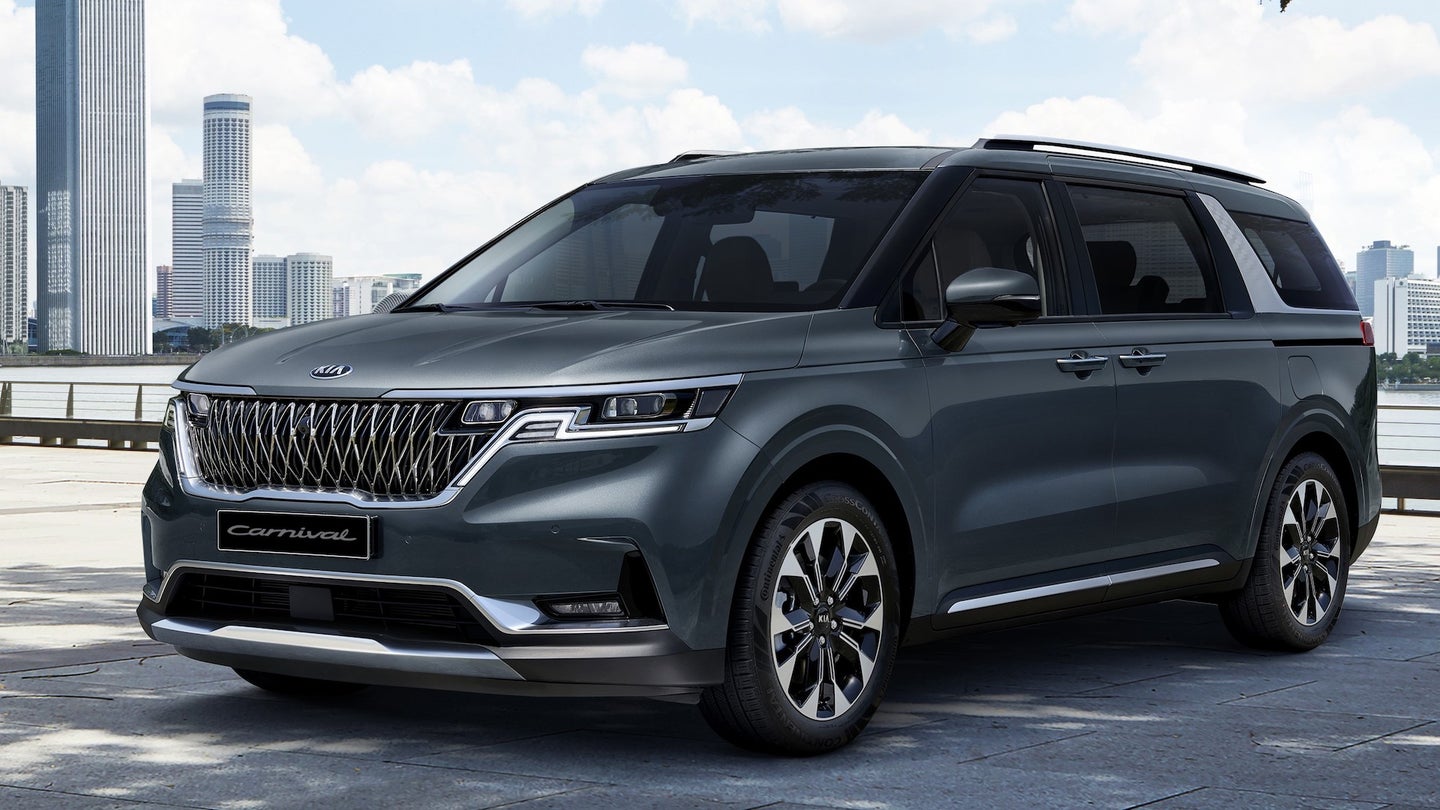 Everybody wants the rugged capability and ride height of an SUV, but not everyone can tolerate their so-so fuel economy and cramped third-row seats. On the other hand, everyone loves the practicality of a minivan, but driving one has become seriously uncool in recent years, especially with crossovers and SUVs of all sizes ruling the streets. Perhaps that's why the new Toyota Sienna and Venza have a little more SUV flair to them, and in the not-too-distant future, so will the Kia Sedona "grand utility vehicle."

Revealed under the Carnival nameplate, by which the Sedona is known as around world, the next-gen Sedona's A-pillar has been moved rearward to lengthen and flatten the hood for more SUV-like proportions. Its wheelbase has been correspondingly lengthened to preserve interior space, which has always been one of the minivan's biggest advantages over other body styles. Despite applying the new "GUV" acronym to tempt buyers back into what's still the ultimate form of family vehicle, Kia doesn't kid itself about what the Sedona is at heart—it acknowledges that the Sedona is still a minivan.

While Kia has yet to discuss the new Sedona's mechanicals, The Korean Car Blog indicates it will share a platform with the overhauled Optima, and offer powertrains that echo those found in the recently redesigned Sorento: a 2.5-liter gasoline and a 1.6-liter hybrid option. In the Sorento, these generate 277 and 258 horsepower, and 310 and 258 pound-feet of torque. Kia confirmed in 2019 that a plug-in hybrid (PHEV) Sorento is also on the way, and it stands to reason that this powertrain could also find its way into the Sedona to square up with the equivalent Chrysler Pacifica.

Which powertrains will be available for US-market Sedonas remains unclear, as does its arrival date; Kia has only promised a Q3 launch for the new Carnival-slash-Sedona in Korea, with the rest of the world remaining unknown. When it drops, we'll find out if it has evolved into a true rival to its Chrysler, Honda, and Toyota competitors, or lags behind as the last Sedona did.