Kia is insisting you don’t call it a minivan. 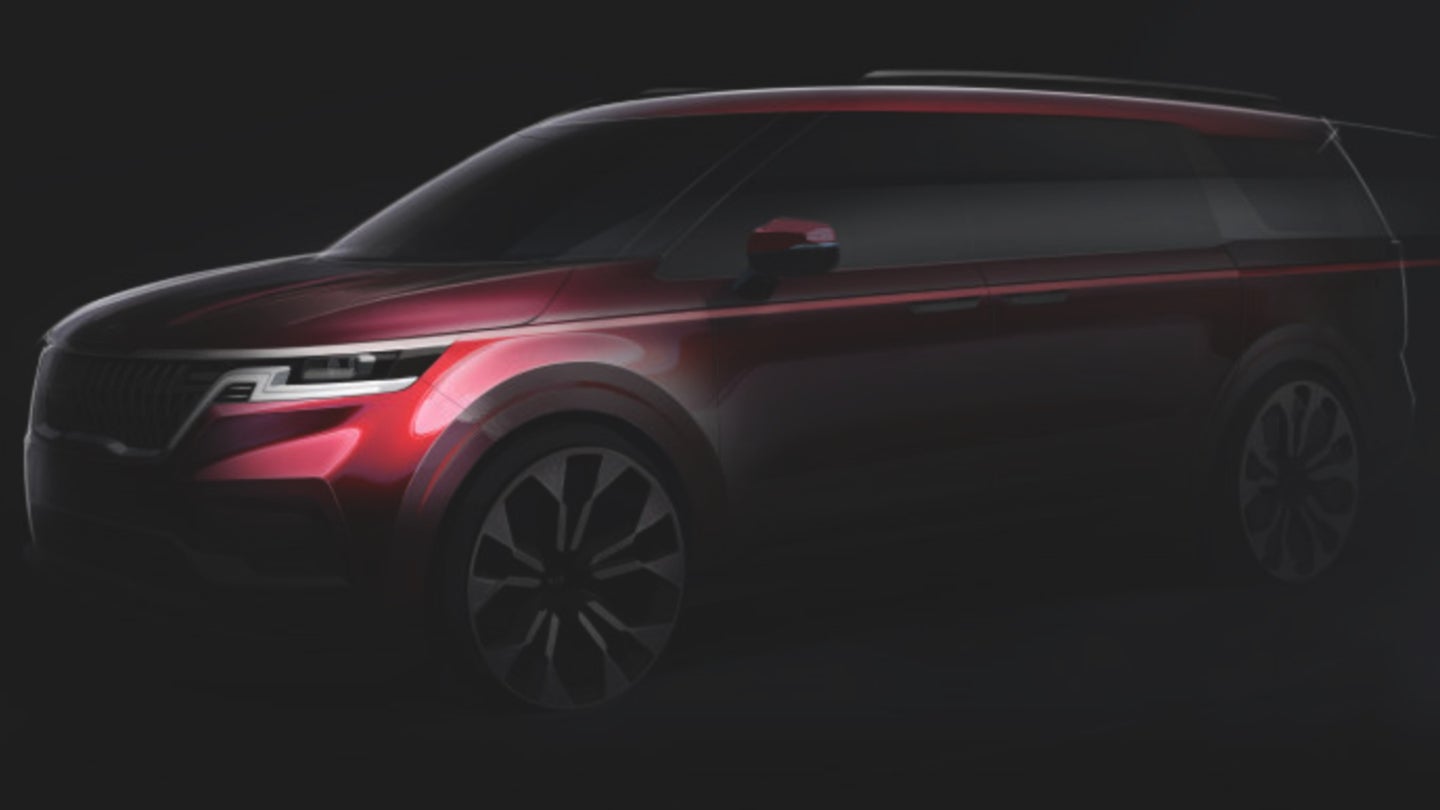 There's a lot of good arguments as to why the humble minivan actually has more utility than an SUV, especially if you have kids. However, the minivan has been treated poorly by popular culture, similar to the cubicle. Just like working in a cubicle, the optics of buying a minivan are disastrous. You have given up. You're not fun, you're a drone! You're just another member of the hive, making honey, spreading pollen... I'm not sure where I was going with this.

But what if you buy a Grand Utility Vehicle? That's just what Kia is hoping you'll do. We know this because Motor 1 has spotted the brand testing their new GUV in all of its not-so-minivan glory. Despite being obscured by camouflage, it actually looks pretty close to Kia's previously released concept images and, as a result, pretty sharp.

Similar to the outgoing and incoming Kia Optima, the new Sedona has a bottom-of-the-headlight DRL that stretches all the way up next to the grille. If you look closely comparing the spy shots and the concept image, you'll notice the real Sedona actually has the wheels seen in the concept, albeit in a smaller diameter.

This new Sedona is also thought to be both longer and wider than the outgoing car to allow for a roomier interior. There's no news on the drivetrains, however. The current Sedona has Kia's 3.3-liter V6 that makes a respectable 276 horsepower. It's mated to an eight-speed automatic transmission, however, power goes to the front wheels only. It's not clear if Kia will offer AWD to compete with other minivans equipped with it, such as the Chrysler Pacifica.

It was suspected the new 2022 Kia Sedona would've debuted at the New York International Auto Show in April, and then perhaps again when the event was rescheduled to August, but obviously everything like that was canceled. It will go on sale in South Korea under the Carnival name in the third quarter this year, however, it's unclear when it's coming to the U.S. We'll be looking forward to evaluating its grand utility when it does.