If the real Ferrari 250 GTO is legally considered a work of art, what about this drivable sculpture?

There's no car more expensive and coveted than the Ferrari 250 GTO. It's so desirable that it's even legally considered a piece of art. That being said, most ordinary Joes out there—myself included—could only dream of owning one of the 36 examples ever produced.

One Vietnamese woodworker, Truong Van Dao, decided to no longer let his dream stay a dream and put in over two months of hard work to carve a miniature drivable 250 GTO out of wood. It's also not the first time we write about Van Dao, as he also built his son a sweet Lambo Sian not that long ago.

For starters, the woodworker used a pair of wheels powered by a single electric motor, similar to that of an electric kart. Van Dao built a metal tube frame chassis to support the drivetrain and a tray that housed the batteries. A full suspension and steering mechanism was then fitted to the chassis before carefully applying the wooden body to it.

Next, a chainsaw was used to cut the rough profile of the classic Italian GT car. He continued to cut into the wood to build accentuating features, fitting a roof and other small, important elements. Seriously this thing gets detailed—a rearview mirror, gauge cluster, bucket seats, Ferrari emblem, carved license plate, plus working headlights and turn signals.

Once the miniature Ferrari was finished, the woodworker and his son took it for a ride out in the streets of Vietnam. We're going to guess that it won't break any speed records since it was getting passed quite easily by bicycles, but this 250 GTO isn't about speed anyway.

This isn't the first time that a hand-carved car has been featured on the channel. Nearly a year ago the woodworker carved several scale models of cars like the Honda Civic Type R and has progressed to full-size driveable examples of the BMW 328 Hommage concept, Buggati Centodieci, and more. For all of his hard work, the YouTuber says that he was rewarded with a real Mercedes-Benz, which he can be seen swapping the wooden project for at the end of the video.

There's no mention of the total cost of the project, but our guess is that most of the investment is pure labor, as the wood used in the project is reclaimed from discarded trees. And that is probably for the best, considering that the price of wood today might creep up on 250 GTO price territory anyway. 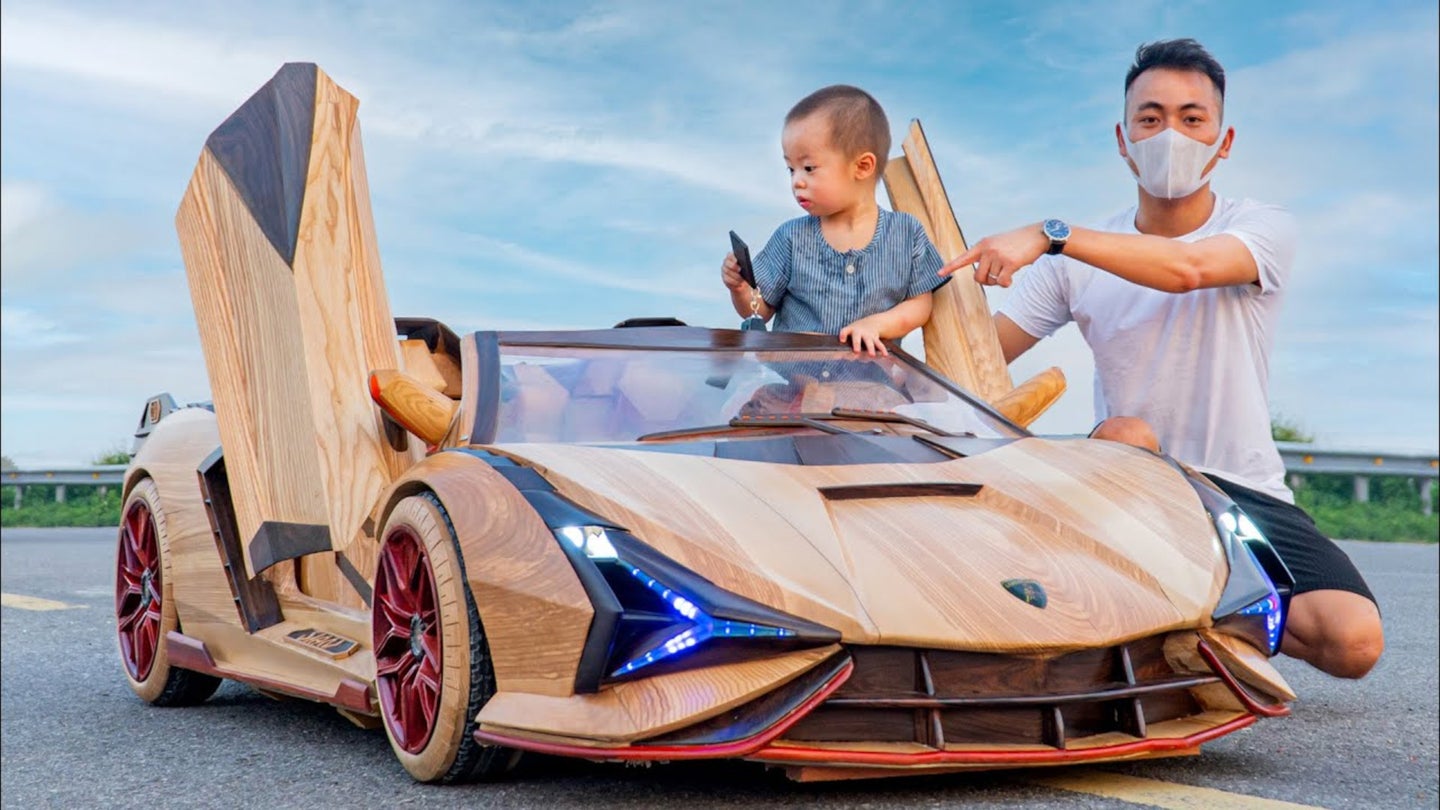 It’s got all the mod cons, and yes, it runs and drives. 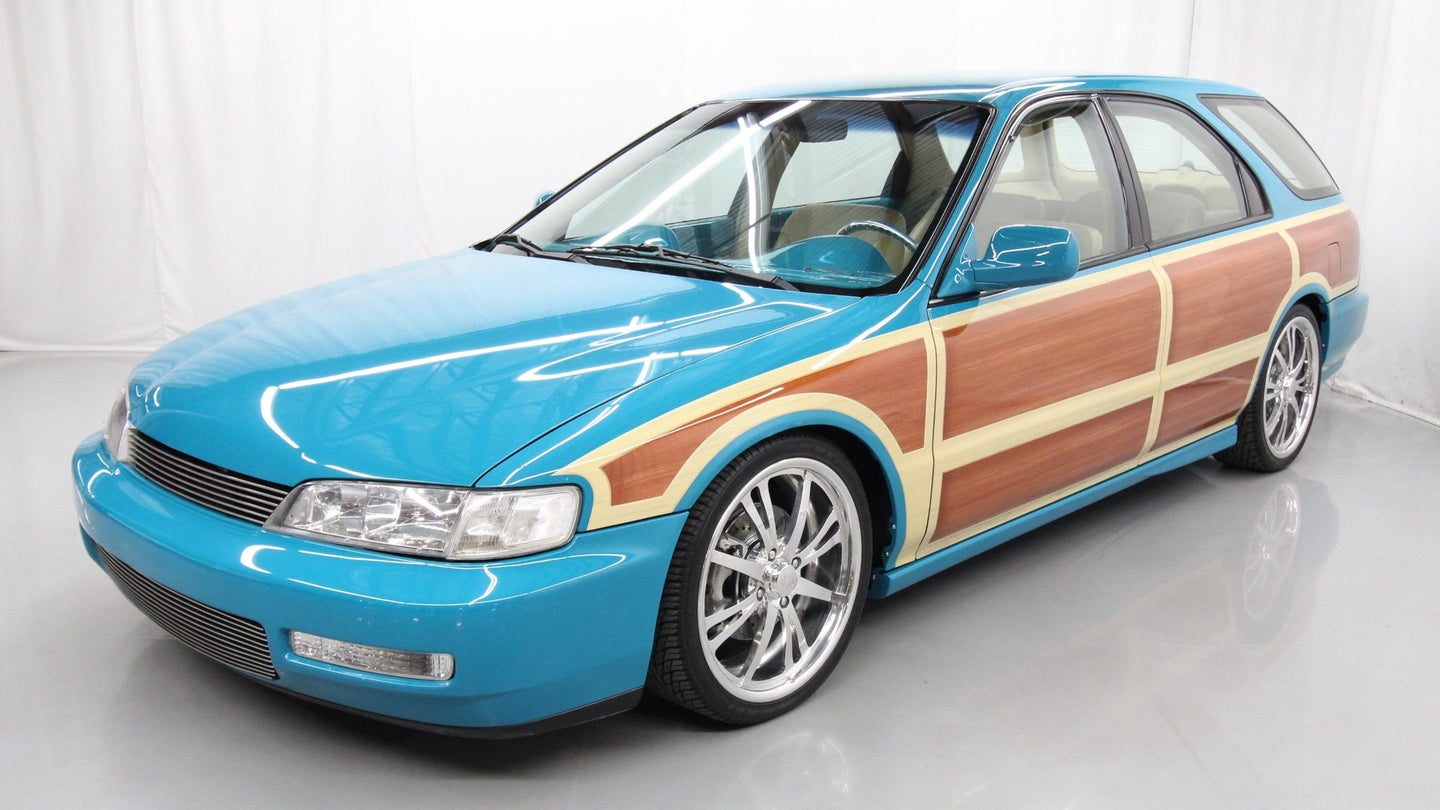 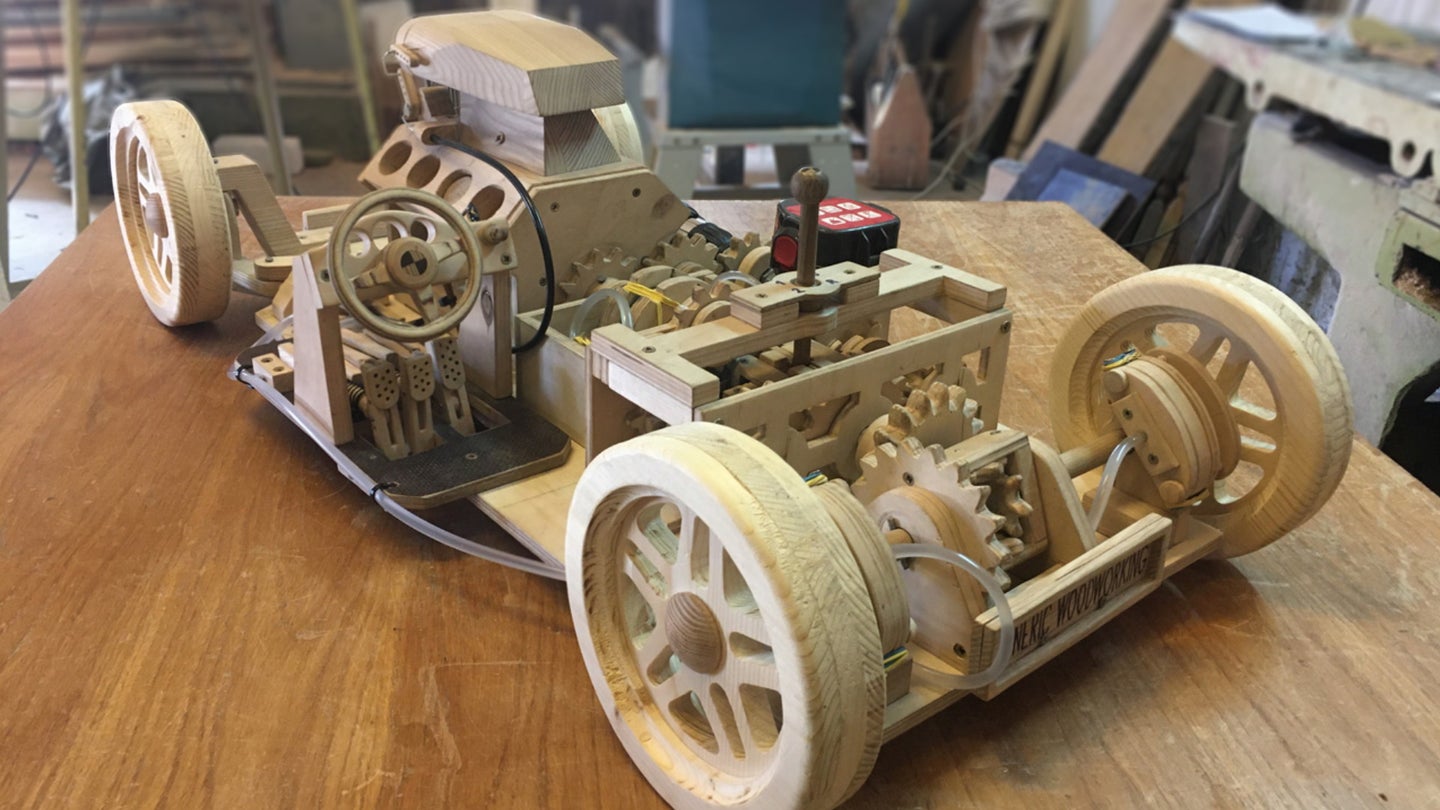 It has a working differential, speedometer, and even brakes. 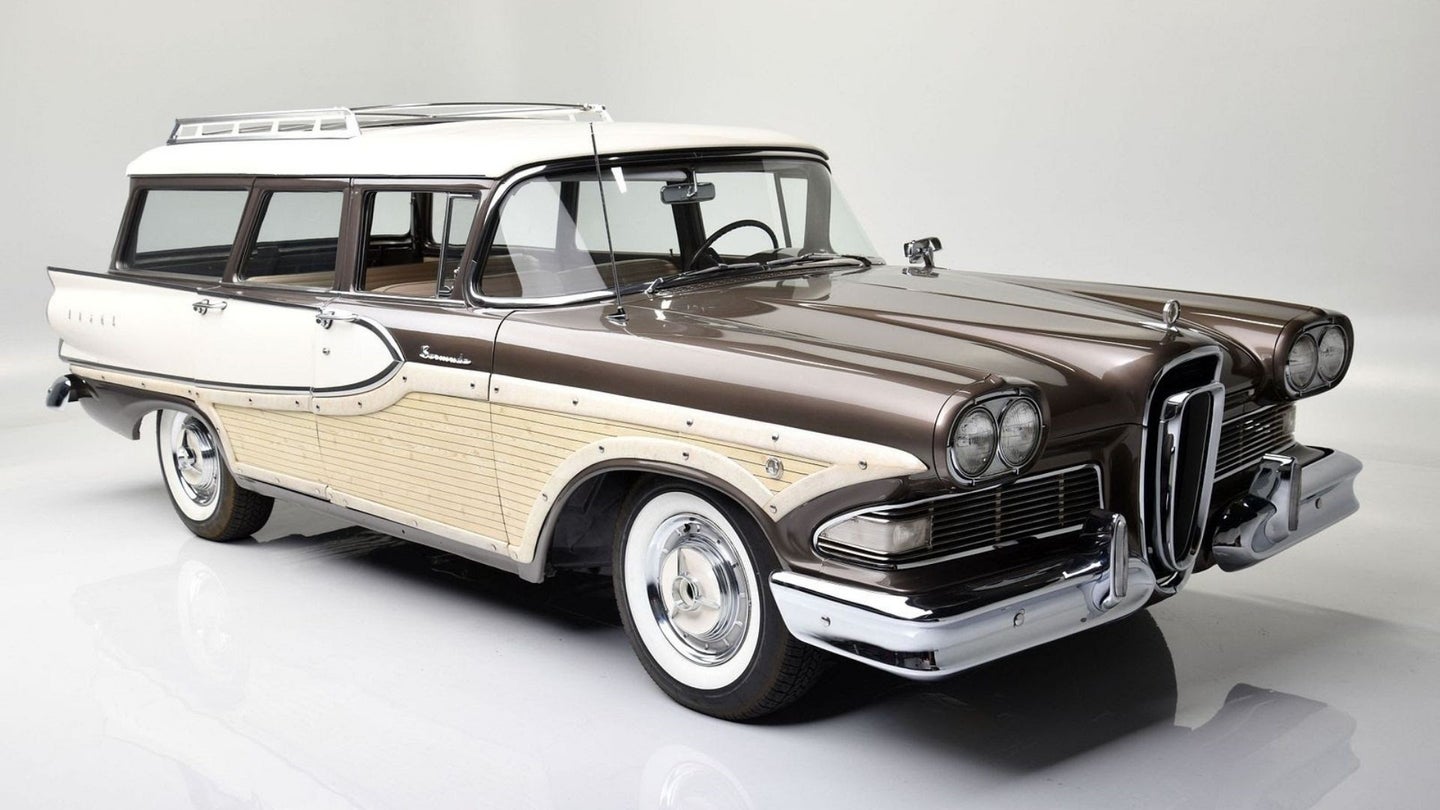 Barrett-Jackson will be auctioning off these two pieces of history in March. 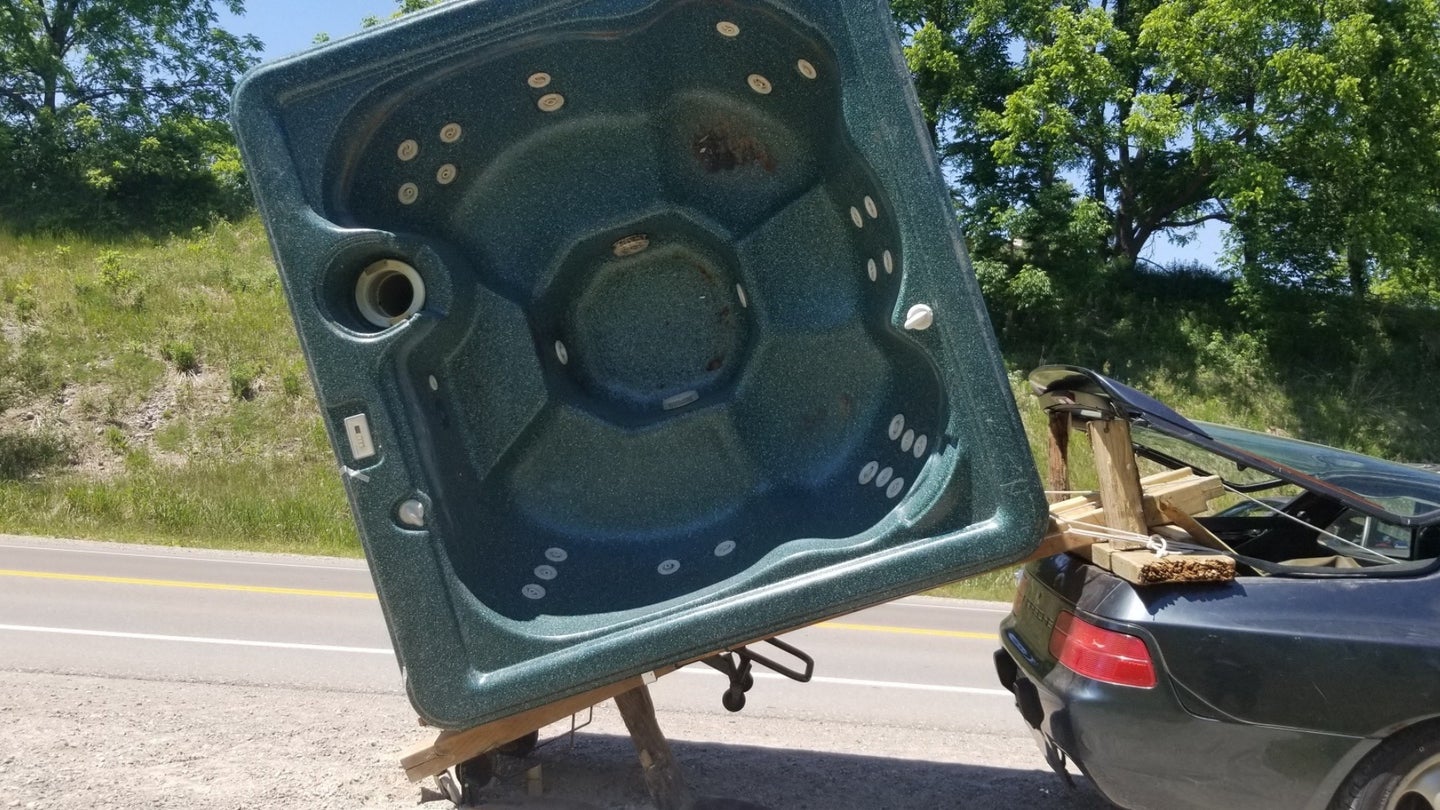