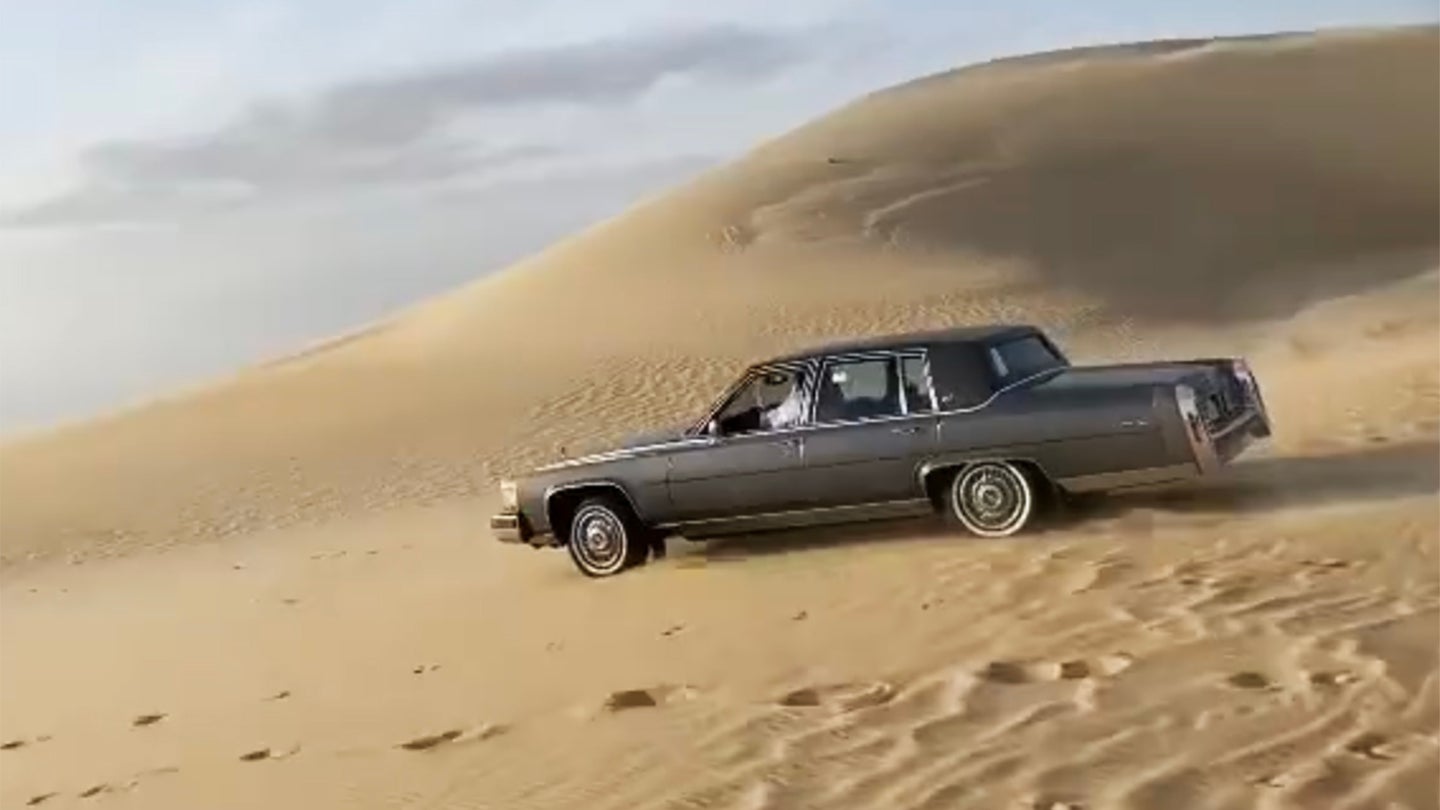 More Brougham than bro-dozer, this 1986 Cadillac's soft suspension and truck-like body-on-frame construction make it surprisingly suitable for use on loose surfaces, such as the sands of the deserts outside Dammam, Saudi Arabia, if Twitter commenters' video location is accurate. They identify the source of the video as Instagram account @abo_fe9al007, and the driver of the car as one Prince Nasser Nawaf, seemingly a member of the Saudi royal family. If the Instagram account—allegedly operated by a friend of the Prince's named Abu Faisal—is anything to go by, the Prince himself is quite a fan of off-roading, as you'd certainly hope from a car enthusiast living in a country with so much sand.

This well-to-do Saudi royal appears to have a taste for older General Motors products, as videos recently uploaded to his 'Gram show him beating the bejeezus out of a well-preserved GMC Sierra 1500 step-side from the 1990s. With most of the world practicing social distancing, a retreat into the desert for a bit of tomfoolery strikes us as—unusually for Saudi royalty—the socially responsible thing to do.

Better to hoon legally and burn some gas while it's cheap, after all, than get up to mischief like illegal street racing.

Diving into the wildest CarFax report we’ve ever seen.